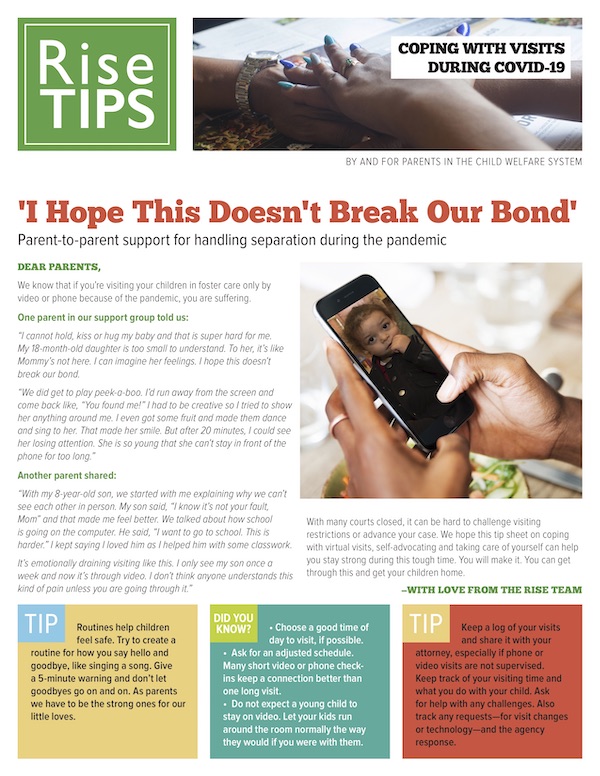 TIPS for Visiting During COVID-19

We know that if you’re visiting your children in foster care only by video or phone because of the pandemic, you are suffering. We hope this tip sheet and resources on coping with virtual visits, self-advocating and taking care of yourself can help you stay strong during this tough time. You will make it. You can get through this and get your children home. —WITH LOVE FROM THE RISE TEAM