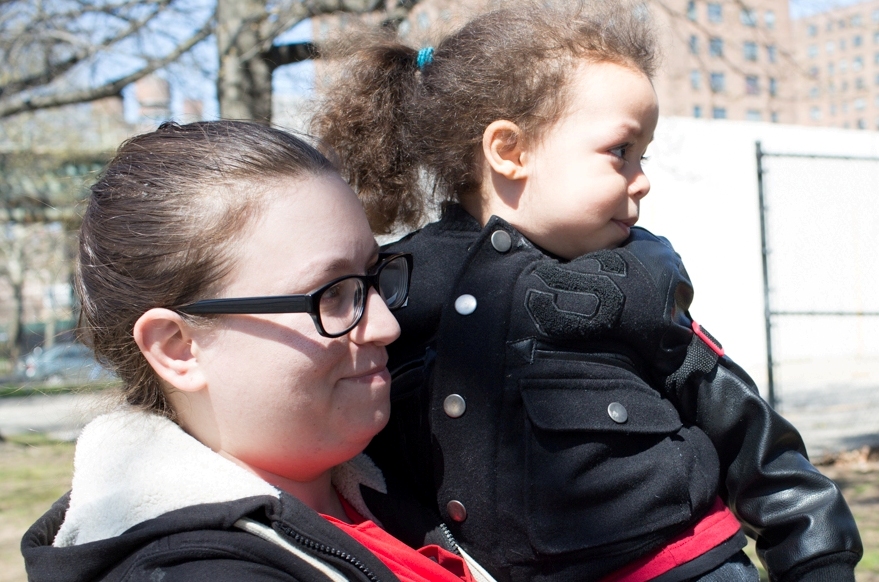 Sara with her son, Aaron

I lost custody of my daughter after having to make a decision that no parent should ever have to make. Should I fight the termination of parental rights (TPR) or should I “voluntarily” surrender my parental rights with a small chance that I might get visits and pictures and we might be able to write to each other? I was given this choice by the ACS worker when I was going to court—sign the TPR or never see my baby again.

I was told if I fought TPR, my chances of winning were pretty low—I was told that most parents lose. They also told me that the kids’ father was fighting for custody, and the only way I could stop that from happening was to sign the TPR. They didn’t give me a chance. They asked for my side of the story, but chose not to listen.

I know other people who were given the same dreaded choice. Data showing low rates of TPRs in NYC upsets me because it doesn’t take situations like this into account. The system is corrupt. They make up stories to convince you to do what they want. When parents “voluntarily” surrender their rights in this type of situation, it is not considered TPR—but it is legal kidnapping, and they target people who are poor and have mental health challenges.

My rights were terminated because, for a long time, I couldn’t make the visits because I was in an abusive relationship. I did not harm my baby and always tried to protect her. I could have and would have gotten help to be a good mom to her, but the courts didn’t believe my story.

After surrendering my rights, I realized that I wouldn’t be getting my visits, pictures, phone calls or even letters. Even if you voluntarily surrender your rights, the adoptive parent(s) can decide not to follow the rules at all and not even get in trouble.

I decided to take the foster mom back to court. I wanted to fight for visitation rights.

However, things didn’t go as planned. The judge herself threatened that if I went through with fighting for visits, my whole life could be re-evaluated, including possibly losing my son, Aaron, to the system again. She said I would have to see a psychiatrist.

At that time, I had just gotten Aaron back and we were doing really well. I couldn’t take that chance, so I dropped the case. If the foster or adoptive parents don’t follow the rules and the judges can’t or don’t force them to, who is responsible and accountable?

The Preserving Family Bonds Bill would be a life changer because it would mean parents never having to make that dreaded decision to “voluntarily” surrender our rights—we could keep fighting for our kids. Imagine if visiting our children did not depend on whether the foster or adoptive parent feels like letting you see your child.

Rise, Brooklyn Defender Services and other organizations and advocates are calling on NY Governor Hochul to sign into law the Preserving Family Bonds Bill, which has passed in the Senate and Assembly. This law would grant Family Court Judges the discretion to order contact between children and their parents after TPR if it is in the best interests of the children.