When children have been in foster care for more than 15 months, federal law requires in most cases that child welfare agencies file to 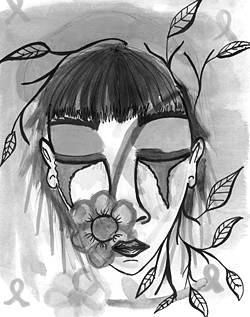 terminate their parents’ rights and move the child as quickly as possible into a permanent adoptive home. The idea is that children do best when they grow up with stability, but courts are finding that, for too many foster youth, adoption isn’t always permanent. Family court lawyers and judges often see children adopted from foster care coming right back into foster care when they reach their teenage years.

New York City attorneys Dawn Post, of the Children’s Law Center, and Brian Zimmerman, a children’s attorney in the Kings County Family Court, set out to find out why this is. In the spring, they published their study, The Revolving Doors of Family Court: Confronting Broken Adoptions, in the Capital University Law Review. Here, the authors explain how adopted youth end up back in foster care, what might prevent broken adoptions, and what it means for their biological families.

Q: Why do teens adopted from foster care end up back in the system?

A: The focus now for many child welfare systems and courts is to speed up adoptions—to get children more quickly into permanent homes. That’s a positive goal, but we’ve both sat on benches outside of family court and said, “Can you believe what we just saw? Another adoptive parent putting their child back into care?” We wanted to understand why children adopted from foster care end up back in the system, and we wanted to look at how we could make adoptions stronger.

All parents struggle with teenagers, and all teenagers are hit by strong feelings during adolescence when they are trying to figure who they are and who they want to be. Children adopted from foster care can be hit harder by those feelings. They have been told, “You are never going to be with your parents again.” All the sadness, anger and confusion of losing their parents can come back in a big way. This can happen even when children are adopted at a very young age. All children want to know their parents and understand why their parents could not take care of them, and children often blame themselves for whatever happened in their family.

Parents who adopt children from foster care may not be well prepared for what those youngsters will feel and how they may act out those feelings as teenagers. Plus, the court is under pressure to approve adoptions and may not be paying enough attention at the time of the adoption to whether the adoptive parent and child truly have a bond.

Q: How does it affect adopted teenagers to be placed back in foster care?

A: These children suffer from multiple layers of loss, abandonment and grief. They have a lot of confusion, especially if they were adopted by a biological family member, and they are fearful that being placed in foster care again will mean that they’re no longer connected to their family. I had one client who was just begging her adoptive mother to take her back. The adoptive mother kept saying, “You come from bad blood. You have bad genes.” I can’t imagine how that child was coping with those comments.

Teenagers—like all people—can react to trauma by becoming depressed, using substances, or being reckless if they’re not given the right supports to understand what they’re going through. They need a lot of support to make sense of what’s happened.

Q: What do you think can be done differently?

A: We’re not saying that we shouldn’t have adoptions from foster care but that we need to slow down and make sure there is true commitment. One thing courts can do more often is ask for bonding or attachment evaluations prior to termination of parents’ rights or adoption. Courts and agencies should take into consideration whether a child has a strong bond or a weak bond with the adoptive parent.

Plus, adoptive parents should get more training. In New York City, all foster and adoptive parents go through a general training called MAPP but there needs to be more training for adoptive parents about attachment and what to expect during adolescence. The reality is that post-adoption services are underfunded, or not funded at all, even though every study has shown that these supports are critical for preserving adoptive placements. Likewise, there’s rarely any quality mental health treatment for children in foster care. These children need nuanced treatment and therapy to address trauma and attachment disruption, whether they return home to family or they’re adopted.

Most adoptive parents are adopting kids because they want to do the right thing by the child. They’re not hoping to return the child later in life. But they need more support. One worker told us, “When you take in a foster child, if there’s an issue, there’s a caseworker. You can call and say, ‘We’re having a problem, what should I do?’ But once the child gets adopted, there’s no worker and these families are dealing with these issues on their own.”

If children and adoptive parents could get help, maybe these issues would not arise. Someone would be able to say to the parents, “This behavior is not uncommon for an adopted child.” The way it is now, the adoptive parents and the child get to a point where they can’t handle what’s going on.

Courts and agencies also need to take a closer look at older parent adoptions. Often we see grandparents adopting, sometimes because they feel like they have no other choice. These are elderly parents adopting very young children, and you know they’re not going to be able to live until the child is an adult, but often the person the court had identified as a back-up family is not willing to take the child.

Q: How do biological families fit into this picture?

A: In a surprising number of cases, adopted children had a lot of contact with their biological families even when there was no open adoption agreement and when they were adopted by non-kin placements. We also saw that, as teenagers, many kids are reaching out to bio parents and family. Sometimes they’ve struggled in their adoptive home and think their bio family will be the answer but the reconnection isn’t everything they dreamed it would be, and they are dealing with that. Other times, biological parents are coming forward to seek custody after the child is placed back in foster care.

Legally, biological parents have no standing to seek custody if their rights have been terminated. However, in family court, some parents are getting custody orders. Many judges and even ACS are finding biological parents when it’s clear that children are not going back to their adoptive placements.

On the national front, there’s a notion that getting quickly to permanency for children is the gold standard, whether they go home or they’re adopted. There’s so much pressure to get cases done and not have children in foster care for 4-5 years, even though we know that’s how long it can take for parents to make changes in their lives. Sometimes making a permanency decision as soon as possible becomes more important than anything else. But that’s not how life works—you can’t always make good decisions on a set schedule.

In the end, sometimes it might be better to wait and see if the adoptive placement is really a committed connection or if the parent really will be able to turn her life around. We can’t be afraid to talk about what’s really going on in a case, and we need to expand options to restore parental rights when returning home is the best option for a child.

Q: What do you hope to achieve from your report?

A: We hope to create a dialog with all of the stakeholders—judges, the court system, agencies, adoptive families, parents, youth in foster care, and policymakers. We want to see a number of discussions in New York City and nationally about this issue, and we hope that some of our recommendations will be implemented to rethink termination of parental rights and adoption.

There’s a fantasy in public policy that adoption will magically create a permanent, loving family for every child in foster care. But in many cases, adoption is an artificial relationship—it’s a grandmother adopting a grandchild, or a caseworker trying to stabilize a family just long enough to get through the legal adoption process. We know these issues, but we’re bound by the timelines and limited options imposed by legislators.

Adoption from foster care is different. We know that. Everyone in the court system has known about this problem for years. We hope that by putting it in writing, we’re forcing everyone to take a hard look at the problem and work harder to find solutions.