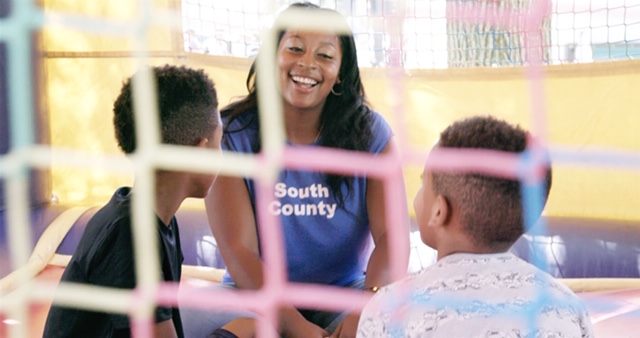 “Foster” is a documentary that aired on HBO on May 7th and focuses on the lives of a few children in the Los Angeles foster care system. I’ve been hurt by the system as a child and a parent. I expected the film to show only the angelic side of the system—to portray how the system protects children and saves their lives. But I found myself shocked at the rawness of the film. It showed the brutal side of the system and how children become broken and hurt as they bounce around from foster home to foster home, group home to group home, or juvenile hall.

However, the film is also flawed in the image it paints of the system. It highlights children who were seriously abused at home rather than neglected, even though the vast majority of children enter foster care because of neglect. It doesn’t show the kinds of stresses that families are under that lead to child welfare involvement or the preventive measures that can keep families together. It doesn’t portray that more than half of children who enter foster care return home. The solutions that can work for families—not just children who can’t return home—needed more of a place in this film.
Pain and Punishment

I was a child that needed protection. I cried out for help because I was sexually abused by my mother’s husband. Instead of being helped by the child welfare system, I was cast as a liar, my mother’s side of the story was taken, and I continued to get abused. When I had my oldest son, once again I needed help. I was in a DV relationship and the physical abuse extended to my son.  Instead of providing the support and resources that I needed, child protective investigators removed my son from my care. That devastated me. I joined Rise to tell my story and be a voice of change to make the system better.

“Foster” shows a system that is maxed out and unable to keep kids and families safe. As one worker put it in the film, “The foster care system is a punitive system and punishment is more hurt” for families and kids who are already hurting.

The biggest impact of the system is on black families. As the film explains, the L.A. population is 10% African American and yet 25% of youth in foster care are African-American. We see how the system is supposed to protect children but the sad reality is that it causes more harm than good. Their stories tell a horrifying experience.

No Chance at Life

Dasani is a young man who, at age 4, witnessed his father murder his mother. Since then, he has not found family. A foster mother abused him. He has been in and out of group homes. We see him in court, placed on probation. He said that “being in a group home is like lockdown. It’s like a chain attached to you.” The system did not give him a chance in life at all. All it did was hurt him when he was already traumatized and throw him in another system—juvenile probation.

Mary was taken away because of her mother’s abuse and drug use but in foster care she was separated from her sister and lived in a dozen foster homes. I noticed a quiet strength about her but we see her struggling to cope with college and believe herself because she’s experienced pain and rejection.

Mary and Dasani’s stories and others in the film expose the harm of the system but also misrepresent the system. Most children don’t experience serious abuse at home or stay in the system for their whole lives. The viewer can come away with a misperception that better foster homes and adoption, not prevention, are the most important solutions in child welfare.

A Mountain of Stress

The one family in the film that does reunify never should have been separated. Raeanne and Chris were together for 5 years and couldn’t get pregnant for a long time. Then, while pregnant, they became homeless. Their baby, Kris’Lyn, tested positive for cocaine at birth.

An emergency worker was sent to the hospital to investigate. Fearful of her child being removed, Raeanne lied about her cocaine use and Chris, who had been unaware of Raeanne using cocaine, backed up her lie. Even though there was no evidence that Chris was unsafe for his child, the worker said that, because of his lie, DCFS could not ensure the safety of the baby in his care and Kris’Lyn was placed in foster care that day.

I was angry in this moment. DCFS did not even try to come up with a safety plan to ensure the baby was safe with the father. Raeanne was also kept out of her family for five months! They separated a family that could have stayed together with a safety plan, services and support.

DCFS’ decisions created a mountain of stress for Chris. Separation from your newborn baby and dealing with DCFS is a nightmare you don’t want to come true. Then, when Chris did get Kris’Lyn back, he had little support to deal with the baby as a single parent. On top of everything, DCFS wanted him to get therapy when they caused half the stress he was under!

At the end of the film, we find out that Chris and Raeanne separated as a couple. If the family was never separated by DCFS, I believe the whole family would still be intact.

The Societal Changes We Need

In the film, the only glimpse we get of solutions that can prevent foster care involvement is through a former foster youth, Jessica Chandler, who is now a social worker. When Jessica became a mother, she was lucky enough to have help from a visiting nurse through Nurse-Family Partnership. If services like that were offered to all families from their first prenatal visit, neglect cases could be cut in half.

In a drive through Los Angeles, Jessica explains the real changes that need to be made to keep children out of the system, saying that most of the youth she sees come from families struggling with poverty and stress. Child welfare gets involved because society’s larger concerns aren’t being addressed.

Poverty is not easy to live through. Living check to check is not easy. Having to go without so the kids can have what they need is stressful. Looking at other people and noticing that they are better off is stressful. Not being able to take your kids out to museums and arcades is stressful. There are times I go without eating so my kids eat or have clothes. Poverty is a real problem that causes a severe amount of stress. Working parents go through it with paying rent and childcare, then get turned away for assistance because they make 10 dollars over a line that doesn’t reflect reality and hasn’t changed in years.

The Lessons We Don’t Learn

I hope viewers of “Foster” come away recognizing that the foster care system is a punitive system that punishes the children it is supposed to protect. The children in the film are living proof of that. I also hope viewers can educate themselves about everything “Foster” doesn’t show—that easier access to support and services can make a difference for families so child welfare doesn’t need to become involved, and that child protective investigators can use preventive services and safety planning to keep kids at home.

Preventive measures can be as simple as providing a voucher for food, diapers, or clothes. Other families need more serious intervention. Forcing my mother to remove her husband out the house or removing me would have helped protect me as a child.

As an adult, I needed services. I needed help with getting an order of protection. I needed therapy to deal with all the abuse I have endured. I needed a coach and some parenting classes that actually helped. I needed an outlet to release stress. Most of all I needed understanding and support.

If families haver resources available in their communities, child welfare involvement can be prevented. Children won’t grow up suffering from trauma and wondering why they are not loved. Families can stay together.