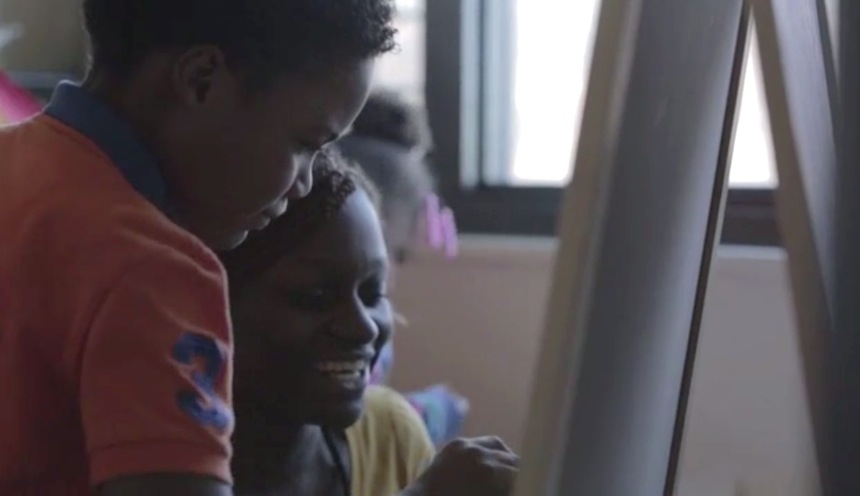 Pia and her son

When I was 7 years old I would ride the bus to school with my grandmother. When she got off the bus to go to work, I’d ride the bus a few more stops, then walk the four blocks to my school by myself. I didn’t think anything of it. My grandma taught me to never stray from the path and she also warned me to scream, kick or punch if someone tried to take me, so I felt prepared.

As a parent, though, I’d never let my 10-year-old son walk to school or anywhere else alone. Maybe it would be good if I gave him the kind of independence my grandma gave me. But rightly or wrongly, I feel afraid. I’m afraid of predators and the police, and I’m also afraid that child protective services might say that I neglected my son. Recently there have been a lot of stories in the news of parents charged with “inadequate supervision” for allowing their children to be home or out alone even when it wasn’t clear that the children were in danger.

Many of these stories focused on middle class parents. But this summer, the Chicago-based Family Defense Center published a report that looks at similar cases for poor and minority parents, who are charged with inadequate supervision far more often than middle class or white parents. The report argues that the laws’ definitions of inadequate supervision are far too vague, leading to many unnecessary investigations and leaving families exhausted and traumatized.

Q: How do child welfare systems define inadequate supervision and what are the biggest problems with these policies?

Redleaf: The biggest problem with policies around inadequate supervision is that they are so vague and broad that no parent can possibly know what decision they make about caring for their children would strike a child protection investigator as inappropriate or neglectful.

In Illinois, our state’s child protection rule says that it’s inadequate supervision any time children are placed in a situation that is likely to require a judgment or actions that are greater than is reasonable to expect from that child’s level of maturity, physical condition, and/or mental abilities. Then our state’s rule leaves it to child protection investigators to use 21 different factors, including age and level of maturity, to decide if inadequate supervision has occurred.

Maybe in some instances, CPS would agree that a 10-year-old child can be left alone and can even watch other children. But would CPS agree that that same 10-year-old is capable of safely going to the park with younger siblings? Right now, our laws aren’t clear.

In one of the cases we highlight in our report, a Latina mother in Illinois let her three sons, ages 11, 9, and 5, play with their 9-year-old cousin in a fenced park next to her apartment while she checked on the children from the window. The children were gone for 40 minutes, maximum, and one of the children came inside to get a scooter. In another case, white and affluent parents in Maryland let their children, ages 10 and 6, walk to neighborhood parks by themselves. In both cases, most people seem to think those parents made reasonable decisions, even if some parents wouldn’t make the same decisions. But in both cases, child protective services charged those parents with neglect.

In our report we note that the Red Cross has a program to certify 11-year-old children as babysitters, and I think many parents remember babysitting at that age or having been babysat by someone that age. But the way the rules and policies are applied now, parents could also be charged with neglect for leaving younger children home with an 11-year-old sibling. We have gotten so worried in our society about the possible harms that can happen to a child that we have lost sight of what a reasonable childhood looks like.

Q: How do you think these policies affect middle class versus poor and working class parents?

Diane: These laws affect people in poverty vastly more than middle class parents. Lack of child care is one of the biggest reasons why poor parents are charged with inadequate supervision. Middle class parents can afford day care or babysitters. They have less need to run out and leave a child home alone or rely on older siblings to watch younger siblings.

It’s fascinating to me that even though these laws generally affect poor parents, the media attention is being paid to middle class parents. I think that has a lot to do with selling newspapers to the middle class. Still, we hope that all the media coverage of middle class families will bring attention to the threats and intrusions that poor and minority parents face all the time.

Q: My son’s school tells me that a child as young as 3rd grade can walk home alone from school but I know that parents can also be charged with inadequate supervision for leaving children alone at that age. Can you advise parents what to do in these kinds of situations?

Diane: Usually these policies vary state by state, or locality by locality, so it’s important to learn what the policies are in your own community.

In your instance, if you want to let your son walk home alone, you probably want to get that policy in writing from the school. In the past, parents have been advised by someone in authority, like a police officer, that children can be left alone in a car for 10 minutes but they have nothing in writing to show that that is a standard. That can cause problems if someone reports you to child protection and you have nothing that shows that you were acting in a way you had been told was legal.

At the same time, we don’t think it’s right for parents to be in these kinds of situations. We believe there should be some general discussion in every community so that parents know what’s OK and what’s not OK. Policies need to be put in place that reflect the consensus about when children can be left alone.

Child neglect findings should be reserved for parents who truly are not caring for their children. So a child left without food or water for hours while the parent is using drugs—that’s what we might all agree is “inadequate supervision.” But letting children go to a park or be alone for short periods when the parent has made the judgment they can handle it—that shouldn’t even be investigated.

Q: If a parent is investigated or charged with inadequate supervision, how do you advise they cope with it?

Diane: First of all, if parents believe they have made a reasonable decision in leaving a child alone, they can try to present that information to the investigator. Parents should make sure they have all the evidence to show how and why they made a reasonable decision. If there were particular circumstances—if there was an emergency or this was an unusual situation—parents can explain that, too.

Parents should also check with their community’s schools or police departments to see if there is a policy and whether it was correctly applied to them.

If parents are charged with inadequate supervision, they should also work with their lawyer to show that no actual harm came to the child. We see a lot of situations in which parents are charged because of “possible harm.” That means that the child welfare system argues that harm might have come to a child, even though none happened. But children are in more danger in a moving car buckled into their seatbelts than they are in a parking lot while their mother runs into the store. Your lawyer can help you argue that you did not leave your children in a situation that was likely to cause them harm.

Lastly, parents should try to get support from people in their community that shows that they are responsible parents and that their decisions were in line with local standards. That can be very important in convincing the child welfare system that you have made a responsible decision about leaving your children alone.

Q: What changes would you like to see made to inadequate supervision laws?

Redleaf: I think this whole category should be eliminated as a category of neglect. The number of legitimate cases is tiny. In Illinois, this category of neglect is three times larger than all abuse investigations. It’s such a waste and mis-allocation of resources. Child welfare is not meant to be a policing of reasonable parenting decisions.

Short of that, we believe communities should collectively decide at what age a child can be left alone and child welfare systems should provide more training and guidelines for investigators to help determine when inadequate supervision is truly neglectful.

In cases where children do need more supervision, child welfare systems need alternative interventions that address the root causes of the problem. There are many different reasons why a parent might not provide a child with adequate supervision—from lack of child care to domestic violence or substance abuse. If we don’t address these issues, we don’t solve the original problem that spurred the investigation.

Parents can help to change these laws by collectively saying “enough is enough.” The shame of being investigated is often so strong that it stops parents from being advocates. Instead of trying to fight these cases individually, parents need to get together to support policy changes that will help all parents.