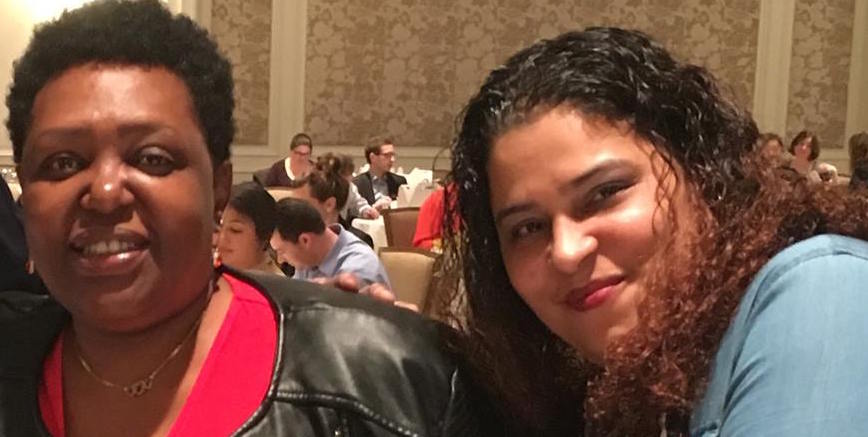 The 21-member task force task will focus on developing recommendations for improving services for children in foster care and outcomes for those aging out of the system. It includes leadership of the Administration for Children’s Services (ACS), Department of Social Services (DSS), Department of Education (DOE), Department of Youth and Community Development (DYCD), Department of Health and Mental Hygiene (DOMHM), and the New York City Housing Authority (NYCHA), as well as City Council members, the Public Advocate, and representatives of foster care providers, advocacy organizations, youth currently in foster care or who have recently aged out, and parents with previous child welfare involvement.

Rise and CWOP both provide information and support for parents facing the child welfare system and train parents to advocate for policy and practice reforms that will prevent foster care placement and better serve families when children are removed from home. Rise spoke to Joyce and Jeanette about their selection to the task force and what it means for affected children and their families.

Q: What can you tell us about the Foster Care Interagency Task Force?

Joyce: It was created for people to discuss some of the barriers of children and families that interact with the foster care system and to have better outcomes for them.

Jeanette: The focus is on permanency. The mayor, city council and ACS commissioner brought people that they thought would come up with solutions to better the system.

Q: How did parents get a seat at the table?

Joyce: It’s very important for parents to be involved on every level because parents are directly affected, and in any forum, you want those who are affected involved in the decision-making process.

Jeanette: Who else can say what really goes down within the agencies and what we, as affected parents, wish the system would do for us?

Joyce: Jeanette and I have both been blessed to have an opportunity through the organizations that we work with—Rise and CWOP—that people know who we are as parents affected and have heard our stories and felt our passion for change.

Jeanette: Joyce is a powerful voice and she stands behind what she says. She does positive things to bring the change I’m looking for within the system. I love her and what she stands for. As for me, this year I’ve presented with other Rise parent leaders to change the minds of professionals throughout the child welfare system, including at the American Bar Association (ABA) conference for parent attorneys and COFCCA annual meeting for child welfare leadership. Now the system is actually hearing me and other parents. I believe they want more of what we have to say as parents and also as professionals at Rise.

Joyce: There’s nothing sweeter than coming into any room and seeing Jeanette. Jeanette’s history started at CWOP before I even knew CWOP existed. This is where she went and where she was trained. I stand on her shoulders.

Q: What does it mean that parent leaders were included?

Joyce: I hope it means improvement.

Jeanette: Parents should know that other parents are on this task force, with all these other powerful people who can actually bring the change that the people affected are asking for. I hope that can help change their view that ACS is not listening to what they say needs to be fixed in the system. It’s empowering to be the voice of parents, and it’s a step in the right direction to show these communities that ACS wants to work with parents and hear what they say.

Joyce: I see my role as bringing balance to thoughts that people who have not been personally affected by the child welfare system may have, because sometimes they have implicit biases that they truly don’t understand, or they believe that people are in the situation solely based on their choices. They don’t understand that choices are limited. Sometimes people never had the option of a good choice; they just had a bunch of bad choices.

Jeanette: I hope to bring what I’ve learned over the past 12 years as a parent advocate, visiting coach, and Rise parent leader. But more importantly, the perspective I bring as a mother, a mother who once faced the system and lost all hope and power fighting to get my son back.