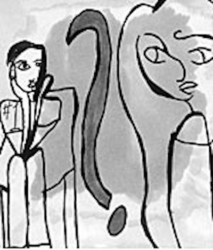 Five years ago, I was “green” in the field of child welfare. I was three weeks out of college with a BA in psychology. I was motivated to do the job of case planner because I’d always wanted to work with children. I knew there would be some interaction with parents but I didn’t think it would be too much.

The first time I met parents was probably my second day on the job. I’d heard so much about how this husband and wife had a history of violence and were in constant contact with their attorneys, so to be careful what I did and said. The first thing they said to me was, “You’re young.”

Another parent told my supervisor that she couldn’t work with me because I was young and I had no kids, so there was no way I was going to tell her how to parent her child. Other parents also told me they didn’t feel I was competent or understood what they were going through because of my age and because I was not a parent. I wondered: “If a few parents are saying this, how many other parents feel the same?”

The Weight of Disappointment

In truth, I was young, and as time went on and my caseload and responsibilities increased, I found myself getting extremely overwhelmed. It was not the paperwork and deadlines that were most stressful but my interactions with parents.

Out of 13 parents, maybe three parents were engaged with me, were participating in services and were working really hard to get their children back. I developed a very good connection with them. They confided in me. Many of the connections I made with the children were positive, too. These positive interactions resulted in progress.

However, in more than half my families, the parents were not active or were resistant to everything the court ordered. Some parents would only come to visit their kids once a month, and some parents stopped coming altogether. When children are asking, “Why don’t I have visits with my mommy?” or “Why can’t I go outside with my mommy?” it’s hard to stay professional.

One mom, in particular, was very disappointing for me. At first, she appeared involved, so when she went from one drug program to the next, I rooted for her. But then she had endless excuses about why she couldn’t visit and why she couldn’t complete a program. She made promises to me and her children that she was getting better—until she just stopped contact altogether and I was faced with the painful burden of terminating her rights.

Eventually I came to understand that it’s so easy for parents to fall into a trap of acting like they’re trying to get their kids back. It’s much harder to be vulnerable and say, “I’m not ready.” At the time, though, I faced the same confusion that the children faced. “Why do the drugs win? Why have children if you aren’t going to make them a priority?”

At the same time, I also felt ineffective. I often wondered if I was the reason parents weren’t doing what they needed to do.

Tears and a Turning Point

A turning point for me was one day when too many stresses plagued my mind. I had financial difficulties. My grandmother was sick. My housing situation was in jeopardy. At work I felt the stress and pain of my families.

That day I sat down at my desk and cried. I had a mountain of paperwork due. I had also gone to court and the judge added more hours a week for supervised visits with a mother and her child. That was a good thing, but it also meant I had even more work.

After I cried, I felt embarrassed. I thought to myself: “If I can’t help myself, how am I supposed to help the families I work with?”

But I also realized that in order for me to manage all of life’s demands and the demands of the job, I needed to take better care of myself. Like the parents I worked with, I needed to be vulnerable and ask for help. After that, I started using my vacation days and having open conversations with my supervisor.

The first time I opened up to my supervisor, I told her I was overwhelmed. I shared what I was going through personally and my difficulties with the job.

I also expressed my frustrations with the system. It was hard to be a witness to how often people were placed on waiting lists, or were not able to receive treatment because they didn’t have medical insurance or money for a sliding scale fee, especially because the racial and socioeconomic disparity of child welfare is enormous. It is hard to be part of a system that often seems so much bigger than any one person in it.

My supervisor had been supportive before, but after we talked she showed me even more support. The most helpful thing she told me was not to beat myself up as long as I knew I was doing the best I could. I couldn’t force anyone to do what they didn’t want to. This helped me a great deal to feel less like it was all my fault.

She helped me set boundaries to my job, too. Yes, there were times when I would start work at 7 a.m. and leave work at 7 p.m. Being a case planner is not a 9 to 5 job. But when I was unable to finish my paperwork on time, my supervisor would say not to answer my phone, and if it was an emergency, she would assist me.

My supervisor also allowed me to cry.

It wasn’t something I did all the time, especially as I began to feel stronger in the work. However, there were times when a combination of work stress and personal stress brought me to tears in her office. It felt good having someone genuinely care about my well-being. My supervisor made it a point to ask, “How are you doing?” before we talked about anything work-related. Talking with my supervisor helped me realize that it’s OK to have feelings. It’s OK to be a human and not a machine.

I found that after I dried my tears, I evolved into a person who could accept that parents’ had their own struggles and their own timelines for overcoming those struggles. I could try to help, but I couldn’t make parents succeed. That helped me develop into a stronger case planner.

Meeting Parents Where They Were

Once I began to be honest about where I was, I was more able to meet parents where they were. I was able to have more empathy and compassion for parents struggling with mental illness or substance abuse. I was even able to engage with a parent who accused me of wanting to keep her children in care so I could have them for myself.

With this mom, since I knew she was supposed to be on medication, I started to make it a point to ask her before we talked if she was on her medication. When she was, I would discuss with her the things she would say while she was off it. At those times, she would apologize.

As the trust between us grew, this mom was able to express that she really loved her children and would like to maintain a relationship with them but felt she couldn’t plan for them. This was very sad. Still, I knew she couldn’t and she finally came to the realization that she couldn’t, which I admired. It is not easy for a parent to give up on parenting.

Another mother decided to keep one child but surrender her rights to the other, with whom she felt she couldn’t make a connection. Although the situation was painful, I supported a decision she felt was in the best interest of her child. I also explained that she could state the stipulations of a conditional surrender so that she might be able to continue seeing her child.

What gave me the greatest satisfaction was being able to accept her reality. What she was deciding to do was hard enough. She didn’t need anyone judging her.

Satisfaction in the Job

It’s still heartbreaking when parents don’t come for visits or their rights are terminated. More and more, though, instead of getting overwhelmed by my own feelings, I focus on how I can best help the children with their feelings. Over time, I have come to feel that despite the disappointments, the rewards have been greater.

One recent rewarding experience was reunifying a teen with her mother after 15 years. The reunion was tumultuous as expected, but also touching and positive for both the teen and her mother. I saw that while this mother had been unable to be there for her daughter in the timeline that her daughter needed, she is trying to be there for her now, and that the story continues.