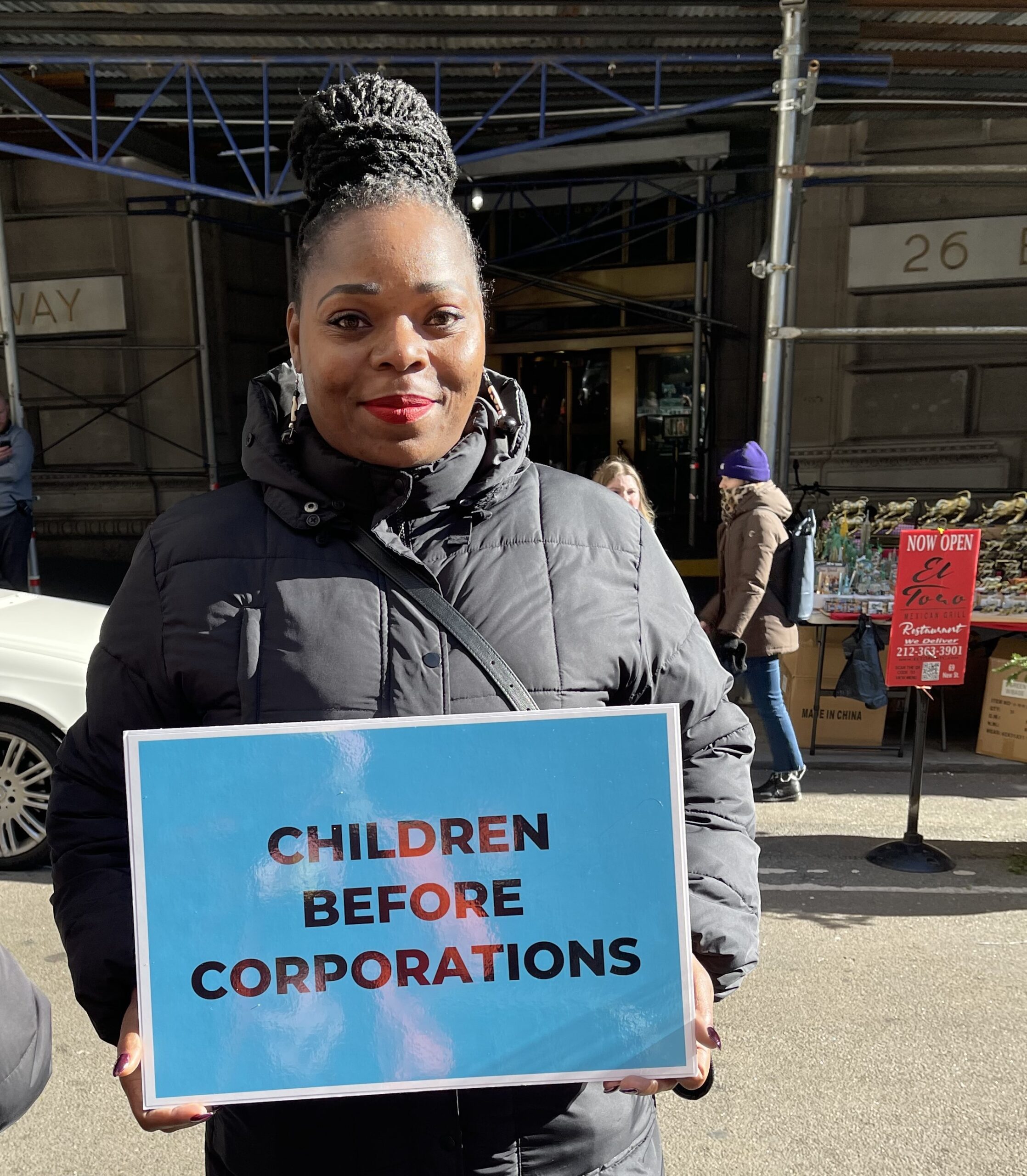 On December 10, Rise joined the Schuyler Center for Analysis and Advocacy and other organizations and advocates for a rally and press event to urge expansion of the Child Tax Credit (CTC) and Earned Income Tax Credit (EITC). The event called for no expanded tax breaks for businesses and corporations without expanding the CTC and EITC. Rise Project Manager Halimah Washington spoke at the rally about the importance of the CTC and EITC for families.

The event followed a letter to Senate Majority Leader Schumer signed by over 100 organizations, including Rise, with the same message. Several groups also recently wrote to Governor Hochul advocating for her to use this year’s Executive Budget to strengthen New York’s CTC; continue building a high-quality, affordable child care system; advance continuous Medicaid coverage for children from birth to age six; and establish the Housing Access Voucher Program as a state-funded and administered housing voucher to provide rental assistance to eligible individuals and families, regardless of immigration status.

>> Read the 2021 Rise update, Parents Reflect on the Importance of the Child Tax Credit.