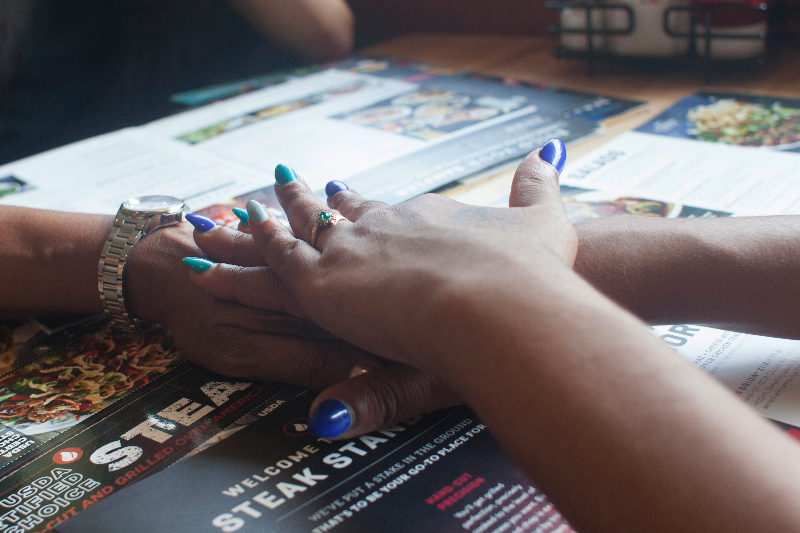 When I was 14 my father broke the worst news to me and my siblings. He told us he had one year to live.

Almost immediately after he told us, he placed my sister and me in foster care, where we were separated, because they said I was always telling my sister what to do and trying to be her “mother.” My brother was locked up and my mother had been removed from our home when I was 11 because of drug use.

My father died 10 months later. After he died, my mother said she would do whatever she had to do to get us in her custody. But as the years passed, my siblings and I didn’t even expect mom to complete any programs.

A SUPPORT AND A BURDEN

Still, I saw my mother every day. She picked me up from school three or four times a week. She also had my back in many situations.

My mother loved to hear that the agency wasn’t doing something right because she will speak her mind, even in front of a judge! when I needed money or clothes she would make sure the agency provided that to me.

One time, when girls in my high school tried to jump me, my mom fought them with me. That’s not what parents usually do but I felt good knowing I had someone to help me.

But it was also stressful having my mom in my life. My mother suffers from bipolar disorder and schizophrenia and she doesn’t take her meds. She thinks that smoking weed helps her.

Once, during a heart-to-heart, my mom told me how her mom never really cared about her and how her siblings ended up in foster care after her brother was killed in a fire. after hearing her story, I felt so bad for her. I felt like I had no choice but to keep her by my side.

But often I felt empty around her. I didn’t want to always be with my mom while she smoked weed and did nothing every day. I wanted to feel happy to be home.

A caseworker first introduced the idea of adoption to me when I was 14. After that, I went back and forth, unable to decide whether I wanted to be adopted.

That first caseworker said, “you know your mom isn’t going to do anything to get you back.” But her talking badly about my mother made me not want to even listen to what she was saying about adoption.

Besides, I was already separated from my siblings. I was afraid that if I were adopted, I might love a new family and forget about my family. And a piece of me still wanted to believe my mom would get us back. I didn’t want a new mom.

When I was 17, though, I had a change of heart. I was always afraid of what the outside world would think if they knew I lived in a group home. So at a moment when my mother and I had had an argument, I just said, “hey, I’m gonna try adoption.” at the time, a close friend’s grandmother was willing to adopt me.

But when I broke it to my mom, she was upset, aggressive and controlling. she cried and told me she would not give up her rights to anyone (even though they were terminated). In the end, she convinced me not to be adopted.

When I became a mom and realized how many sacrifices a mother has to make, I again began to wish that I had been adopted. I don’t like that my family gatherings always turn upside down because of arguing and nonsense. I don’t like that whenever I complain to my mother about how her smoking affects my daughter, who has asthma, she starts yelling and cursing at me in front of my daughter.

I love my mother. She calls me all the time, and when she doesn’t see me she tells me that she misses me. she invites me and my children over for dinner and she offers to have their birthday parties at her house. But sometimes the drama makes me wish I had another family to run to, another environment for my children.

ADOPTIONS AND OTHER OPTIONS
Now that I’m a youth advocate working with teens at the same child welfare agency I was in, I try to encourage adoption because I understand how hard it is if you don’t have enough support. I tell youth, “Please don’t let family tell you what to do. Make decisions that will be best for you.”

I believe child welfare systems should keep looking for other ways to offer youth long-term support without making them choose between two families.