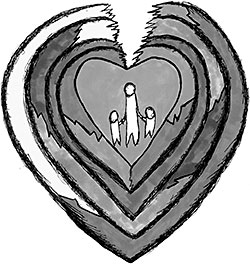 Before I began an internship as a social work student at the Child Welfare Organizing Project in East Harlem, I had no idea what the words “child welfare system” even meant. I grew up in Westchester County, New York. The families I knew had the means to deal with issues like substance abuse and domestic violence behind closed doors.

Listening to families in CWOP’s support group quickly opened my eyes to the reality that for families of color in poor communities, CPS is not a vague idea but a constant threat. I also learned that, in NYC, nearly every child in foster care is Black or Latino, even though nearly one-third of the city’s children are White.

My next job was working with lawyers representing parents with child welfare cases in family court. Too often, I saw family court and child welfare professionals show a shocking lack of compassion to families in crisis.

Usually I met parents in a loud, crowded waiting room at the courthouse just as their children were about to be removed. Often we had only 15 minutes to interview them and scramble to get any documentation that might convince the judge that the children should go home. (Of course in some states, poor parents don’t have a right to a lawyer at all.)

One mother with six children, ages 1-13, was brought to court on “medical neglect” charges. She had missed a follow-up appointment for her 6-year-old daughter, who had a bad ear infection, and she did not have the proper asthma medication for her son. When CPS investigated, they found her entire family was sharing a single bed in a one-room apartment.

Cold to the Struggle

Our attorney struck a deal that if the client went to a shelter that afternoon, the children wouldn’t be placed in foster care. The mother was ordered to gather their belongings from their room 45 minutes away and head to a shelter that was nearly two hours away. All on a cold winter day when two of her kids were recovering from bad colds. When I asked the CPS worker if she could assist the mother with the move, she responded, “We do have a van, but I only use it for removals.”

Later, I learned that this mother and her children had left their home in North Carolina in the middle of the night to take a bus to New York City after she found out that her boyfriend, who had been abusive to her for years, had sexually abused her oldest daughter. As with most of my cases, no one had bothered to learn the story behind the story.

Judged but Not Heard

I also witnessed professionals simply assume that parents must be negligent or abusive.

A case that stands out involved a Black father whose former partner (my client) was charged with neglect. He was very involved with his daughter, and he was not charged with anything. Out of courtesy, the father was appointed a free attorney. This was nice—until the father’s lawyer informed the judge that his client was ready to admit to neglect and give up his right to a trial. He hadn’t even been accused of neglect! Luckily the child’s attorney pointed this out, and the lawyer withdrew his statement.

Many times I saw parents charged with neglect when they were really struggling with poverty. I worked with a grandmother, her daughter and four grandchildren who had been living in a one-bedroom apartment in Far Rockaway affected by Hurricane Sandy. She kept trying to transfer to better housing, to no avail. Then one day the 5-year-old showed up to school and four roaches crawled out of his backpack. The school called in a report, saying the child also wore dirty clothes and had an odor.

When the CPS worker knocked on the door, it was 10 o’clock at night and the children were asleep. The grandmother refused to let the worker in, which is her right unless the worker has an emergency removal order.

Instead of coming back the next day to investigate, CPS brought the family to court in the morning and removed all the grandchildren on the spot. They argued that the grandmother must have been hiding something. I will never forget the children crouching underneath the court bench, kicking and screaming in terror.

After two days of fierce advocacy by our attorney, the judge reunified the family, saying they just needed better housing and preventive services. But I learned the penalties parents can pay for exercising their rights.

There are people organizing to address system inequalities. The percentage of African-American children in foster care nationwide has gone down to 26% in 2012 from 35% in 2003.

But we need to do more. Every day I was in family court, I felt like I was a part of a deep crisis that wasn’t being acknowledged. Often it felt like the injustices were so ingrained it was almost too obvious to even point out, like the sky being blue.

You can blame it on limited funds, overwhelming caseloads, or the difficulty of dealing with complex family dynamics in a courtroom. Still, I can’t believe this level of dehumanization would continue if there were more White middle class families in family court.