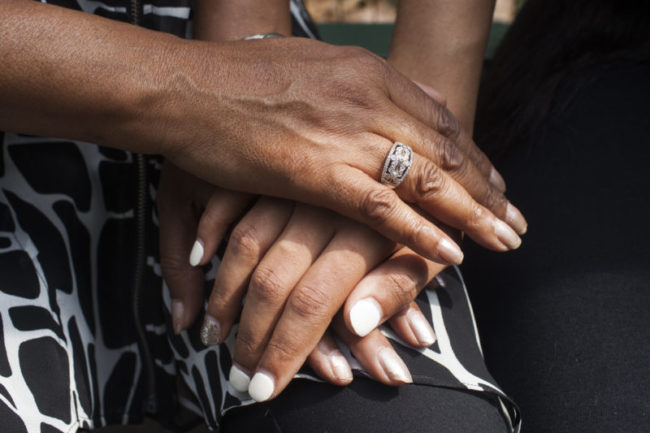 Here David Meyers, an attorney and Chief Operating Officer at Dependency Legal Services in California; Kaela Economos, senior social worker at Brooklyn Defender Services in NYC, Cara Finney, CPS supervisor, and Liz Berrenger, caseworker, in Fair eld County, Ohio, explain the difficulties in service planning and what can be done to remove the barriers that parents face while navigating the most crucial plan of their lives.

Q: What is a service plan (or case plan) and what challenges do parents face?

Economos: It’s the steps that CPS wants the parent to take in order
to address the issue that caused a child’s removal—attend therapy, parenting classes or other services.

Meyers: Parents are often overwhelmed with the volume of services; many are dealing with a lot of crisis and instability in their lives. A simple thing like getting to services in areas where there’s no public transportation can be a big obstacle. Also, new information can cause services to be added on. Workers are constantly accused of raising the bar by parents who say, “I do what you ask me and you constantly tell me it’s not enough.” These things can cause parents to disengage from services.

Economos: For families living in poverty, 15 months is not a long time to get yourself together. You can be on waitlists for months to get services and housing. We also see the same cookie-cutter process in determining services regardless of what’s going on in the family. The agencies are asking people to do things that are not useful to the parent but that take up a lot of time. Some plans ask for weekly drug tests when there was no allegation of drug use.

Finney: Our workers are linking families to whatever services they need as soon as they come to the agency. We also link them to a peer mentor, who along with the worker meets with the parent weekly for the first sixty days, and then every other week. We discuss the services and possible barriers and come up with solutions. We make sure parents are referred to services that they can actually participate in.

Q: How can parents have a say in service planning? Can they refuse or challenge the plan or choose their own services?

Finney: There are services that we require. If you have a drug problem, you can’t refuse to go to drug counseling. But we do talk with parents about which services and providers would be best for them.

Meyers: A lot of times when children are removed, CPS takes on the role of the parent and the dynamics between a caseworker and a parent are very much like that of a parent and child. The parent has all the power. At the end of the day, the parent is going to make the choice for the child. But every parent in this country can and must advocate for a service plan that will be helpful to them.

Economos: At first the plan is just a recommendation, so it’s optional up until it becomes court-ordered. If there’s a problem once the plan is mandated—if it’s overwhelming or services don’t work with the parent’s schedule or location—they should feel empowered talk to their attorney or social worker about what they need.

Q: What is meant by “behavior change”? Why is it important and how is it measured?

Meyers: It’s important because the entire system is based on facilitating safer behavior and preventing the reoccurrence of abuse and neglect. If addiction is the problem and your services help you to get healthy and stop using, that’s behavior change.

Economos: A parent could have completed three parenting classes and then in the supervised visits they are not appropriately disciplining their kids. The worker will report that the parent hasn’t learned any techniques to utilize.

Q: Parents often say they are afraid to trust their caseworkers. How important is trust between a caseworker and a parent?

Economos: Cases can go on for years because of toxic relationships between caseworkers and parents, and it’s problematic because the courts are going to find that the parent hasn’t gained any insight about what got them the case.

The system has to recognize that some of the people we are dealing with have a history of trauma and there’s a fight or flight response built into them that helps them survive. We need to tell parents that we understand their anger but this is what it looks like to the worker.

Berringer: Parents aren’t always where we want them to be when we meet them. We have to move forward with them when they are ready, keeping in mind time frames. It’s in a child’s best interest to be with their parent so I’m willing to express to the court that they may need to take a little longer. As caseworkers, we have to take the time to build trust and relationships with the parents. We have to prove ourselves to them as much they have to prove themselves to the court.