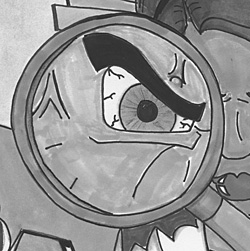 heard by the Supreme Court in March:

The case Camreta v. Greene involves parents’ and children’s rights in child welfare cases. The case started when a mother in Oregon sued child protective services because of what they had done to her daughter. The child protective services (CPS) worker in the case did something that’s actually pretty common around the country: the CPS worker and a police officer came to a child’s school and took a child out of class to question her.

In this case, it was a young girl taken out of her classroom and brought to another room in the school, where she was left alone with a CPS worker and police officer she didn’t know. The CPS worker interrogated this 9-year-old girl for two hours. The worker questioned her because child protective services thought that her father might be sexually abusing her. The girl’s father had been arrested for possibly sexually abusing a boy the family knew, and the boy’s parents had made vague claims that the girl’s mother was worried that the father had sexually abused his own daughter, too.

The girl says that for most of the interrogation, she told the CPS worker and police officer that her father had never done anything wrong. But as the time went on, she came to believe that they just wanted the answer to be yes, and after two hours in the room she finally said yes, her father had abused her. Then they let her go.

As soon as she got out of that room, the girl said again that her father had never done anything inappropriate. She is now 17 and has said that it was never true that her father hurt her. But as a result of the statement she made in that room, she was removed from her family and placed in foster care, and her father was arrested.

The girl’s mother fought to get her out of foster care, and no one ever proved that there had been any abuse whatsoever. After the girl returned home, her mother sued child protective services. Basically, her lawsuit said that what the CPS worker and police officer did was unconstitutional.

The mother’s lawsuit claimed that child protective services had violated her daughter’s rights by “seizing” her without “probable cause.” When the police officer and CPS worker took the girl from her classroom, that’s called “seizure”—meaning they took control of her. In this case, they “seized” her based on what’s called “hearsay”—there was no direct evidence that her father was abusing her. The boy’s family, which made the report, had not witnessed any abuse or seen evidence of abuse, or heard the girl or the father talk about abuse.

Now, it’s not entirely clear in the law what constitutes probable cause, but in this case, they weren’t even close. No one would ever say that the CPS worker and police officer had probable cause. Even their lawyers didn’t argue that there was probable cause. Instead, the government argued that because child abuse is so serious, you shouldn’t have to have probable cause.

Arguing to Change the Law

Normally, if there is not probable cause, if you want to question a child, you only have two options. First, you can ask the parent’s consent to speak with the child. For instance, a child welfare worker doing an investigation can go to the home and say to the parent, “Can I speak with your child privately?” A young child generally cannot give consent to be interviewed, but a parent can. Experts have estimated that in over 90% of cases where an investigator asks to speak with the child, the parent gives permission.

If a CPS worker wants to speak to the child without the parent’s consent, the worker can go to a judge and get a court order. In that case, the worker would have to show “probable cause.” In addition, CPS workers always have the right to interview a child if there are emergency circumstances.

In this case, the lawyers for the state were asking for a new rule. They argued that police and child protection should be able to interview children without parents’ permission and without probable cause. Basically, they were saying that our country should allow police and CPS workers to do things in child abuse cases that you could never do in a criminal case.

The case was heard by the 9th Circuit Court, which covers the whole West Coast. Those judges wrote a really strong decision saying clearly, “This is unconstitutional.”

But the decision was a little bit complicated. The court also said that the government officials didn’t have to pay anything. The court basically said, “If state workers are doing something unconstitutional and they know it, they have to pay, but if the court hasn’t explained that a certain action is unconstitutional, then they don’t have to pay. But now you know that this is not allowed and you can’t do this to a child again.”

Now, it’s very rare that the Court takes a case having to do with child welfare. As a lawyer working in this field, you see people’s constitutional rights violated every day, and it’s frustrating. But all family law issues are usually left to the states. So this was the first case in decades where the Supreme Court was going to look at child welfare.

A lot of lawyers working in child welfare thought the case was an opportunity to educate the Court and make a statement about child welfare. At the same time, we also know that the Supreme Court often only takes on cases like this one because they are interested in reversing the decision. Given the judges who are currently on the Supreme Court, it’s hard to be optimistic.

I went to the arguments. My law students had decided they wanted to see the argument so we went to Washington, D.C. We may not know the Court’s decision until June, but based on the questions that the Supreme Court justices asked, it seems like the Court is going to decide that they don’t have to make a decision in the case after all.

It’s a little disappointing that they probably won’t affirm that child protective workers have to follow the same standards as the police follow in criminal cases, but it also seems like the Court won’t make a bad decision. Regardless of the outcome, I think the case has had some positive effects.

First of all, the case drew a lot of attention to this problem in child welfare. A lot of newspapers wrote editorials about the case and said, “This is not a reasonable thing to do–to put a girl in a room for two hours, and to not have asked the mother for permission to interview her.” The Washington Post wrote a great editorial saying that the Supreme Court should find this unconstitutional. To me, that’s a big deal, because newspapers don’t usually pay a lot of attention to how families are treated by the child welfare system.

Another good thing was how many organizations chose to write papers called “amicus briefs.” Whenever there’s a Supreme Court case, interested people can write to the Court about the case. In this case, almost 30 organizations wrote briefs, including our clinic.

What stood out to me is that all of the children’s rights organizations wrote to support the side of the family, not to support giving child protective services more power. In child welfare, it used to be that people who said they were on the side of children always said, “Give more power to the government.” The briefs in this case showed a real recognition that that’s not always best for children.

This case probably won’t change what CPS or the police do tomorrow in child welfare investigations, but it did bring awareness to people who are not personally affected by the child welfare system. It shined a light on a practice that harms children and families, and it helped many people see that parents and children should have all of the rights guaranteed by the Constitution.

Finally, many people think you have to either fight for children or fight for parents. This case showed that children’s rights and parents’ rights are both important, and intertwined. There are certainly cases where parents have done something so terrible that they shouldn’t have the right to make decisions for their kids. In those cases, child protective workers should get a court order to speak to the children without the parents’ consent. But in most cases, parents are children’s protectors. This case says, “It’s children’s right to have their parent make decisions for them.”