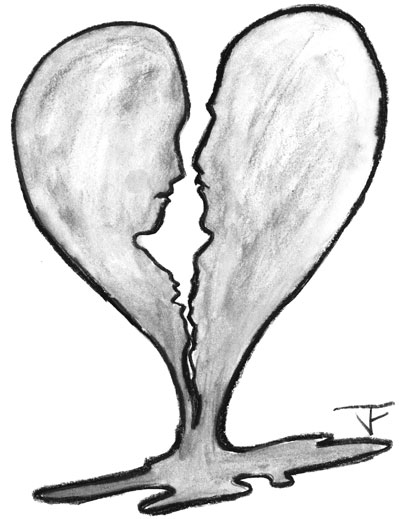 My little sister Jasmin has put me through hell. My love for her will never change, but her addiction angers me and hurts me. I want to protect her but I also feel like I have to protect my children and myself.

Jasmin and I grew up together. Jasmin got everything she wanted and she never got hit. My mom hit and kicked me every day, and Jasmin’s dad, my stepdad, sexually abused me.

I was depressed as a kid, and Jasmin and I really didn’t have a close relationship. But when we got older, we became closer. We moved into the same building, and had our first babies at the same time. For years, my three kids always wanted to be at her home.

My little sister and I could play Scrabble for hours and we also used to go to 86th Street to watch movies together. I liked those sister nights, just us.

Still, Jasmin was always more outgoing than me. I would isolate myself while Jasmin went to the beach and the pool and went out dancing. I was the one to babysit.

Then my sister made friends with a party girl in our building. She started using cocaine and her addiction changed her. Soon she was leaving her kids with me for days at a time.

My anger grew and grew. I didn’t want to be angry at my sister so I blamed her friend. One night I knocked on the friend’s door and called her out to fight. I wanted to hit her—badly. I think I went crazy that day. I was standing at the door screaming, “You got to come out one day! You’re going to have to take your kids to school! You’re going to need something from the store!” I stood there until 3 a.m.

Soon after that my sister met an old man—he was 60 and she was only 23! He gave her money, took her to Puerto Rico. Then I found out he had AIDS. It gave me chills up and down my spine. Why was she doing this?

When I confronted my sister, she said she was using him for money but that she didn’t have sex with him. I was sure it was a lie. I was so upset that I felt I couldn’t handle seeing my sister this way, and for the next three years, I didn’t see her.

A Knock at the Door

Then one day I ran into my sister at my mom’s house. My sister has always had the power to pull at my heartstrings, and soon I allowed her to move in with me.

When my sister came to stay, it didn’t take me long to realize that she was using but I didn’t want to ask her to leave. She had two kids and she was pregnant. I’d just been through a CPS investigation (it was unfounded). I didn’t want my sister to lose her kids.

But one sunny morning soon after her baby was born, CPS came knocking on my door. They told me that my sister’s baby had tested positive for crack and we both needed to be tested for drugs. I was confused, scared, and embarrassed. More than anything, I was angry at my sister.

They put my sister into outpatient treatment and into a shelter apartment. I tested positive for marijuana and I had to go to parenting classes and an outpatient drug treatment program. I was lucky that they didn’t remove my children.

I hoped my sister would take the same wake up call as me, but soon after she moved to the shelter, she messed up. When CPS got to her apartment, there was no food and my 15-year-old niece had been watching her siblings for three days. The baby was just days old.

Once again I decided that I couldn’t be around my sister, and for five years, I didn’t see her.

Over the years, I heard so many terrible things about her life. Once she went on a robbing spree, taking men for their money. One time a man took her upstate and raped her and left her in the woods. Once she wrote to me from jail asking if she could use my address. I said no.

Then I started having nightmares that my sister was dead. Even my daughter woke up one morning, hysterical, saying that she had a dream about my sister dying. I took that as a sign. I told a friend that I couldn’t concentrate or sleep because I was thinking about my sister. He took me to the Bronx to look for her so I could have some peace of mind.

One Saturday we looked for hours. I was hurting inside. After a long day, we were driving toward to the highway when I saw someone who looked like my sister. I called out, “Jasmin!” There was my sister, looking half-dead, lonely, afraid and very sick. She was so skinny I could see her skull.

I got out of the car and held my sister and cried on her for what felt like an hour. I couldn’t believe the sight. It was Jasmin, but it wasn’t. I kept telling my sister, “I love you. You don’t need to be out here.”

I told my sister that I was bringing her home. She didn’t seem to care. She just came with us, no questions asked. When we got to my apartment, my sister took a shower, ate and went to bed. She slept for two days straight. But when she woke up, she got up and went back out.

The next time I saw my sister was at a drug program. She went there instead of getting locked up. She asked me to visit, so my daughter and I went to see her. We talked until we had to leave.
For the next three years, it seemed like my sister had truly come back to us. She completed the drug program. She spent time with her children. She found a boyfriend and a job. She began to look beautiful again, like the old Jasmin I knew.

A few months ago, Jasmin asked to stay with me. Her kids’ father let her 6-year-old and 12-year-old spend weekends with us. She took them to the movies and we played Scrabble. It was just how I wanted to be with my little Sis.

But two weeks ago, my sister took the money I’d been saving for Thanksgiving and she spent it getting high. After all those years sober, she turned so quickly it was crazy. I cried hard knowing that I had once again lost my sister.

At first, I didn’t ask my sister to move out. It’s hard to let my sister go back into that crazy world. But her drug world can jeopardize my family. What if CPS comes back? What if a drug dealer comes to my home for his money? I had to draw the line and tell myself, “I love my sister, but I also love my children and myself.”

Right now, I am so mad at my sister. Her kids love her. I love her. How can she let the devil win every time?

I also feel upset with myself for letting my sister back in. This rollercoaster makes me confused and angry. My feelings are too strong for me. I feel like I’m losing control. I keep asking myself, “Why don’t I learn my lesson?”

I am afraid for my sister. I think of her every day. I don’t want to lose her. I cry knowing that she’s going down fast.

My mom always said, “When one of your sisters falls, you have to be there to help her up.” God knows I’ve tried.