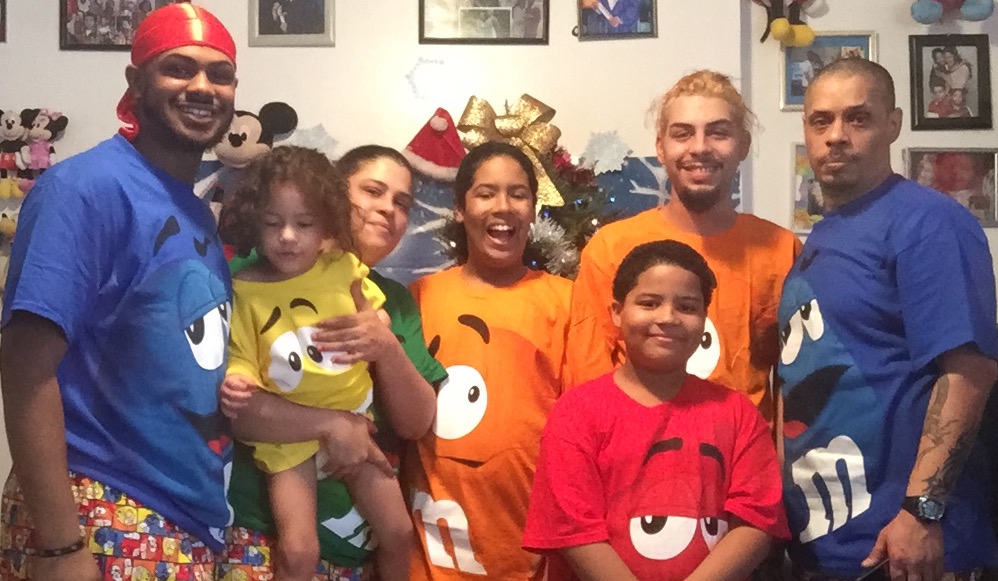 Jeanette and her family

The Administration for Children’s Services (ACS) got involved in my life in 2000 after I disciplined my son by spanking him with a belt. They said I was abusing him and took him away. I was also arrested.

Before the case, I was working in child care. Watching people’s children was fun for me. I enjoyed the little ones and how creative they are at those young ages. I was also in school studying criminal justice.

Having ACS in my life overwhelmed me. I felt confused, fearful and sick to my stomach.

I wasn’t sure why they had to take my son. I was angry at everything and everyone. It also didn’t help that the workers judged and belittled me or that they were rude and obnoxious. It felt like they thought I was a monster for hitting my son, but that’s how I was raised—you got out of line and you got whipped.

Trapped Inside The System

Having a case also made it impossible to work with children anymore, and having to run to so many services made it feel like I would never get back to work or school. It felt clear to me from the beginning that the system wanted me to fail.

In order to get my son back from foster care, I had to do parenting classes, counseling, anger management, and visit my son. It was overwhelming trying to finish school, get a job, and do all that the child welfare system required of me. I was only allowed to see my baby once a week for two hours. Meanwhile, I was in anger management twice a week. It made no sense that I had to see a facilitator more than I saw my child.

I wished I had services in the same place and on the same days. Maybe then I could have juggled services and work better. I had no choice but to quit everything and just focus on getting my baby back. I was consumed by the system and trapped in its world.

Having a case made me think, “I hate these people, and I will never work as one of them.”

It took three years for my case to close and for my son to come home, but he wasn’t my 2-year-old baby anymore; he was now my big 5-year-old schoolboy.

Wow, what a change that was. Adjusting him to my ways and my routine was not easy at all. I cried myself to sleep many nights trying to figure out if I was doing things right, or if the system would come back and take him.

Even though my case was over, I feared the shadow of ACS following me forever, especially once I heard that the details of my investigation would stay visible until the youngest child listed on my case turns 28. I cried. I thought, “This is the end of the world, I will never be able to work with children again. People will always think of me as a bad parent.”

Changing the System from Inside

Even though I wanted to make a change, I was scared to get into the field. While I was in school studying social work, a professor once wrote on my essay that because of my personal experience with the system I was biased, and my feelings would prevent me being a good caseworker.

It’s true that, at the time, I thought I would be against everything that ACS staff did or said, and I would be for parents, 100 percent, no exceptions. I thought that since ACS treated me so cruelly, that’s how professionals in the system were—all of them. I was set on helping parents no matter.

I have had several jobs working in child welfare since my case closed. I’ve been a community representative, parent advocate, peer supporter, parent leader and now I’m the training director for Rise, a magazine for and by parents affected by the system. The crazy thing is that having a case is part of why I have been offered these positions; all have required me to have some experience in the child welfare system.

I have been with Rise since 2008. After I wrote my first story I felt a sense of relief and a connection to myself and my feelings about the system that I bottled up during and after my case.

At Rise, I write stories about the system and present speeches about ways to improve it and support parents. The empowerment I feel when I speak to professionals in the system is unbelievable. I never thought that these people would listen to what I have to say or to what parents say they need and want. I love being the voice of parents who are where I was years ago.

My biggest challenge when I had my case was getting someone to take me seriously, and listen to me. I was always screaming, yelling and fighting but no one could hear me. Working at Rise, I have learned new ways to use my voice to help other families avoid the injustice and cruelty that I faced.

I am now being heard instead of being fixed, which is what a lot of parents say they want. I hope to bring my voice out to larger groups like policymakers, legislators, and commissioners; people who can make a difference and start the change within the system—which I believe is slowly happening.

The Struggle is Real

Dealing with the hate and anger I felt toward the system while trying to be positive and make change within it was a real struggle. But what was even harder is the reality that some kids do need to be removed for their safety. It’s still hard for me to accept that, but I had no choice when I saw a 2-year-old with broken bones and I knew it was the parent.

That is why the heart of my speeches is based on the reality you see when you work in this system.

When you see it, live it, and feel it, you think, “God, how hard being a caseworker must be.” I see now how hard it is to really determine if a parent needs guidance, options and support, or if the child needs to be protected from that parent. It’s a fine line. I’m glad I’m helping people keep both sides in mind when doing this work.

I work with ACS to help professionals better understand parents’ circumstances and needs, and I work with parents to help parents see that change is happening because of our voices. Just look at the system. When I started there was no such thing as parent advocates in agencies. Now there are advocates in many agencies, in legal agencies, in child safety conferences. Another parent leader and I were served on a task force this fall to improve child welfare. I’m positive that it will be mandatory to have an advocate in all agencies within a few years.

One thing that still pains me is that my case has been over for 15 years but I’m still listed as an abuser on the state central registry. My son who was in foster care is 20. The shadow is real for the next eight years.

I’ve tried several times to get my case sealed so I can be cleared to work with children, but I was denied because it was a corporal punishment case and those are difficult to seal.

It didn’t matter that I earned a degree; that I have three more children—Xman, 12, Zachy, 10 and my baby Jo—who have never been exposed to the child welfare system; and that I am happily married to a wonderful, supportive husband who helps me strive.

I wish to someday have a judge that will see all the good I have done for my family and me, and seal the information regarding my investigation. In the meantime, I refuse to let my past or the child welfare system control my future.

I try to put my case behind me and not think of that life, or that person the system made me. I look forward to showing my boys that if they focus, work hard and stay determined, they will reach their goals.

People who don’t experience the child welfare system never truly understand how scary it is. You go through unspeakable emotions, stress and trauma. It’s hard to put the pieces of your life back together after that.

I write this story to say that as parents affected by the child welfare system, it may seem as if the world is crashing down on us and not having our babies will be the hardest thing we ever have to handle. I know it’s difficult to see life after your case but think past how the system makes you feel as a parent, as a person.Think about your goals, your dreams and your desires, and imagine yourself there. Work hard to make those things a reality. Go back to school; take the training you always wanted to take.

I am living proof that they do not have to win. You can overcome this.

I want parents to stay focused, get information, look for an advocate, empower yourself with knowledge of the system, ask plenty of questions and don’t give up, even when you think you can’t win the fight. Join Rise, look for another parent who has been there for support.

If anyone is still looking for us to make it it’s our children.

There is always a new beginning, a new chapter, as I like to say. I think I’m on chapter 20 in my life. I’m striving and I’m happy with who I am as a person, who I have become as a professional, and most importantly who I am as a mother.

My message is simple: Stay strong, stay focused on your children and if you want to be a voice and make a change, get involved in making changes that will really help support other parents. The more we stand together the louder our voice is going to be.