When New York City’s Children’s Services (ACS) took my children three years ago, I was refusing to comply with mental health 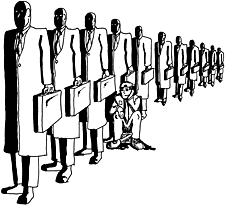 treatment and was getting into violent fights with my husband. I needed a lot of help. But I was assigned a lawyer who said he had never represented anyone in a child welfare case before.

My husband, on the other hand, was lucky enough to get a lawyer from Bronx Defenders, an agency set up to provide better legal representation to parents in child welfare cases. His lawyer had many years of experience with child welfare, worked closely with a parent advocate, and knew how to guide us. My husband’s lawyer fought to have our children returned home to me with a homemaker providing 24-hour supervision. He encouraged us to attend domestic violence counseling, even though ours wasn’t a typical domestic violence case. Our voluntary attendance made a big difference to the judge later on. The parent advocate also came to visits with our children and was able to say in court that she’d seen for herself that the visits went well.

How can more parents have a legal team like my husband’s? To find out, I spoke with Mimi Laver, director of legal education for the American Bar Association’s Center on Children and the Law, which runs the National Project to Improve Representation for Parents.

Q: What are the barriers to excellent legal representation for parents in family court?

A: In many states, there aren’t any qualifications required to represent parents in family court, except that a lawyer go through law school and pass the bar exam. A lawyer can be appointed who has never had a child welfare case before.

Plus, lawyers are usually paid per client and, in many places around the country, they don’t get paid very well. As a result, they often feel like they need to have too many clients. That means that each case gets less attention than it should and not enough lawyers spend time with their clients out of court really getting to know them or how best to represent them.

In the last 6 to 8 years we have seen lots of improvement in parent representation around the country. In New York City, for instance, three agencies—the Center for Family Representation, the Bronx Defenders, and Brooklyn Family Defense Project—raised private dollars and convinced the city to invest public dollars in trying a new model of parent representation in which lawyers work for an agency rather than being paid per case.

At these agencies, lawyers have supervisors that help train them and colleagues to discuss hard cases with. They work with parent advocates and social workers who can support parents while the lawyer works on legal strategy. Lawyers there are paid a salary, rather than being paid per case, so they don’t feel pressured to take on too many cases.

Not every lawyer who works for an agency does a good job, and there are some excellent lawyers who are sole practitioners. But overall, the structure and the support make a difference.

Since that agency model started in New York City, we have been working to spread it to other states, including Vermont, Washington, Michigan and Minnesota.

Michigan has a pilot project—the Detroit Center for Family Advocacy—where lawyers help parents as soon as an investigation is started. They focus on problems like housing, education and domestic violence. When you have a lawyer going with you to housing court, it often means a crumbling building gets fixed. If you have a lawyer with you at an IEP hearing, it often means the child gets the services she needs to stay in the school. These lawyers work as part of a team to solve problems early on so that family crises don’t escalate and children don’t end up in care unnecessarily.

There are other places doing good work as well. In Massachusetts, new lawyers have to shadow more experienced lawyers. They have a mentor lawyer for at least a year who can oversee what they are doing.

One of our goals at the National Project to Improve Representation for Parents is to bring lawyers together at conferences, on our listserv for parent lawyers, and through trainings all around the country so that these best practices spread.

Q: How can every parent come to be represented by a lawyer who is truly up to the job?

Money and politics keep these improvements from spreading everywhere. For instance, it costs more upfront to have social workers and parent advocates working with a lawyer. In order to have the agency model spread, we have begun collecting data to show that, despite the cost, that model improves safety and saves foster care dollars in the long run.

More broadly, we’re working to change the widespread view that if a parent has a child welfare case, that parent probably shouldn’t have her kids at home anyway. We know that supporting parents means supporting kids and families. What parent advocates and parent lawyers can do is show that strengthening parent representation leads to stronger families.