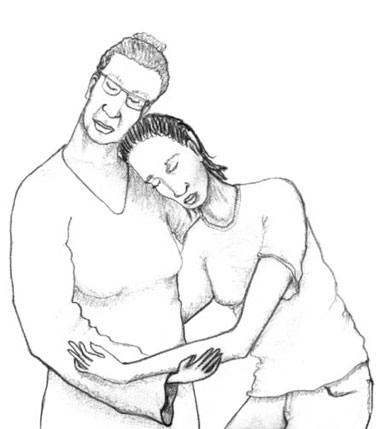 Stacey Platt, the associate director of the Loyola Child Law Center in Chicago, explains how a parent whose child has been sexually abused can protect the child and protect the family from a child welfare investigation:

The law doesn’t offer a formula for how a parent should respond if a child says she was sexually abused by someone in the family or in the home. But there are general standards for child neglect or failure to protect a child from harm. These are suggestions for how to respond.

The first step is ensuring that your child is protected from future sexual abuse by preventing the abuser from having access to your child. One way to do that is to go to the police to have the person arrested. Another is to seek an order of protection that bars that person from your home, either through the criminal system or through the civil courts.

Let’s say a mother finds out that her live-in boyfriend has sexually abused her daughter. She could put him out of the house and get an order of protection against him. Some might say she should also try to have him arrested. If a caseworker is called in, the most important thing she’ll look for is proof that the parent took action to prevent the abuser from being in contact with the child.

The parent’s action would definitely have to be more forceful than saying. “I don’t want you to come here,” or, “From now on I’ll just make sure that I’m here too.” That would put your child in danger of removal. If a child has been abused by someone, even letting the child see that person can be considered harmful.

The second step is taking specific steps to take care of the child’s needs arising from the sexual abuse. That would include taking child to the doctor for a medical check up in case there’s an STD or any physical harm. Failing to take a child for a medical examination could be seen as neglect.

You also would probably want to take your child to a mental health provider that specializes in trauma or sexual abuse and get an assessment. I don’t think every child who has been molested needs to be in therapy, but if your child is telling you about the abuse, they may need help dealing with what happened, not only from you but also from a professional.

Not taking these steps could lead to an investigation or removal. When you take your child to a doctor, mental health professional, or the police, they may call the abuse hotline, since they’re mandated reporters.

Caseworkers make good decisions and bad decisions. But if you can show that you’re protecting your child from future trauma, and helping your child heal physically and mentally, that’s what’s reasonably required of you.