For over 20 years, I was isolated. I was afraid to speak about what I’d been through or how I felt. I didn’t think people 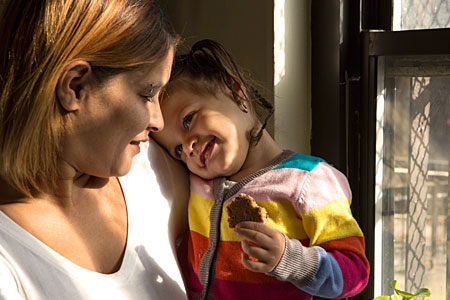 would listen. In the past I was blamed and judged.

When I did try to speak about what had happened to me, I re-lived the pain and would cry.

I joined Rise in 2008. I love to write and I wanted to put my stories on paper.

The editor, Nora, always asked, “Why did you say that?” “What did you do after?” and “How can you change it?” I would think, “Why is she asking me so many questions?” I had to realize that the answers made my story fit together.

At first, I wasn’t coming in as much. I avoided coming in because I was afraid of questions that I wasn’t ready to answer. It would be weeks at a time before I saw Nora again. Little by little I showed up more often.

Nora was very patient with me and gave me time. She didn’t rush me or give me a time limit. It made me feel comfortable.

And little by little, I was no longer crying every time she asked me those questions. I learned that you can let someone know what has happened in your life without being judged or blamed.

Not long ago, Nora asked if I would speak on a panel at the Bronx Family Court, about trauma. Just saying yes made me nervous. But I wanted to break free from my shell.

When I got there, I saw there were a lot of people in the room – at least 50 people – and I felt overwhelmed. Knowing they were judges and lawyers made me even more nervous. My stomach began to hurt. I thought I would stutter or mess up.

When it was my turn to read, I told myself, “Just imagine you’re speaking with Nora, alone in the room.” I didn’t look up. It was hard, but as I continued to speak it became easier. I became more confident. I felt that I could speak without fear to all of those people.

I had said that I wouldn’t answer any questions, but when the time came for the audience to ask questions, I answered the first one!

At the end of the panel, I felt relieved. I felt we made an impact on the lawyers and judges because they asked questions and they invited us to speak again.

Speaking at the conference turned out to be a good experience. I did it! I’m glad I did.