For June’s National Reunification Month, organizations around the country celebrated the perseverance and resilience of parents reunifying with children from foster care and of the professionals who support them. 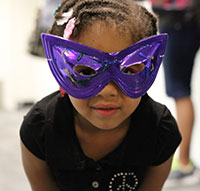 the family defense organization The Bronx Defenders hosted a reunification celebration, with food, face painting, performances, and families coming together to celebrate the strength of their bonds. “What we thought would be a little party turned out to be an incredibly powerful moment for our clients to step back from their legal cases and reflect on how far they’ve traveled for their children,” wrote Caitlin Becker, a Bronx Defenders social worker, in a reflection on the evening.

Below are the reunification stories three clients shared with Rise on the night of the celebration. If you have pictures and stories from reunification celebrations you would like to share, send them to risemaginfo@gmail.com.

I have five children, but I always struggled with my middle son’s behavior. After my husband and I separated, his behavior grew worse. When he was 10, I went to ACS for help. We dragged along for a year but the situation didn’t improve. Then ACS removed him and my two younger children as well, claiming failure of supervision.

After my children were taken, the worst part was being in the empty house alone. I would go to make pancakes but there’d be no one there to eat them.

My kids were in care for six months. What helped me most was a class for parents with children with special needs. That class helped me understand m 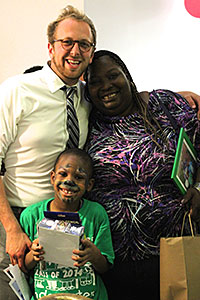 y son, who has been diagnosed with bipolar disorder and oppositional defiance disorder. I used to think he just didn’t want to behave. I learned that being mad at him for his behavior is like being mad at someone for having diabetes. That helped me gain a lot of patience.

I also went to therapy to deal with my fears. My biggest fear was that I would lose my children forever, that I was not a good enough parent, and that I didn’t deserve to have my own children.

My middle child is now in a psychiatric hospital, where I can see him whenever I want. It’s hard not having him come home, but I’m glad he’s getting the treatment he needs. My other two sons came home this month.

I’ve grown a lot in the past six months, but having my children removed was very destructive to them. One of my sons continues to have nightmares that he is being removed. My 6 year old thinks if he doesn’t pass a math test, someone can take him away.

I grew up in foster care from 18 months until I was 21. When my daughter was born, I promised her she’d never be in care. But when I went to the hospital for a p 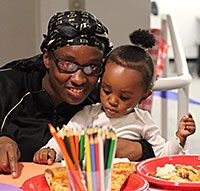 anic attack soon after I aged out of care, the hospital staff thought I was neglecting her.

When they took my daughter, I felt like someone had snatched my soul. I did everything to try to prevent my daughter from going into foster care, but it still happened. I felt like I had let her down.

My lawyer, Emma Ketteringham, and my social worker, Caitlin Becker, helped me stay positive. The caseworkers who knew me before I aged out of care also told ACS that I always took good care of my daughter, and my daughter’s foster mother allowed me to visit with my daughter nearly every day. All that helped me know that there is hope. My daughter has been in care for two months but she is scheduled to come home very soon.

What I learned most from the experience is what it feels like to step on to the other side. I learned how parents feel. There were times when I used to cry and pray to God, but I feel good that I never gave up.

When my older children were born, I was struggling with addiction. My son was born premature, at 1 pound, 3 ounces. That’s when they took my children. It was so horrible I felt like I couldn’t breathe.

After my children were taken, I did the services I was supposed to do. But my kids were in the same house the whole time I was trying to get my life together, and i 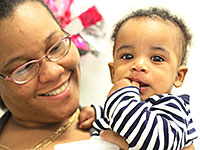 t seemed like the caseworkers thought my children should be adopted. As the years went on, there were times when I thought I wasn’t going to get either of them back, but I didn’t stop trying.

It was a long road for me and, eventually, my daughter was adopted. But I did turn my life around and now they’re getting ready to send my son home.

I feel proud of everything I did, from being able to stop using drugs to becoming the mother I always wanted to be. Sometimes when my son has overnight visits, my daughter’s adoptive mother lets her come, too. I tell my daughter that no matter what, we will always be in each other’s lives.