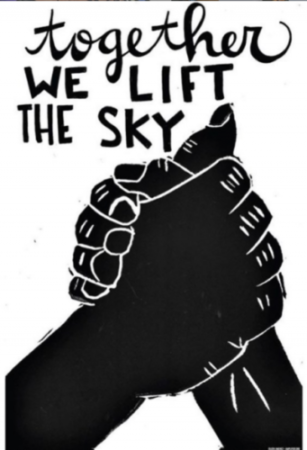 New York Governor Hochul recently signed the Child Poverty Reduction Act into law after it was passed with near-unanimous support from the Legislature earlier this year. This legislation calls for the creation of a Child Poverty Reduction Advisory Council to explore policies, make recommendations and publish benchmarks, timelines and reports to ensure that NYS reduces child poverty by 50% within the next 10 years. A broad coalition of child advocacy, child care, health, child welfare and poverty-fighting organizations, including the Schuyler Center for Analysis and Advocacy, advocated for the passage of this important legislation.

In November, Rise joined calls for passage of this legislation by submitting a letter of support to Governor Hochul, specifically highlighting the intersection of child poverty and family policing. As described in Rise’s participatory action research report, “In the eyes of the Office of Children and Family Services (OCFS), New York State’s family policing agency, being unable to provide food, clothing and shelter are seen as signs of child neglect. This broad category of neglect accounts for 76% of all ‘child maltreatment’ allegations made to ACS.” Because NY State’s definition of child maltreatment conflates poverty with neglect, reducing child poverty will also help to reduce hotline reports and families’ involvement with the harmful family policing system.

Rise celebrates passage of this Act, including its focus on strengthening and expanding NY’s Earned Income Tax Credit and child tax credit; expanding work training and employment programs; increasing access to subsidized housing vouchers; and expanding access to subsidized child care. In making recommendations, the Act calls for the advisory board to consider the disproportionate impact of poverty on various racial groups and what policies may assist in alleviating disparities, as well as ways to improve individuals’ access to benefits regardless of immigration status.

The Child Poverty Reduction Act outlines groups that must have representative appointees on the advisory council developed to lead this effort. As the State works to create the advisory council, it is essential that people directly impacted by systems that punish poverty (including parents impacted by the family policing system) and individuals representing trusted community groups are the majority of its members and lead this work. That will require those tasked with appointing representatives, and the council itself, to consider power dynamics and ensure that the voices of those most affected are given weight in identifying solutions and making decisions. The advisory council should be accountable to communities impacted by poverty, and information about its membership and work should be transparent and accessible.

It is concerning that the legislation calls for OCFS to be involved in the council, as family policing agencies do not address root causes of family stress, such as poverty and inequity. Rise’s participatory action research report calls for disentangling family support from family policing agencies. As the advisory council works to expand access to subsidized housing and subsidized child care, it is critical that these resources be made available to families without requiring that they be in crisis or involved with the family policing system.

As the State begins to implement the Act, Rise calls for the advisory council to center representation, leadership and decision making by grassroots community groups and individuals directly impacted by poverty and by systems that police and punish poverty.