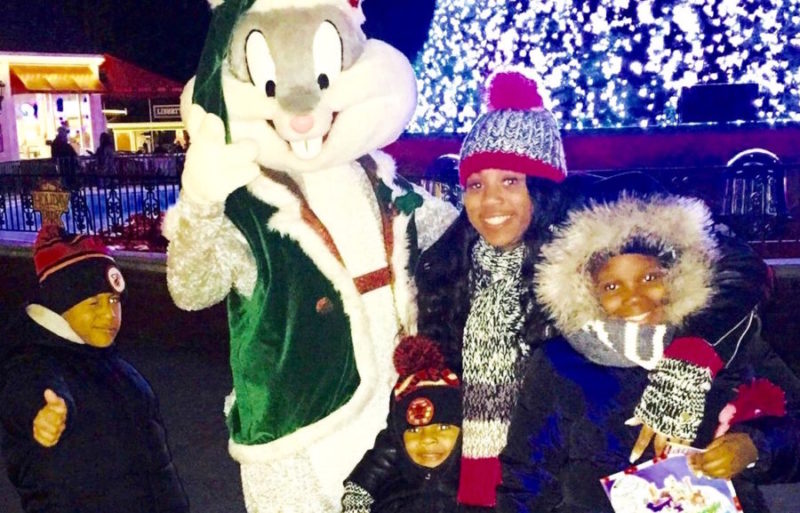 NYC parent LaQuana Chappelle explains how and why she sued ACS

LaQuana Chappelle’s children were removed by ACS following an accident. After she got her kids back, she got a lawyer and sued the system. The case was settled with the City of New York paying damages to LaQuana and her children.

Here, LaQuana discusses her experience, the importance of knowing your rights and her advice for other parents who are considering suing.

Q. Can you tell us a little bit about yourself and your case?
A. I grew up in foster care — from when I was 12 years old until I aged out to homelessness at 21.

As a parent, I ran into trouble with ACS due to an accident. My baby had a bump on his head that turned out to be a displaced fracture. When I took my baby to the doctor, I had no explanation of how the injury had happened, and that’s why child services was called in.

I later found out that the injury happened when someone else was watching the baby. That person did not inform me that he had fallen out of a stroller. Two of the stroller restraints were not tight enough, and he was very small at the time, so when they lifted the stroller up to take him down the stairs, he slipped out. That individual stepped forward and came to court after he realized the child was hurt, but that was after my children we removed.

Q. What was the impact of that separation on you and your children?

A. At that time, I had three children and they were all removed.

Four days passed before I found out where my children were. My 7 week old baby couldn’t see me, smell me, or have any contact with me for four days straight. It was really traumatizing for me, so I think that it was traumatizing for him. Who knows what neurological or psychological effects that can have on a newborn baby.

My daughter was molested in care, so I had to go through a series of different treatment plans for her. We had to go through hell and high water to get her back emotionally, but thank God she is now happy and healthy.

I had a job offer at the time, but I didn’t do it. I just had to get myself together, and it took me two years to be ready to have a job.

Now I’m scared to leave my children with other people because of what could happen.

Q. What did you sue for and what was the process?

A.  I did not start seeking legal representation for a lawsuit until after I had won my hearing and the children were returned home to me.

First, I went to a law firm in Long Island. Although they rejected the case, they said they would send me with a list of other lawyers. Carol Kubitschek and David Lansner were on that list. I contacted them and they met with me and took the case.

I sued for unlawful removal, violation of my 14th Amendment rights and mental distress.

It was draining because over the course of two years, I had to not only relive the incident, but also go through dispositions, explain myself several times and answer questions. Talking about it constantly retriggered the trauma and also really frustrated me.

We settled out of court, which means I didn’t have to go through a trial and go before a jury. There was a settlement conference where I sat with my lawyer and a judge and a city representative and we talked about numbers—what the settlement would be. If we didn’t come to an agreement, then we would go to court. I wasn’t completely satisfied with the payout (I only got $100,000), but I was really satisfied with my legal representation, and it was dragging on so long that I wanted to end it.

It took quite some time to settle and then to receive the check. I filed the lawsuit in 2014 and I received my settlement in 2016.

Q. Based on your experience, what are the potential risks and benefits of suing the system?

A. You have nothing to lose, especially if you choose the right attorney who only gets paid if you get paid. You challenge the system. You challenge the city. I think that was the best part. The money alone wasn’t what it was about. It was about fighting for my rights. It was about showing them you can’t just take away my kids and get away with it. It empowered me more than financial gain. If you know your rights are violated, then you can do something about it. You’re not going to take it sitting down anymore. You realize the power of the pen.

A potential risk is wasting your time, losing the suit, and still having to pay the attorney, if you have an attorney who works like that. Make sure you read your contract so you know how it works and how they get paid. Another risk is the disappointment if you lose your lawsuit and you faced all these challenges and there was no restitution.

Q. Why is it important for parents to know their rights?
A. It’s crucial for you to know your rights at all times so that you can protect and advocate for your children and advocate and fight for yourself. Your children could be placed with strangers, so it is important to know how to navigate the system to protect your children. It is also important to know how to be aware of where your children are at all times. In the middle of the night a home could be closed, and your children could be moved to another place. If you don’t know that the child welfare agency has a certain number of hours to contact you, you could go days and days without knowing that your child was moved, maybe until the next visit.

I know family court laws. I sat down and read the laws, so when a lawyer is talking to me, they talk to me on the same level. I could tell the ACS worker, “Oh no honey, that’s against the family court act section this that that the third.”

You have to educate yourself in general, not only if you are involved with ACS. Those laws govern the welfare of our children and they are put in place for certain reasons, but they are being abused and distorted.

Q. What advice do you have for other parents who are thinking about suing?

A. You have to document everything—the first time ACS made a visit to your house, the names of the workers and the workers’ supervisor, their email addresses.

Start writing emails and filing complaints. I called 311 every week. I sent emails because that creates a paper trail. Any time you send something electronically, you can go back to it and you have a paper trail. If they do not respond, then all of this is good for a lawsuit, because you need a foundation. In order for you to get that foundation, you start with documentation and the power of the pen.

The second thing is, you get more bees with honey than with vinegar, and I want y’all to write that twice. If somebody is nasty to you, do not react with nastiness. Use every bit of patience within your spirit to remain calm and level headed and react to them with kindness. You kill them with kindness. I can be so kind that I am being disrespectful, and I’m still being kind. So now you can’t say I was an angry person.

They are putting you under a microscope. They are trained to push your buttons so that you react and they can go back and write their new notes. If you are consistently raising your voice and having a nasty, disrespectful attitude, they are writing that down, and it doesn’t look good. If you present well, it will carry.

Never give more information than necessary. If they do not ask, you do not tell.

Understand the lawsuit is a process and is not going to happen overnight. It helps if you are organized with your paperwork and information. Get your ducks in a row. Get your name cleared. You have to do a lot of writing and getting papers notarized, a lot of footwork. You have to be consistent and persistent.

My attorney liked for me to be super transparent. So just be honest with your attorney.

Establish a team of people familiar with the field to stand behind you as a support system. Your kids’ teachers can give a good character witness.

Even if you are not filing a lawsuit, any time you come in contact with ACS I think you should get a therapist, because you are going to need to vent. It is going to be frustrating dealing with people who can be rude to you or lie about you. You can even say, I need therapy due to ACS. I wish I had started seeing a therapist as soon as everything was transpiring, because that would have put me at ease. I fell into a depression, and that’s why it was hard for me to do certain things. But I got it done.