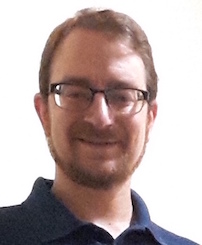 In 2005, I fell in love with a woman and moved across the country to be with her.

But when we arrived in California, she and I and her little girl, Casey, were cramped up living with friends. Eventually, we got our own place, but it was hard to make ends meet. I’d earned my associate’s degree in horticulture but couldn’t find anything in landscaping. After a while I was willing to work any job, including a temporary job at an amusement park.

After about a year, we had a daughter, Cadence. But soon after, I found out that my girlfriend was running from the Department of Children and Family services because she’d wrecked her car with Casey in it. When DCFs caught up with my girlfriend, they allowed us to keep Cadence, but Casey, who was 7, was taken into foster care.

I was shocked. I loved being a father to Casey. I went on the slides with her, built snowmen and was a guest at her tea parties. we worked hard to get Casey back. social services also helped with our rent. after a few months, Casey came home. But the stability didn’t last.

AM I STILL DAD?

Over time, I learned that my girlfriend had a mood disorder and could be violent when she wasn’t on medication. she also abused drugs and alcohol. She cussed at me and attacked me.

When my daughter was 2, I decided I had to leave the relationship. I could only afford a room in an apartment with friends, so I left the girls with their mother. she’d never been violent to them, so I thought they’d be OK. But child protective services was still monitoring the home. When they

found my girlfriend intoxicated and the girls unsupervised, they took both girls into foster care.

I wanted to get custody of them. But I didn’t know how to find a suitable place. I didn’t ask the agency for help with rent, and they didn’t offer any. I thought of asking my family, but I was too ashamed. Instead, I simply prayed, read the Bible and slept long hours. my feeling of hopelessness was the absolute worst feeling I’ve ever felt.

Then after a couple of months of only seeing my daughter at weekly visits, she began to call the foster father Dad and me Eric. That hurt so much.

NO ONE PULLING FOR ME

Still, in the first few months, I went from supervised to unsupervised visits. I thought my daughter would return to me. But then the first caseworker left, and I had no one in the system pulling for me. my daughter’s foster parents, who had so much more money and stability than I did, wanted to adopt my daughter, and they regularly made negative reports about me and the mother. The new caseworker backed up everything they said.

I also made a big mistake trying to work with my ex, who entered rehab after the girls were taken.

For about six months, I went to visits with her to help her be the mother I’d once known. But she fought with the caseworkers, her lawyer, my lawyer and the judge. Finally I decided to have visits alone, but I still went to court with her and delivered clothes and toiletries to her in rehab. When I said no to anything, she’d make up allegations that I took ecstasy. Even though I tested negative, the drama didn’t look good.

A SERIES OF TERRIBLE ERRORS

Toward the end of 2008, I got a phone call that hurt: Casey was going to be adopted. The worker made clear that further contact was not allowed, not even to say good-bye.

A few months later, the worker told me that if I didn’t find a suitable place, I could lose Cadence, too. I moved into a small apartment in an unsafe part of town. There wasn’t much space, so I packed our belongings in the bedroom and figured we’d sleep in the living room. But this was against department policy. Then my daughter’s attorney came by and reported that my place was cluttered and I lost my overnight visits.

I felt so overwhelmed that I smoked pot one day at a neighbor’s. I knew it was wrong but I felt hopeless. That led to a positive drug test, and the worker moved me back to supervised visits.

By then, Cadence had been in foster care for about two years. something in me continued to try and I managed to find a full-time job at a fast food restaurant.

But daily life was so hard. my daughter and the agency were in an expensive area, far from my neighborhood. I didn’t have a car and getting to the agency took three hours by public transportation. Sometimes I’d make appointments with the caseworker not knowing how to get there. I looked bad when I missed them.

I always found a way to make it to visits with my daughter, even if I had to eat cheap for a week. This was never mentioned in court, and my bond with my daughter kept getting weaker.

When termination finally came, it was hard to function. a family from church took me in and never judged me. Then they helped me move back to Virginia to be with my family.

HOLDING ON TO HOPE

It has been five years since I last saw my daughter. I’ve met and married a supportive woman and found a full-time job. I volunteer with the Cub scouts and go to church and counseling to cope with my past.

Still, it’s hard to accept that if I’d found a decent home when the girls went into care, I might never have lost them. Mainly, I hold onto hope that later I’ll see Cadence again. I hope to see Casey, too, whom I still love. I have a savings account for Cadence and I mail her letters. I pray one day a judge will see my progress and let me be in my daughter’s life.