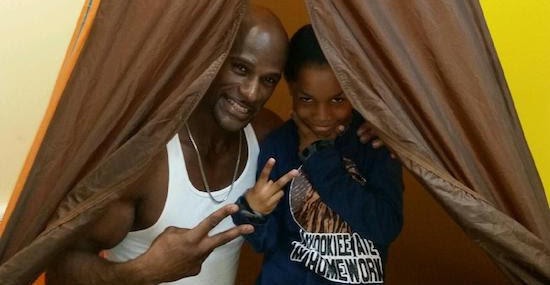 When D’Juan Collins was incarcerated for drug possession in 2007, he was the sole parent to his son, Isaiah, who was just 10 months old. During his sentence, he and his son visited at Fishkill Correctional Facility. When he was released after serving six years, D’Juan lost the fight to reunite with his son. Isaiah, of course, lost too.

“I met D’Juan when he joined a writing group I ran at a foster care agency. I still have a picture of D’Juan and Isaiah peering out of a teepee they put together in the agency visiting room. They didn’t know it would be the last time they’d ever spend together.

“In poor communities of color, a knock on the door from child protective investigators is as common—and unjustifiable—as a call from a holding cell. As public attitudes toward criminal justice have begun to evolve, child welfare laws have not.

“The New York state legislature took steps toward changing this, passing two bills in June that advance racial and economic justice in the child welfare system. It is critical that Governor Andrew Cuomo sign these bills—and that the public recognize child welfare as a justice issue and advance legislation nationwide to protect families.”

Read the full article in The Appeal.