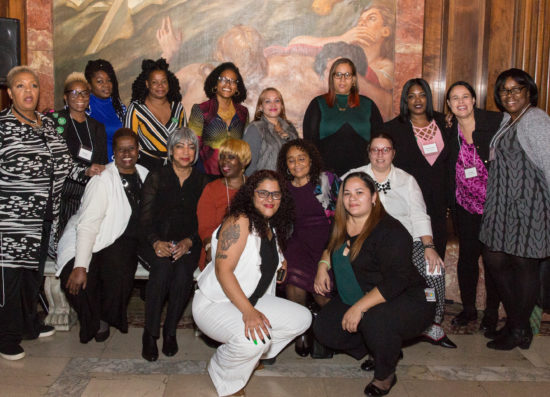 In Iowa, parents who have successfully navigated the child welfare system mentor parents with open cases in all of the state’s 99 counties, paid for by the state. In Washington, a lobbying group made up entirely of child welfare-affected parents has helped to pass over 20 pieces of legislation. And this year in Minnesota, when a child welfare-affected father sued the state, he was able to bring out hundreds of parents to rallies to speak out against injustices.

And yet…most places in this country don’t have any parent advocates, and where there is advocacy, funding is limited, limiting parent advocates’ impact. Raising money for parents to have a voice in shaping child welfare laws and to work to change the system from the outside is particularly hard.

Here, Suzanne Sellers, executive director of Families Organizing for Child Welfare Justice, a nonprofit organization in Chicago; Corey Best, a parent, family engagement consultant and public speaker based in Florida; David Tobis, author of From Pariahs to Partners: How Parents and Their Allies Changed New York City’s Child Welfare System; and Meryl Levine, senior associate with the National Alliance of Children’s Trust and Prevention Funds, which coordinates the Birth Parent National Network (BPNN), discuss the origins of parent advocacy, its growth, and the barriers to growth.

Q: Why was there a need for parent advocacy?

Sellers: I was two years sober when my parental rights were wrongfully terminated in 1999. During my case, there were no parents that I could talk to to find out how to navigate the situation. Being exposed to all the different agendas and personalities in the system, the court proceedings and big words and terminology was just too difficult. I didn’t have anybody to help me.

TOBIS: In the 1990s in New York City, we started to organize parents through the Child Welfare Fund to give them a greater voice to push the system to change. That led to the creation of the Child Welfare Organizing Project (CWOP), where parents were trained to help other parents. Then national foundations, beginning with the Annie E. Casey Foundation and then Casey Family Programs, started to do the same.

LEVINE: Things changed when studies began to show that parent participation in child welfare programs could contribute to the reunification of families and lead to a reduction in the reoccurrence of maltreatment.

Q: What forms of parent advocacy exist and what impact have they had?

BEST: There’s grassroots advocacy. There are also advocates who work within child welfare systems to help parents navigate the system. Finally, there are advocates whose goal is to impact lasting change in policy.

TOBIS: It was pressure from parents that got the inclusion of parent advocates in child safety conferences throughout New York City, ensuring that parents’ voices are heard early in their cases when they face losing their children.

BEST: Most recently, there’s the inclusion of parent voice in the Family First Prevention Services Act. Parents from across the country, myself included, spent two years going back and forth to Capitol Hill testifying about the need to do something different in order to keep kids safely at home.

Q: What are the biggest barriers to its growth?

SELLERS: In Chicago, there are two parents paid by the Department of Children and Family Services who work at the court as Parent Partners, but they’re only funded to give Parent Partner services for 90 days; child welfare cases can be in court for up to two years!

I work outside the system and my biggest challenge is also funding. My board donates but primarily I have a full-time job and I put some of my paycheck into the organization.

I’ve tried partnering with criminal justice organizations to no avail. I think they think child welfare would only slow down a train that’s already moving at a nice pace.

I’ve also tried to work with child protection here in Illinois, but because I’m not afraid to speak out against injustice, I’m seen as someone who would rock the boat and I’m pushed to the side.

Q: What needs to change?

LEVINE: There needs to be more research showing the effectiveness of peer-to-peer strategies, and more funding so that parents can be involved in the development of policies and practices that impact families. The passage of the Families First Act gives us an opportunity to rethink the role of parent advocates to work in prevention.

We also need to publicize success stories and show that parents are not monsters.

And we need parent advocates in positions of authority: executive directors and deputy directors who have authority to make change within the system. Right now, parents working for the child protective system are in entry-level positions.

TOBIS: Parent advocacy has humanized parents. But across the country the system is still very punitive. There is so much further to go so that parents have a strong say in creating a system that will benefit rather than punish them.