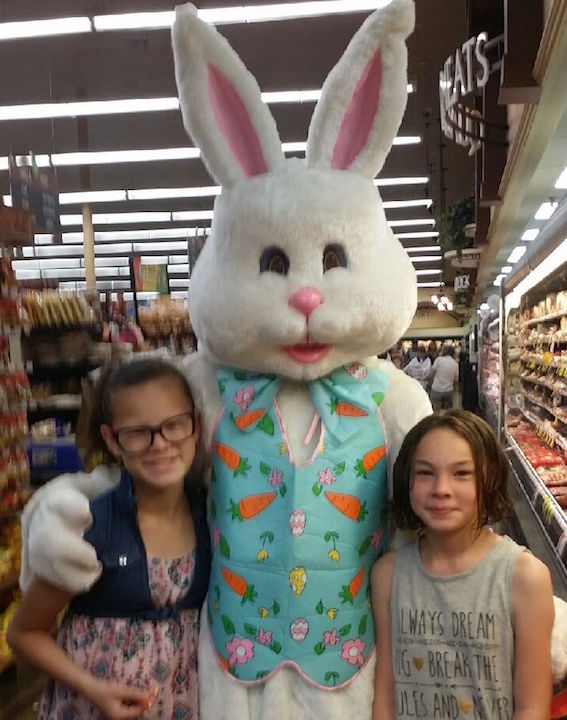 I met my caseworker Gloria when I went to rehab after I got the case. The first time we met, she explained how she could help me get my kids back if I put forth the effort. It was hard to believe her because she worked for the same people who took the ones I loved. But she let me know that my children belonged with me, that she believed in me and that I could do this.

Finally, she asked me if there was anything that she could do for me.

My daughters Sheryl, 3, and Jayme, 2, had been taken into custody when they both tested positive for meth. I thought there was no way my kids could’ve tested positive because
I would do it away from them, so I believed that New Mexico’s Children, Youth and Families Department (CYFD) was doctoring the tests. (It wasn’t until later that I found out what really happened to my girls. I had taken some dope to a guy that was staying in a motel room with my kids’ mother. My girls got into the dope, ate it and got sick. Then the guy called CYFD). But I thought the reason my kids were sick was just a stomach bug.

When my kids were taken, I became very defensive. I felt violated, like a part of me had been ripped away. I had a hard time trusting anyone and I wanted to blame my kids’ mother, CYFD, law enforcement and especially the guy who called CYFD. My lack of trust made me very resistant to the help that they were trying to give. I also had been using meth for about 10 years and did not think that I could quit. But deep down I knew that I was to blame.

I met Gloria a week before Christmas and about four weeks since I’d seen my kids. I told Gloria that I would love to see them.

Before they were taken, they saw me just about every day. We had a very strong bond. Since we’d been separated, I’d wonder if they felt as bad I as did.

Gloria said they usually didn’t take kids to rehab but she would see what she could do.

A few days later she called telling me that my kids and I would be having a two-hour visit.

I will never forget that Christmas. I was in rehab with some awesome people; they made drawings and toys out of paper for me to give to my kids.

When I had my visit, my girls came running and jumped on me, giving me hugs. I can remember Sheryl saying, “Dad, I want to go home.” I didn’t want them to know how bad I was feeling so I talked to them about how I was getting well.

Something else happened that day; Gloria showed me that I could trust her.

When I got out of rehab, I was able to change my attitude and work with people at CYFD constructively. I was willing to do the things on my treatment plan and was able to talk to the worker about all the stuff that I was doing and how I could do more to get the girls back. She made me feel like she was there to help.

My daughters returned home to me after time.

It’s important for a caseworker to get on the parents’ good side because it’s so hard to trust the people who have taken your children. But when there’s trust, parents are more receptive to hearing about behaviors that need to change. Now when I tell my story to other parents, I always talk about how my caseworker was the one who helped me gain that trust.