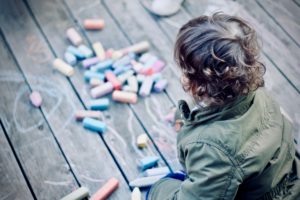 Recently, I facilitated a Family Team Meeting with a mother who was going through tremendous stress. Her partner had recently died and she’d been diagnosed with a serious illness. She also suffered from anxiety and depression

Up until these crises in her life, she’d worked, had an apartment, cared for her daughter. But after,
she started losing interest in life and hoarding belongings in ways that were dangerous. Her daughter, 12, had developmental and cognitive disabilities. Eventually, she was removed from her mother. Mom blamed everyone and was aggressive toward every case planner.

THE IMPORTANCE OF PARENTS’ PERSPECTIVES

Before the meeting, I felt anxious because dealing with aggression is one of my biggest challenges. But because parents’ input in Family Team Meetings is often critical to coming up with the best plan for their children, over time I’ve learned to manage my anxiety by focusing on the parent’s feelings instead of on my own.

The day of the meeting, I came early to welcome mom.

She looked angry and anxious, avoiding eye contact. I wanted to open conversation and validate her feelings so I asked about her commute and how she felt coming to the meeting. Mom said she did not want to come because no one understood her.

When the meeting started and I reviewed the rules, I noticed that when I said “no shaming no blaming,” mom looked up.

Then I asked mom to give her version of the story. I told her that I would write notes to remember her story. She looked at me, surprised. Then she started crying as if she wasn’t expecting anyone to care what she had to say. I offered her tissues and we waited in silence until she was ready to talk.

She talked about how she and her daughter used to go to Broadway shows and the park, and read together.

As she talked I told her, “I hear you,” and said how hard it must be for her to go through this.

She felt comfortable enough to talk about how her recent struggles impacted her and her daughter. She showed that even when she was not able to really care for her daughter properly, she’d reached out for help. She’d hired a babysitter and eventually, she reached out to her daughter’s half-sister, who became her foster mother. She didn’t like her too much, but she was able to work with her for the sake of her daughter.

Listening to her, I thought how often we focus on parents’ struggles and not on their strengths.

MAKING SPACE FOR PAIN AND ANGER

Next, it was time to discuss the risks. When I started reading out the case planner’s concerns, which included mom’s mental health issues and the safety of the home, mom started screaming and calling people names. I think she felt overwhelmed by wanting her daughter, by all her losses, by all the bad things being held up for everyone to see.

I felt sad and unable to approach her. But I observed some participants making faces like they were expecting her to act that way, or like she was o ending them. I felt upset. Those of us who work in child welfare should be more educated about mental illness.

Finally, I asked mom if she wanted to take a break.

Before she walked out, I told her it was extremely important for her to return. We needed her to help us plan for her daughter. She left with the social worker who worked with her legal provider. Ten minutes later, she returned seeming calmer.

I reminded mom of her strengths and I told her we could use those strengths in creating a permanency plan for her daughter. But I also told her that everyone at the conference has a voice and that now was the time to focus on concerns that others had. I had noticed mom smile recalling the activities she used to do with her daughter. I told her that we wanted to bring those beautiful moments back but to do that we needed to address her own and the agency’s concerns.

After that, we worked together to find solutions.

Once we arranged for mom to visit her child at the foster home rather than the agency, which was less stressful for her, she agreed to go to therapy after work, which before she’d said she was too stressed to do.

Mom also wanted to take part in her daughter’s education. The foster mother agreed that she and mom could visit the daughter’s school together.

Because the child was in a kinship foster home, we also decided to discuss in court changing the goal to KinGap, a guardianship agreement that would allow the daughter to stay with her half-sister until a judge deemed she could return to her mom, but without child welfare involvement.

EMPOWERED TO DO BETTER

After the conference, I took lunch to recover. I thought about this mom’s losses, and about how strong she was to get up from her bed to come to the meeting and to return to the meeting after she got so upset.

Parents with mental illness struggle with their illness and with accepting that they need help. When we remove their children from them, it can make it challenging for them to continue with services. But when we remind them of their strengths, we can empower them to do better.