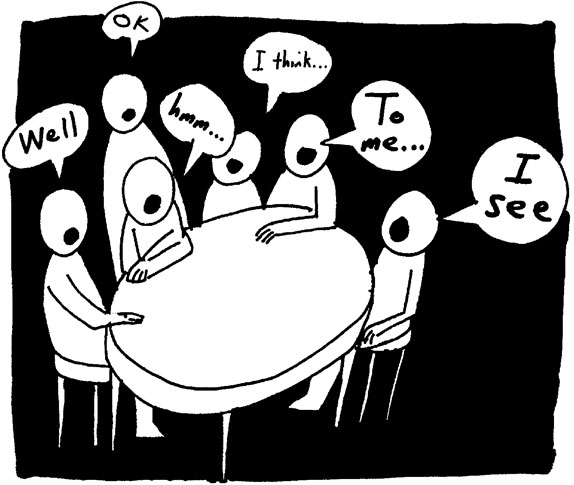 For the past 18 months, social worker Randy Jenkins and parent advocate Sandra Jimenez have been training birth parents to become advocates and supports for parents at child welfare agencies in 15 cities nationwide. Here, Jenkins explains how their work begins with conversations to help agency staff and birth parents learn from each other:

The Annie E. Casey Foundation is interested in changing the way the child welfare system engages with parents. When the federal government reviewed foster care systems, 49 of 50 states failed to show they were engaging parents. We’ve got to do a better job of learning from birth parents about their experiences in our systems in order to make them better.

Then we have trainings with parents and with agency staff from frontline workers to senior managers. The training is humanizing for the parents and workers.

The most powerful conversations are tough conversations. In one training session, the workers were on one side of the room and parents were grouped together on the other. We were talking about loss and grief and we kept hearing “you parents” or “you people.” Finally, the parents had had enough and challenged the child welfare practitioners. They said, “What about y’all? Did you come from perfect families?” That opened up conversation.

Workers and supervisors were able to share that they too had suffered abuse, domestic violence, alcoholism but were taught in social work school not to share that kind of information with families. Of course, as a social worker you want to be careful that you don’t start to talk about your issues and forget about the families you serve. But sometimes workers forget that their own families needed help, too.

When the parents heard that, they were absolutely shocked. They thought these workers just got into child welfare for the 9-5. They didn’t realize that many workers are trying to give the help their own families needed.

What Each Side Thinks

Then we help parents and workers explain to each other the behavior that often results from the very intense feelings child welfare brings up. These group trainings help both sides realize what the other person thinks. From there, parents and agency workers can work together without as many misunderstandings.

For parents, they’re afraid and embarrassed and feel powerless. Their behavior might be motivated by anxiety, especially at first. A parent once told the group, “Let’s say the social worker asked me to come to the agency at 10 a.m. for a team decision meeting. I get up at 7 worried about this meeting, and I get high because I’m scared. Now I’m too high so I need to take a drink. Now I’m too embarrassed to go so I crawl back into bed. The worker sees me as being noncompliant. But it’s not that I didn’t love or care about my child, it’s just that it’s so tough for me to handle these feelings.”

Then a worker might explain her perspective. The worker sees the parent hasn’t showed and the worker feels betrayed. She thinks, “I really tried to get her some help, but she didn’t care.” As a result of feeling betrayed, the worker’s behavior changes. She may not listen, may label the parent as noncompliant, just turn off.

After this process, we put together a program to train parent advocates. There are three different roles parents play. They can be mentors working one-on-one with other parents to get their kids home. They can be trainers, facilitating orientations for foster parents, new workers, and community partners. Or they can learn about child welfare policy and become parent leaders who might sit on planning teams or committees, helping to shape child welfare practice.

We’ve only been working on this for 18 months, so it’s all new and we’re still learning, but in most of our sites, we have parents doing all of those things.