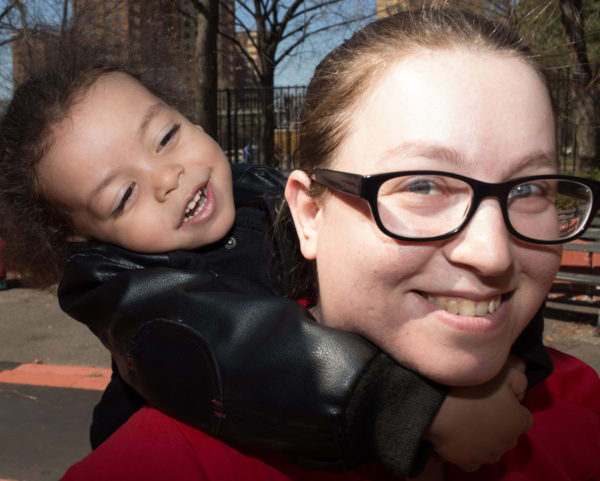 Q: What is the Preserving Family Bonds bill?

A: Let me start by explaining how the law works now. If an agency has filed to terminate a parent’s rights, the parent can make the decision to go to trial or they can agree to surrender their rights.

Currently, in New York State, if a parent chooses to surrender their rights, they can do what is called a “conditional surrender,” which means they agree to surrender their rights on the condition that they will be able to have contact with their child after their rights are terminated.  That contact can be updates, letters or phone calls, or visits. The Family Court judge has to consider that contact to be in the best interest of the child, and everyone has to agree to it. Then that contact order gets made part of the final adoption order and it is enforceable by the court. If the adoptive parent doesn’t follow through on providing that contact, the parent is permitted to go back to court to try to get that order enforced.

But right now, if parents choose to go to trial on the termination and lose, they also lose the opportunity to ask the court to make a contact order that is legally enforceable. Even if the attorney for the child, the attorney for the parent and the judge all agree that this is an important relationship that should continue in some way, the law does not currently allow judges to make that determination. That’s a really unjust situation for everyone involved. Sometimes parents and children don’t even have a visit to say goodbye.

The Preserving Family Bonds bill passed by the New York State Senate and Assembly would change that. It would allow parents and children to seek legally enforceable continued contact even when a parent exercises their right to trial. If a parent takes the termination to trial and loses, at the dispositional hearing, the family court could consider evidence of whether there should be continued contact. Again, that contact could be as simple as updates or a card on the child’s birthday, or it could be phone calls, letters, or visits.  The court would consider whether any or all of these possibilities would be best for the child.  The judge would hear evidence about the visits the parent and the child have been having up to that point, the parent-child bond, and the relationship between the parent and the foster parent. The judge will ask, “What does the child want? What does the parent want? What is the parent capable of?” If the court decides that continued contact would be in the child’s best interest, the judge can issue an order requiring that contact.

These orders would be enforced like any other court order of visitation or contact. If there’s a problem, the parent can file a petition for enforcement. Anyone involved who qualifies for free counsel will be appointed an attorney.

Q: What can parents do to help this bill get passed?

A: The legislature passed the bill but Governor Andrew Cuomo hasn’t yet signed it. The most important thing right now – especially for parents, or for anyone who went through the foster care system – is to sign a petition or write a letter to let Governor Cuomo know why this bill is so important. If you can tell your own personal story, you can share how traumatic it is for a family to be broken up in this way, without allowing for any contact or bond.

Lawyers can talk about the law but lawmakers would rather hear from parents who have experienced it directly. If parents feel emotionally capable of calling the Governor and saying, “I was affected by this and this is how it hurt me and my child…” that can make a difference.

Q: How did the effort to pass this bill get started?

A: Parent advocates, attorneys for parents and attorneys for children started to see more and more the injustice of the situation. In my office, attorneys know many parents who go to trial on their termination case and lose even though they have deep bonds with their children. We see how hard it is for parents and children to have those bonds severed. It’s traumatic. For children, one week you’re visiting your parent once or twice a week, and then the next week, you don’t have any right to see your parents ever again as you grow up.  Parents and the children have no say at all. Contact only happens if the child’s foster or adoptive parents decide on their own to make it happen.  We heard from children’s attorneys who described older children desperately looking to reconnect with their families of origin after leaving foster care. We heard from other advocates and attorneys who described broken adoptions that left adopted children without support and searching for their biological families.

The law is unjust. Parents who sign a surrender and parents who go to trial are not different types of parents, and children with parents who surrender and those with parents who exercise their right to a trial are no different. So this difference has nothing to do with whether continued contact is in the best interest of the child. We’re treating people differently under the law for no reason. Parents were able to say, “This was really horrible for me,” and youth and adults adopted out of foster care were able to say, “This was terrible for me.”

The idea came to change the law and a coalition has been working to do that. This is the third year the bill has been pending. It can be hard to get bills passed in Albany.

Q: Is there opposition to the bill?

A: Yes. This bill is supported not only by attorneys for parents but also by attorneys who represent children. The children’s attorneys recognize the need for this bill so that children have a legal right to continued contact.

I do understand that anyone who has ever experienced family court may have legitimate concerns about having to be in family court ever again. That said, we already have these orders in surrender cases and we’ve actually seen very few petitions for enforcement—probably even fewer than there should be. There’s absolutely no evidence that parents are using these court orders as a tool of harassment or creating problems for foster or adoptive families.

In reality, many families have court orders requiring contact between children and adults. Parents get divorced, and parents who are unmarried have children together and have custody and visitation orders. Most of the time, adults who care about a child work together and follow the court’s orders in order to do what is in the child’s best interest. When they don’t, it is important for the parent and the child that those orders can be enforced by the court.

There will be times that adoptive parents will mean well, but won’t be able to make a scheduled visit because of things that are going on in their lives. If they’ve developed a good relationship with the parent by being generally consistent and respectful, it won’t be impossible for the two families to make an adjustment.  But the fact that there is an enforceable order in place says to the adoptive family that continued contact matters. Even when it’s not easy, it is something they need to make a priority. The order also gives the parent and the child the comfort of knowing that if something really goes wrong, they have the right to do something about that.

In addition to being an attorney for parents, I’m an adoptive parent, although my children were adopted privately (not through foster care). So I can say as a lawyer and a mother that this is important. My children have very open relationships with their moms and their siblings who were not adopted. It’s not always easy. Sometimes it’s hard to schedule, and sometimes it’s complicated, just like family is complicated. People in your family have problems, things get messy. My kids sometimes have to deal with serious things that a lot of other kids their age don’t. But, ultimately, it’s really, really good for my kids, and it’s good for me. I also believe their relationship should be protected by the law.  If I were to mess up and stop prioritizing my kids’ relationship with their families of origin, their moms should take me to court! That’s what would be best for my kids.

I hope this bill will start to change the culture. Foster care agencies and child welfare professionals talk a lot about the importance of maintaining family bonds, and about foster and adoptive parents working together with parents in the best interest of children. But if you adopt children out of foster care right now, you are not actually expected to maintain a relationship with children’s families of origin if you don’t want to. My hope is that once enforceable contact becomes the norm for more families, it will become an expectation from the start, and we won’t need to enforce these orders because adoptive parents will honor family bonds.

>> Read Sara’s stories about losing contact with her daughter and about reuniting with her son.

>> Contact your New York State Senators and Assembly Members in Albany to share your experience and ask for their support for this bill.