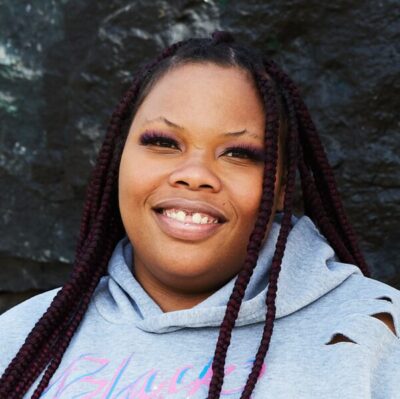 My name is Imani Worthy and I am a Parent Leader at Rise.

ACS has plans to expand its Family Enrichment Centers from three to 33. Impacted parents are not happy about this.

ACS has a reputation for treating Black families punitively. Our words have been manipulated, our parenting has been villainized, our children were taken away by this institution. Even though my investigation was over two years ago, we are still healing from the effects of that trauma today.

After becoming a part of the staff I joined two more programs, the Participatory Action Research project and Peer Support Model, where more parents gathered and  started visioning what they wanted to see in their communities without system involvement. Peer model began conducting research into all types of organizations who were restoring communities even through COVID. We wanted to create a resource guide for peer supporters to refer to whenever they needed anything before system involvement.

Many people feel that the family policing system needs to reckon with its past in harming so many Black and brown communities, instead of dancing over the obvious. Playing nice is not enough — simply saying, “A mother has a right to be upset if her child is being taken away, if she isn’t, there’s a problem.”

You have ruined so many lives. You have robbed us of so much. Every time my two year old runs around and gets hurt, I am already formulating in my mind how to explain to his doctor that he was playing and hurt himself. I am worried I will be judged by someone who does not know me or my son, but is some type of “expert” on child abuse.

There are credible messengers, Black-owned grassroot organizations, orgs such as Movement for Family Power, Justice for Families, and Rise, who are already doing the work to enrich our communities. Small grassroots organizations may not have the capacity, funds, or resources to create a quality grant letter to the government. Allowing the Family Enrichment Center grants to be handed out on a first-come, first-served basis is another example of your racist and classist tendencies.

How can you claim to support Black and brown communities and not even consider this? This is just another example of stating the obvious but really not doing anything to show for it.

We do not want your involvement in any of our affairs. Thank you.