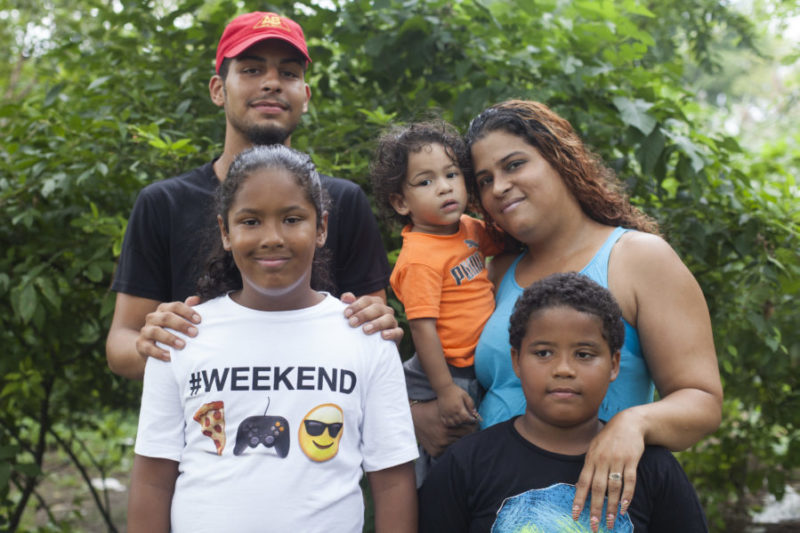 I have a friend who recently gave birth and struggles with simple things, like having enough money for Pampers or WIC lasting the month. Because I have worked as a parent advocate, I know about resources for low-income families. I told her about a program that offers Pampers monthly for free, but she denied the help. She said they might call child protective services on her.

I said, “They won’t. They just assist with Pampers.” But she was scared to go.

Not having enough money to take care of your child is stressful, and parents’ stress can affect kids. Still, I understand my friend’s fears.

Across the country, more than 3 million children are the subject of a child protective investigation every year, most in low-income communities.

In many big cities, like New York, Baltimore, Washington D.C. and Chicago, the number of children entering foster care has dropped dramatically while the number of families receiving support services has grown. But across the country, just as many families continue to be investigated as in the past. In New York City, where I live, there are nearly 55,000 investigations each year, even though only 4,000 children enter foster care.

When we are investigated, we don’t expect it to be fair. So when we hit a crisis, our fear keeps us hiding under a rock.

CAN THIS SYSTEM CHANGE?

It’s not safe for children if parents won’t ask for help, so some people are trying to change the system.

This year Congress tried to pass a bill that would increase the money the federal government pays for “preventive services” – family supports that help families deal with crises so that kids can safely stay at home. (The federal government spends six times more on kids being in foster care than it spends to help families keep them out of care!) The bill was a sign that leaders in child welfare are beginning to understand that we need better ways for parents to get help before crises escalate. But the bill did not pass.

Another change is “differential response.” That means that, when a call of suspected abuse or neglect comes into the State Central Registry, the hotline operator determines whether the allegations are at a low enough risk level that the first meeting can focus more on getting help for the family than on investigating.

Someone still visits your home. But unless your children are in imminent danger, there won’t be any report against you. And instead of being mandated to do services, you’ll be asked what you think might help your family.

When child welfare systems first started using differential response, people were afraid that children would be a lot less safe if investigators didn’t go hard on parents, and controversy continues. But in 26 studies of this approach, only one found children less safe, while a recent study of six states by the Kempe Center for the Prevention and Treatment of Child Abuse and Neglect found children as safe if not safer than investigated families. Parents were also more likely to reach out for help down the road, probably because they didn’t feel as scared and angry as parents who have been investigated.

It’s so important to change our culture of fear.

I was surprised to find out that, in New York City last year, only .2% of families who walked into a preventive service agency on their own ended up having their children removed, according to NYC’s Administration for Children’s Services (ACS). That’s only 1 out of every 500 families, or 15 families all year. Out of all families served by preventive, only 2% had their children removed. Parents need information like that. They need to know how much of a risk they’re taking in asking child welfare systems for help.

Still, NYC preventive agencies are required to report on their cases to ACS. I believe that should change because some parents won’t go to child welfare anything, no matter how good the numbers are.

I know because, despite my years working as a parent advocate, when my own family hit a crisis a few years ago, a worker had to prove to me that his help came with no connection to child welfare before I was willing to take it.

At the time, it had been over a decade since my oldest son had come home from foster care and I had never been investigated by ACS since. I had a good relationship with my children’s school, and was active on the PTA. I was also working as a parent advocate at a child welfare agency, and some part of me believed I was crazy to think child welfare would ever take my children again.

But no matter how much time passes, the experience of having outsiders judge you as a bad parent just crumbles you up.

Our situation started when we lost the lease on our apartment and became homeless. For five months we stayed with different friends and relatives. Still, as much as possible, we tried to keep up appearances of living great. No one knew what was happening except for a few friends and family.

Finally, we found an apartment. True, it was one-bedroom sublet on a block with gangs on each corner. We also didn’t have any furniture except for air mattresses and bins for clothes and toys; we lost everything in our moves. Still, I was grateful to have a place of our own.

My oldest son was in a rebellious stage. I felt afraid that people would look at our housing instability and his behavior and the judgments would start all over.

LET ME GET IT DONE MYSELF

When Mr. B, the worker, came over, he was very nice. Still, I told him we didn’t want his help. I also explained that as a parent advocate, I wouldn’t be able to find work if I had any kind of open case, even if it was just a preventive case.

But Mr. B let me know that the program he was offering me help through had nothing to do with ACS, and unless I was abusing or neglecting my kids, the child welfare system never needed to be involved. “I’m not having you sign a thing,” he told me. “It’s my name that will go on the paperwork.”

When Mr. B finally convinced me that it was safe for us to accept their help, tears rolled down my cheeks. After that, he called the landlord and requested my floors be redone. Then the program gave us $1,000 to buy beds for the kids and gift cards to assist with school uniforms and winter clothing. That was a blessing because thinking how to get the boys their coats and boots had me going crazy. I was even considering not paying rent for that month in order to keep them warm that winter.

When you get the help you need once, you’re more likely to ask the next time. We have to keep investing in families in ways that have nothing to do with investigations. To keep children safe, we need to send a message of hope within communities.