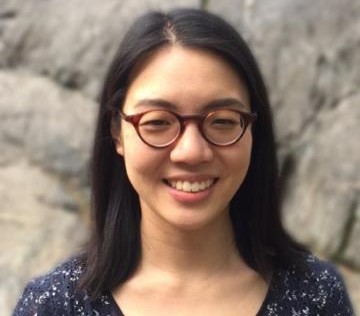 New research shows how CPS is used to “fix” families, when what is needed is societal change

Interview with Kelley Fong, Assistant Professor at Georgia Tech and author of “The Tool We Have”: Why Child Protective Services Investigates So Many Families and How Even Good Intentions Backfire”

Throughout our 2019 series Surveillance Isn’t Safety, Rise described how over-reporting, investigations and monitoring by child protective services (CPS) harm families and weaken communities impacted by systemic racism and under-investment. Struggling families face investigations by punitive child welfare agencies with the power to take their children — but not the ability to address societal inequities at the root of so many family challenges.

Here, Kelley Fong explains her research finding that often professionals make reports to CPS to “rehabilitate” families. In most cases, the children are not in danger, but mandated reporters turn to CPS to provide resources or to pressure families to behave in ways they feel are appropriate. She also discusses research about better ways to support families without coercion and threat.

Q. Please tell us about your recent research study, “The Tool We Have”?

Child welfare agencies are notoriously private, so people without personal experience with these systems don’t know a lot about them. They may read the news, see these high numbers and think parents must be torturing children. My goal was to shine a light on what the work of CPS agencies actually entails and to get a full view of the reporting and investigation process.

I spent time in the Connecticut Department of Children and Families shadowing social workers as they investigated families, had meetings and went to court. I interviewed mandated reporters — professionals such as educational, mental health and medical personnel who are legally required to report suspected maltreatment and are responsible for two-thirds of CPS reports. I also spoke with mothers who were being investigated by CPS.

Q. What did you learn about why professionals report families to CPS?

A. Mandated reporters usually don’t expect or want kids to be removed. They usually don’t think children are in grave danger. So why do they turn to an agency that is empowered to remove kids? Many reporters said it wasn’t just about the legal mandate to report. Almost all of them said they would have reported even if they were not legally mandated to do so.

They wanted to “rehabilitate” the families they report. I use the word rehabilitate because I think it encompasses the range of what mandated reporters want when they call CPS. Some were seeking assistance they didn’t know how to provide, thinking that CPS would know what resources are out there. Others feel some families need monitoring by an agency like CPS, maybe thinking, “We’re worried about the kids and want someone to check in.” A lot of this framing is heavily racialized. In Connecticut, Black and Latinx families disproportionately were deemed as needing rehabilitation from CPS.

By and large, mandated reporters are seeing families facing adversity and in need of an intervention they can’t provide, whether because they don’t have the knowledge, skills, resources or time. Sometimes, schools say they don’t know what kind of therapeutic resources are out there and so they turn to CPS. Sometimes there are constraints in their professional role. There are some mandated reporters who don’t do home visits and want CPS to send someone to enter the home who is better suited to respond to the issue.

Q. If mandated reporters had access to additional resources, would they still report parents to CPS?

A. In some cases, it could help to have an alternative that professionals could reach out to to connect families to support. Some reports could be averted in that way, but I don’t think all reports would be avoided. There is another side to what mandated reporters want, which is not just optional assistance offered to parents, but rehabilitation. They want CPS to tell parents, “This is what we think you need to do better for your children.” Or “This is not the way to behave with the school.” Or whatever the situation is. Some reporters are using CPS as a way to pressure families to behave in certain ways and regulate families.

Q. As you mentioned, sometimes schools call or threaten to call CPS to scare parents into doing something, like attending therapy or putting the child on medicine. What does your research show about this?

A. One of the draws of CPS for a lot of mandated reporters, like those in schools, is its coercive authority. In theory, schools could make referrals to social services, but what they often appreciate about CPS is the implicit threat of child removal. So from the school’s perspective, parents will take the recommendations more seriously. When they believe there are things parents need to do for their children that they are not doing, CPS becomes the tool they use to get parents to behave in ways they feel are appropriate.

Q. How does the threat of child welfare involvement prevent families from getting support?

A. The agencies and organizations that we rely on to assist families employ mandated reporters. Because ideas of neglect overlap with material hardship, there’s a justified fear among parents that being open about struggles will lead to a CPS report. In my research, I heard from parents that these fears prevent them from getting support they need and want for their families.

One parent was reported when she tested positive for marijuana during her pregnancy. When she found out, she felt set up by the prenatal clinic, which hadn’t told her that this could lead to a CPS report. Her baby remained with her, but she said she would think twice about opening up to the prenatal clinic again. She worried she was experiencing postpartum depression but also worried that if she shared what was going on, they might accuse her of not being able to take care of her child. We can see how this keeps parents from accessing support.

A. Racism operates on a number of levels. We often focus on individual discrimination. A mandated reporter might make a different decision for a Black family than for a similarly situated white family based on racial biases.

We also see racism operating in systems. When we think about which schools have policies to call CPS after a certain number of absences versus calling and checking in with families about absences, or which organizations think about alternatives to CPS rather than immediately reaching for the phone to call the hotline, these patterns are not race neutral.

At a broader level, our approach to children experiencing adversity focuses on parents’ behavior and wrongdoing as opposed to the lack of equitable support for families. That approach is steeped in racism, as is the intergenerational aspect of it. Oftentimes, white and Black families just aren’t similarly situated due to our long history of racism. Black families are more likely to be living in unstable housing and high-poverty neighborhoods with fewer resources. Black parents are more likely to have had child welfare involvement themselves, which raises a red flag for agencies that might be evaluating parents’ risk based on their history. So even if systems were to treat “like with like,” they operate in a context of racism and reproduce racial inequities.

Moms of color who I spoke to were highly attuned to the racial dynamics of the situations that led them to be reported. They encountered predominantly white systems that they felt saw them as stereotypes and were eager to bring in CPS rather than to listen to their stories. Sometimes reports used racialized language that called parents angry or difficult to engage.

Q. What was your goal in doing this research?

A. At the start, my goal was to create more awareness about what actually happens in reports and investigations and how parents experience them. After learning about the challenges with relying on CPS, I hope this research will bolster and energize support for families outside of child protective agencies. We rely on CPS to respond to adversity parents experience, but CPS often does not have the right tools for what parents are facing. Overall, it is not an individual problem of callous caseworkers and administrators. It is really a structural problem for two reasons.

First, CPS is focused on child maltreatment — things parents are doing or not doing that create a harmful environment for children. Mandated reporters call CPS for support but because CPS focuses on child maltreatment, the only services CPS has access to are therapeutic — domestic violence counseling, substance abuse treatment, parenting services. Often investigators recognize that parents have other needs — housing, childcare, transportation, but that is beyond what CPS can do.

The other problem with relying on CPS for support is that they have the power to remove kids, and even if they don’t use it in most cases, that power is always there. It threatens parenthood no matter how well CPS treats parents. So, it’s not just about training investigators to treat parents better, but really addressing structural dynamics.

Q. You may need support, but as a parent, you’re afraid of CPS. They can give you resources but also use information against you. Getting help can create a massive problem. What did you learn about the problems with turning to CPS to support families?

A: Sometimes, CPS can help with material needs. They give families bus passes or solicit a stroller or bed donation. I don’t want to discount that because families often appreciated these resources, but in terms of actually addressing the root of the challenges, it is just a band-aid.

To your point, what does it mean to provide these supports through an agency that’s organized around surveillance and has the power to separate families? Why is it that the best way to get the diapers your family needs is to reach out to an agency that can take your child away?

That’s part of the cycle I write about. Mandated reporters hear about these resources and think CPS will help. CPS may help. But it comes with a lot of costs. For parents, it’s terrifying and fosters disengagement.

If a parent would like help with one thing and invites CPS in, that is not the only thing they will look at. They might start looking into something completely different, so parents might end up regretting reaching out. They may share the experience with other parents in their community. That contributes to the fear of seeking help from an agency like CPS.

Even when cases are closed, records stay in the system and contribute to a narrative of parents as risks to their children. In risk assessment tools used by child welfare agencies across the country, for instance, prior reports increase parents’ “risk scores.”This narrative obscures real risks like poverty and systemic racism and social services that are not aligned with family needs. CPS focuses on parents as risks and isn’t able to address that broader context.

Q: What does research tell us about better ways to support families without coercion and threat?

A. We know from research that preventing child maltreatment involves providing families the resources they need to care for their children. There’s research on the impact of the Earned Income Tax Credit, childcare subsidies, housing and other supports that aren’t about fixing parents behavior. These approaches to supporting families are really effective without creating fear and distrust.

Beyond providing benefits and resources to individual parents, we need to invest in impacted communities by providing resources for schools, parks, public transit and after-school programs. These investments aren’t typically considered child maltreatment prevention services but need to be central in our thinking about how to support families.