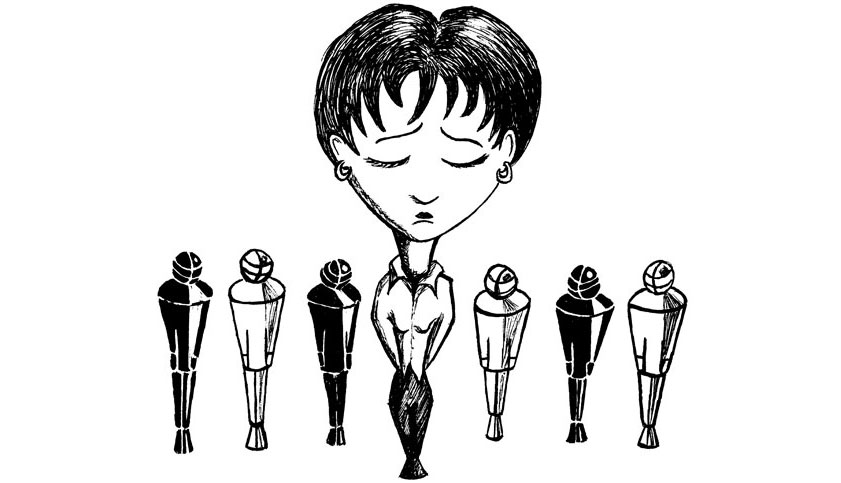 When parents go to court, they often feel that their voices are not heard. They’re afraid of the power that the court has over them. They 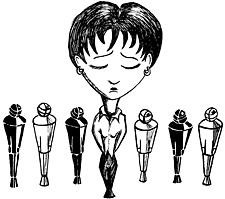 have to put all their trust in their lawyer, a person they may be meeting for the first time. They feel stripped of their whole identity—other than the stigma that goes along with having a child welfare case and the stigma that comes with being poor, a minority, lacking an education, having an addiction, or having a mental illness.

Finding a way to come across in court as human when you’re being accused of an inhuman act is hard. We interviewed Matt Fraidin, associate professor at the University of the District of Columbia’s David A. Clarke School of Law, and Emma Ketterinham, managing attorney of the Family Law Practice at Bronx Defenders, about what parents can do so that lawyers, judges and agencies see them as human beings and not as the typical stereotypes of child-welfare affected parents.

Q: How do stereotypes affect parents even with their own lawyers?

Fraidin: Research shows that the public views parents involved in the child welfare system as beasts, monsters and savages, because that’s how the media portrays them. Because lawyers are human, many of us start our careers just as affected by those stereotypes. Then, because we handle so many cases, we often don’t take enough time to get to know parents as individuals, and we protect ourselves from all the difficult emotions in child welfare cases by shutting down and reverting to stereotypes. But when lawyers see their clients as just another stereotype, they don’t fight for their clients as hard as they should.

In those situations, parents may also not feel comfortable disclosing everything about themselves and their case to their lawyers. But the more you tell your lawyer, the better he or she understands the very rich, very complicated story of who you are.

If, for instance, your lawyer understands what you suffered in your childhood that might have led to a drug addiction and the steps you have taken to care for your child despite your addiction, then your lawyer can start to connect to you as a human being and take you seriously.

Sometimes parents themselves are so deeply fearful that their downturns prove they’re worthless people that it’s hard for them to know what to tell their lawyers. Figuring out how to talk about yourself is part of the work parents can do to help their lawyer get past the stick figure and the allegations in the petition.

Q: How should you and your lawyer present your story in court so that the judge and the agency see you as a human being?

Ketteringham: It’s important to really think through with your lawyer what you say in court because unfortunately people in the courtroom are making judgments based on their own prejudices and misconceptions. Saying “I was feeling kind of down the other day” can turn into “She’s too depressed to care for her child.” “I was overwhelmed when my baby was born” can turn into “She needs a mental health evaluation.”

At the same time, every court appearance is an opportunity to show the court the bond you have with your children and that you’re a human being.

I am representing a young mother who was hospitalized for mental health issues. It was the first time in her life she had been hospitalized and she had raised her son on her own for the past ten years without child welfare involvement. Even though my client had never hurt or threatened to hurt her son, I knew the misconceptions about mental illness meant that everyone in the courtroom believed she was unable to properly care for her child.

My goal was to show the kind of mother my client is. So I said, “My client requests a tutor for her son because the state tests are coming up,” and, “My client’s son needs his hair shaped and my client would like to provide the foster care agency with the name of the place where he likes to have this done.”

Those are things that show that my client is a caring mother who knows her son better than anyone else. They can make a big difference.

Q: When should lawyers help you fight and when should they help you compromise?

Fraidin: A lot of lawyers don’t want to fight because their caseloads are so high, or because they assume they’ll lose and that will be worse. I actually think it can be effective for a lawyer to push back. Then judges and social workers get the message that they can’t walk all over you.

But judges are also looking for parents to show that they accept responsibility for whatever has happened in the past. That can be an important reason to compromise.

Ketteringham: It can be agonizing decision, because there are times when your children will come home sooner if you submit and don’t fight. What is crucial is that you have a lawyer who listens to you, who helps you understand the consequences of your decision, and who is willing to fight hard if that’s what you decide to do.

Fraidin: What we tend to do too often as lawyers is assume we know what is best for our clients. But the clients are the ones who end up living with the outcomes.