Tanya McLeod knows what it’s like to be the victim of false and malicious child abuse reports. Soon after her husband went to jail for 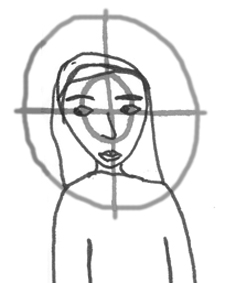 Today Tanya is the Senior Campaign Organizer for Voices of Women Organizing Project (VOW), a grassroots advocacy organization of survivors of domestic violence in New York City working to improve domestic violence public policy, its implementation and the services battered women and their children rely on for safety and justice. Last year, VOW began working with NYC Children’s Services (ACS), the city’s child welfare agency, to train its workers to understand that batterers sometimes make false reports as a way to punish their victims for leaving, or use the threat of a child welfare investigation as a way to control them.

Here Tanya describes her own experience and VOW’s efforts to discourage false reports:

My ex-husband had threatened to kill me and take our 2-year-old son out of the country. He had murdered our dog in order to hurt and control us. Having him arrested had given me a moment to take a deep breath. But even from jail, he tried to control us. He had told me, “I’m going to make you pay if you don’t drop the charges.” Soon after he was arrested, child protective services showed up at my door.

The investigation made me feel violated, terrified and angry all over again. My children were affected as well. Their father’s abuse had already traumatized them. Then, every time someone knocked on the door, they feared that I was about to be pulled from them.

Luckily, more than 10 years ago I became a member of VOW. I heard from other women who had been in the same situation—their batterer manipulated the child welfare system to punish them.

‘Nothing We Can Do’

When VOW first started to try to get the child welfare system to address the problem of false and malicious reports back in 2007, we felt like we were beating our heads against the wall. We met with ACS and they told us, “It’s our job to protect children. It’s not our job to go on a witch hunt for one or two false reports.”

We said, “We want to protect children, too. But your work is being misused. Your funds are being misused. And the cycle of abuse continues.” We told them about a mom who had had 54 calls made against her, even though investigators never found that she was abusing or neglecting her children. After each 60-day investigation was over, she had a new case opened and there was nothing she could do about it.

ACS told us that we needed to go to Albany if we wanted to change how the child welfare system handled these kinds of calls. So we went to the state Office of Children and Family Services.

They allowed us to visit the center where calls come into the State Central Registry. It was a huge warehouse in an out-of-the-way place. There were rows and rows of cubicles and a sophisticated phone system.

But with all that sophistication, there was no recording or tracking of calls. We told them about the parents we knew who were investigated unnecessarily. We talked about the need to track calls in order to find out where false and malicious reports were coming from. But OCFS said they were not allowed to track calls because they were required to protect callers who wished to remain anonymous. “It’s the law,” they said, “not us.”

Among the stories we collected is the story of Ms. A, an immigrant who had a daughter with an American citizen. After she fled with their 2-month-old daughter, he threatened to report her to immigration and called in a false report of child abuse alleging she was mentally ill and was harming the baby. Afraid her batterer would win in court, she gave custody to him and is now fighting for overnight visits with their 3 ½-year-old daughter.

We documented the story of Ms. Z, who has been investigated by ACS more than 50 times. Her batterer has continuously called in false reports of child abuse over 15 years. He alleges her 8-year-old daughter is not in school, and is homeless with no food or clothing. Ms. Z contacted the Brooklyn district attorney’s office to press charges against him and was told only ACS could bring charges. To date, he has not been held accountable for these false reports.

There’s the story of Ms. R, who had two children with her boyfriend. After she refused to reunite with him, he called in a false report saying she molested her 7-year-old daughter and 6-year-old son. ACS removed the children and immediately gave them to the father. Even after the report was unfounded, she was unable to get her children back. After four years she is still fighting for them.

These are just a few of the stories we collected.

Over the years, ACS has gone through big changes. In 2011, we met with the agency again. This time they were far more open to hearing our concerns, and for the past year, we have worked with them to train workers about false and malicious reports. In our trainings, survivors of domestic violence perform a skit that reenacts a 60-day child welfare investigation of a false report by a batterer and demonstrates best and worse practices. We also have young people who have been affected by investigations of false and malicious reports talk about the impact on them.

We explain: “Sometimes women will say, ‘Look, I know who did this. It was my ex-husband, or his girlfriend.’” But other times, women are afraid to even speak up about who might be reporting them. We tell workers to ask certain questions, like: “Are you in court fighting for custody, visitation, or divorce? Have you recently sought an order of protection?” Those may be red flags.

We explain: “Especially if the victim is in a shelter, the batterer feels like he has no more control. Now the batterer is drowning, he’s reaching for anything. That’s when the children can become pawns and child welfare can become a weapon in his arsenal.”

We also hear that workers feel discouraged by having to investigate false and malicious reports. I have workers call me and say, “You have a campaign about this. What am I supposed to do?”

Even though the training is a big step forward, the underlying problem hasn’t changed, because no one is holding people who make false and malicious reports accountable.

We believe there are things the city and state can do to change this situation while still protecting callers who have real concerns about a child’s safety. We’d like the State Central Registry to keep callers’ identities confidential, not anonymous. That way, State Central Registry could track who is calling to assess patterns. If the same person is calling five or six times and the story is getting worse and worse, but each time the investigator goes to the home it appears that nothing is wrong, they might begin an investigation into who is making these calls and why. We don’t think that kind of policy would discourage the neighbor or the teacher or the family member from making good-faith calls to protect a child.

There is a policy on the books that says that if ACS believes someone has made a false and malicious report, the agency is supposed to report that to the district attorney and open an investigation. We are simply asking that New York set up a system that would allow them to follow that protocol.

If you have been the victim of a false and malicious report of child abuse, please contact the Voices of Women Organizing Project through its website atwww.vowbwrc.org or at 212-696-1481.