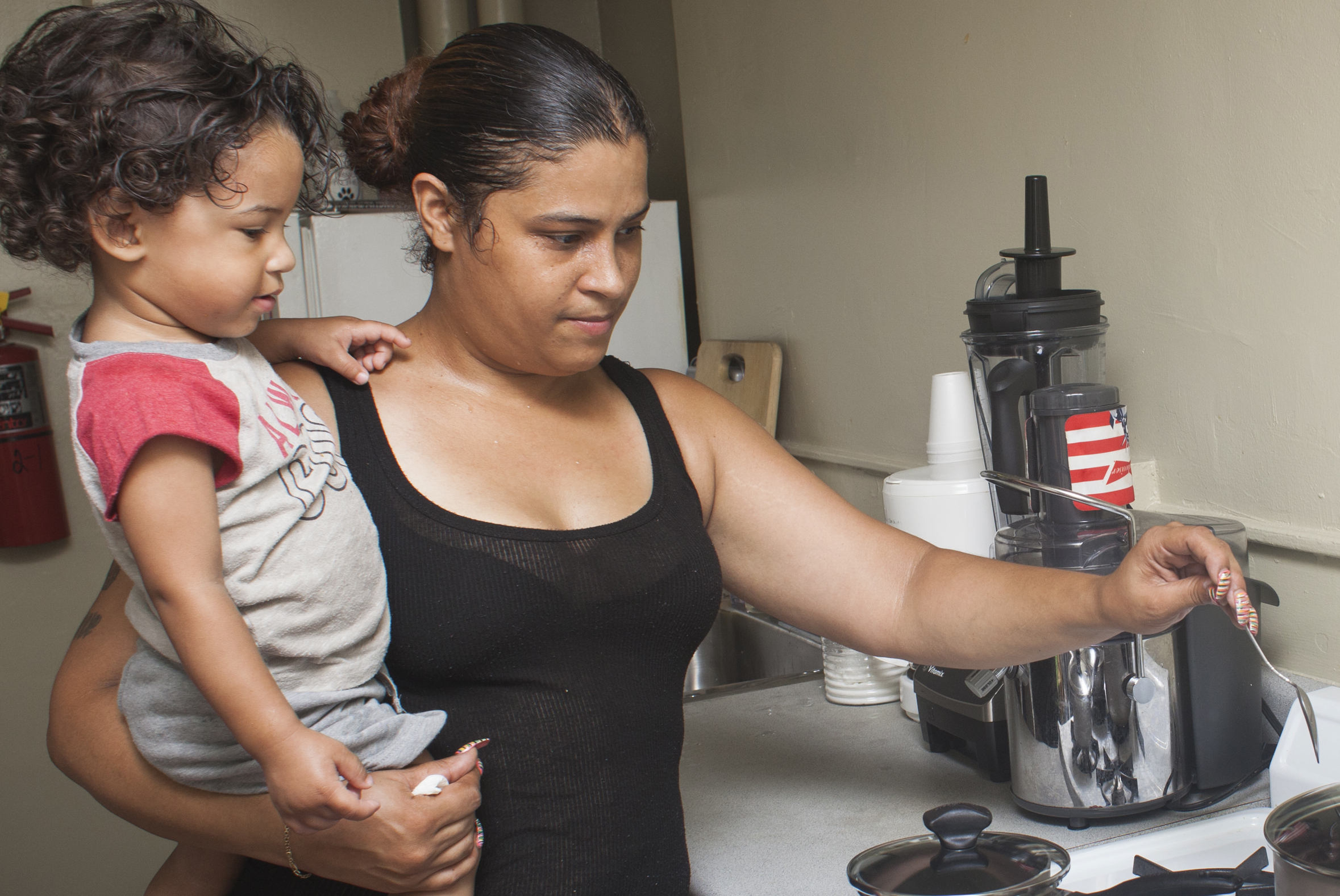 When my son Remi was 2, he was taken from me for three years. I felt so much hate and fear.

Over time, my husband and I got more financially secure. When we saw Remi thriving, we decided to have more children. Life felt good.

But in 2008, I felt that fear again when we lost our housing.

It started when I was 28 and went on welfare because I had a high-risk pregnancy with my third son. I stayed on welfare to be my son’s mother and care for him when he was diagnosed with severe asthma. I had my husband’s support and I earned $300 every two weeks working part-time as a parent advocate.

Still, by the end of the month, I was always borrowing for MetroCards and I didn’t have enough money for all my bills.

So when my third son was 3, I went back to work full-time, earning $1200 every two weeks as a parent advocate at a foster care agency. It felt empowering to touch people’s lives and help families reunite.

But after six months, when the food stamps stopped completely because of my new income, I found myself in worse financial shape than when I was on public assistance.

A few months later came the devastating news—I owed $10,000 in back rent.

Before, welfare had paid $900 of my rent while I paid $250. I didn’t receive notice that my rent subsidy had stopped until after 10 months on the job when the landlord sent me an eviction notice. We had three months to find a new place.

Everywhere we looked was a dead end. It felt crazy to again not know how to keep my family together and provide my boys with security and safety even though my husband and I both worked full-time and we’d come so far as a family.

Then, three days before our eviction date, a friend said he had an empty basement apartment across from the boys’ school and he’d only charge us $600 a month.

The place was filled with old furniture and car parts. But my husband cleaned it up. I felt like a child on Christmas when I saw it clean.

For a little over a year, that apartment helped us give our children the life we want for them: basketball and football in the backyard; no worries about safety.

During the summer, the pool was filled and we would barbeque. To me, a big family means love and security. So when we were living there, I got pregnant again.

We looked and looked but only found a one-bedroom sublet for $1400 a month—more than double what we’d been paying. A few months after moving in, we discovered that the woman subletting to us had robbed us and never paid the rent. Once again, we had to go.

I was eight months pregnant. All the efforts to keep or find a home led me to lose my job.

For the next five months, we were homeless, staying with friends and family. At times, there wasn’t room for all of us, and my children’s father would sleep in his truck.

Twice, we went into the shelter. But when roaches crawled out of the refrigerator, we went back to depending on friends and family. In 2016, we paid a realtor $1250 for a one-bedroom for me, my husband and our four boys. I was just grateful to have a place of our own.

I want people to know that in this country, even when you’re working, you can go through so much just trying to keep your children in a home.

If we want parents to work and children to thrive, we need to do a better job assisting families who are trying to make it keep their homes and families together.