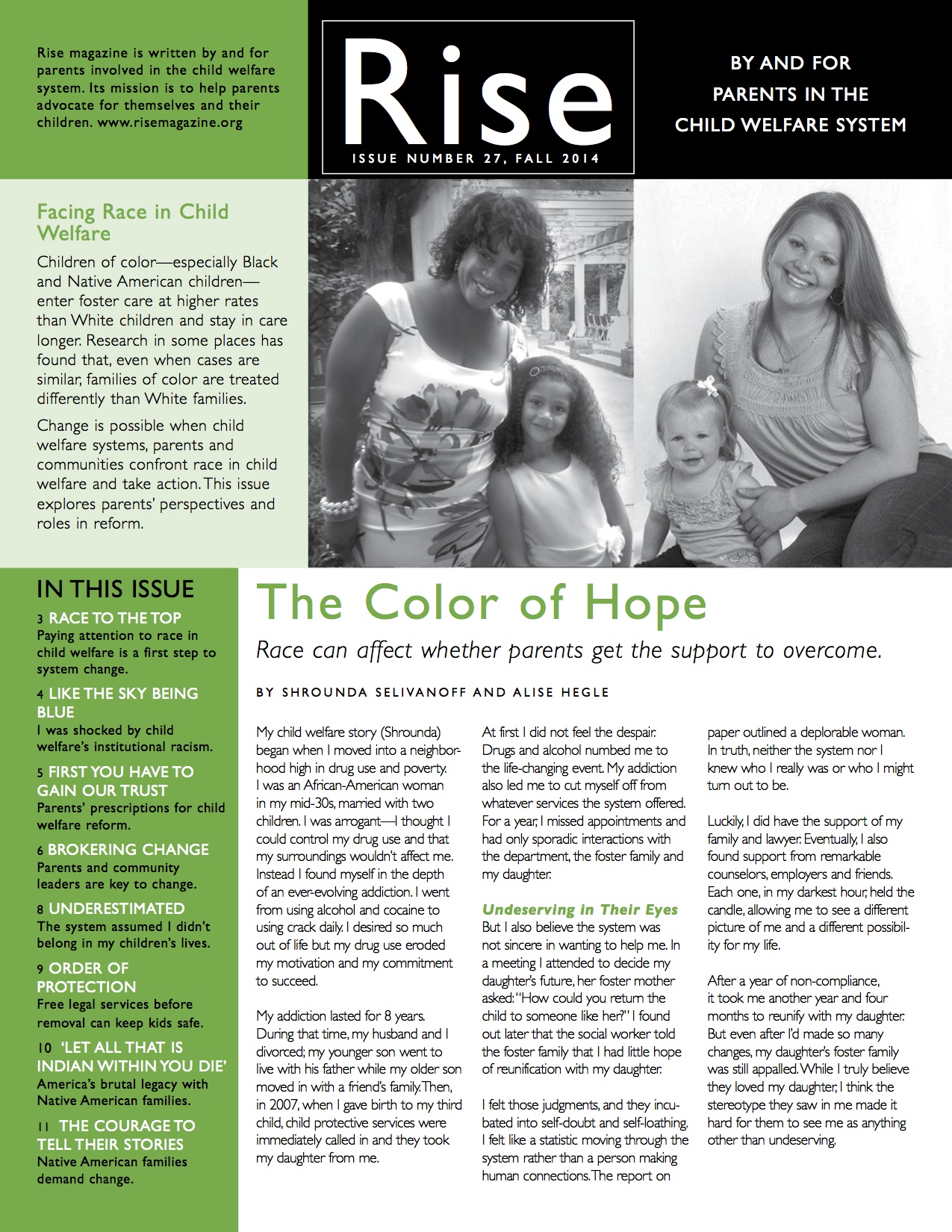 Children of color—especially Black and Native American children—enter foster care at higher rates than White children and stay in care longer. Research in some places has found that, even when cases are similar, families of color are treated differently than White families.