A year ago, New York City Children’s Services (ACS) asked my husband and me to come to their office with our children. At that point, my 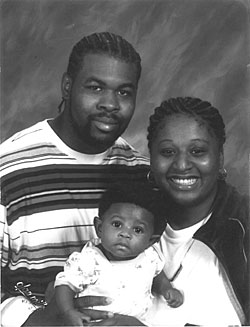 family already had been through a 60-day investigation. Now we had to attend a Child Safety Conference.

The goal of these conferences is to reach an agreement about a plan that protects your children, whether that means that your children enter foster care, stay with kin, or stay at home while you get family services. ACS staff and the family attend the meeting. I’ve found out since then that families can also bring friends, relatives or other supporters, and that trained Community Representatives attend some meetings to give parents support.

Unfortunately, I didn’t ask anyone to come to the meeting because I didn’t understand that we could, and we don’t live in a neighborhood where there are trained Community Reps.

Off My Meds, Out of Character

Our family had come to ACS’ attention because I have borderline personality disorder and had stopped taking my medicine. Because of my behavior, my husband called my therapist. When she couldn’t get me to comply with treatment, she called ACS.

When ACS came to my door, I could not understand the charges against me. Although my behavior was far from normal because I was off my medication—I had frequent angry outbursts at home, had kicked a hole in a door and locked my husband out of the house, and had made a domestic incident report when my husband damaged my cell phone—I had never taken out my anger on my kids. I felt that I provided my kids with the best care possible. They had a roof over their heads, food, clothes, diapers and toys, and I kept them up to date with appointments and services.

The surprising charge was domestic violence. It was written in bold letters on the domestic incident report that, when I’d called the police, no criminal charges were filed, no one was hurt, and the kids were playing safely in the living room. But I should never have been revengeful and called the police to file a report on my husband for breaking my cellphone in the heat of an argument. He had apologized and offered to buy me another one and he is a man of his word, yet I wanted payback and called the police without thinking of the consequences of my actions.

Before the meeting, the ACS worker told me that one possible outcome was that ACS would remove my children on the spot, but I thought removal was very unlikely. My husband and I had so much support and services already in place. ACS had been providing us with a homemaker eight hours a day ever since my first child, Emma, was 2 months old, so that I could continue my mental health services and have extra support when my husband was away at work.

We had also been getting early intervention services for both children because my oldest was diagnosed with autism and my youngest with special needs. For several years, I had been attending treatment and had supportive case management. Although I’d been off my meds, I’d been taking them again for a month at the time of the meeting.

My husband is mentally stable. Neither one of us has a criminal or substance abuse background. I just had had a mental relapse and it had taken me a while to get stabilized again.

That day, when I left my kids in the ACS playroom, I felt relaxed and calm. But when the conference started, I felt like the workers already had their minds made up to remove our children. Even though my husband and I had never harmed our children, they said they saw my behavior as a risk factor that warranted removal.

The workers talked to me slow and steady as if I were retarded and could not comprehend the words coming out their mouths. After they spoke about their concerns, they did not talk about additional in-home services that would keep the kids safe at home. They started by talking about kinship placement options.

For a child to be placed in kinship care, the family member has to have a whole background check and come out super-clean—no criminal history, mental health issues, drugs, or past ACS cases. Michael and I both grew up in foster care, so our options were limited. I didn’t have any reliable family that would be cleared, but the kids’ godparents or Michael’s father and aunt seemed like possible placements. Unfortunately, ACS felt that none of those people had enough space for the children, so on that little concern, they skipped over our options until there was no option left but placing the children with strangers.

As the meeting went on, I started to feel upset. I felt that the ACS workers were overlooking supports that we already had in place and all the good things that Michael and I had accomplished as parents. It was hard for me to even think during the meeting. I became emotionally withdrawn because I was trying to keep from getting upset. I wish I had someone to help me think and speak about my situation.

Looking back, I agree to some extent that if I had kept up flying into a rage at my husband, the kids could have been at risk. But in that case, why didn’t they place me into a hospital or require me to move out and leave the kids with their father? My husband works full-time and needed childcare, but they could’ve provided childcare. Why wasn’t that good enough? Our children could’ve stayed safe without having to live with strangers.

The workers also talked about the possibility of returning the kids home if we could get longer hours with homemaking. Since the conference was on a Friday, it wouldn’t have been possible to get them started right away. But why didn’t they let our kids stay with family just for the weekend—even if it was in a one-bedroom—until the homemaking was settled into place?

Before the meeting was over, the workers grabbed our kids right up from under us. We came out of the conference to find that our children were gone. I did not even get to kiss my babies goodbye. I felt like these people had just kidnapped my children but I don’t know if the workers understood how I felt. I didn’t react with any emotion. I was numb.

Our kids were in foster care a little over a week. When my husband was home, the hours seemed like months, and when he was at work, they passed like years. I felt so depressed and lost.

The visits were dreadful. I had to be watched as if I would hurt my children, and it was painful witnessing them cry and have fits when it was time to leave. Supervised visits and short visiting hours felt like an extreme punishment.

Finally, in court, the truth came out from my therapist and our homemaker. They both made statements that I was never a threat to my children. It’s a good thing I had a lawyer who took the time to speak with them. Based on their statements, the judge ruled that our children would be safe at home with increased homemaking services.

My husband also agreed to spend nights with his father for a while so he and I would not be home at the same time. (He took care of the kids during the day while I was at treatment.) I felt so lucky that the judge gave us a second chance.

In the past year, I’ve had the strength and courage to take my mental illness more seriously and to remain compliant with treatment. It helped that I changed from once a week treatment to daily treatment. The marriage and family therapy and the parenting classes that my husband and I got through ACS were all helpful.

I feel thankful for the knowledge I obtained from attending services and for all of the help I received. Although it was stressful to have people in our home all day, I admit that having a 12-hour daily homemaker gave us a lot of needed help with our two children. I am especially grateful to my in-laws and family friends who gave their support, and most of all I appreciate my husband’s love. Despite all the drama, hurt and pain I caused him when I was off my medication, he is still by my side, helping me raise our kids in stable and peaceful household.

But I only wish that my family could’ve gotten all of this help without a scary and stressful temporary separation. Why didn’t the ACS workers take it seriously that my therapist and homemaker believed the children were safe at home? Why didn’t they invite them to the conference? Why didn’t they think about how terrifying it would be to our children to be removed from home? Why were tax dollars wasted placing my children in foster care when they could’ve been with family? I thought removal was supposed to be the last resort.

It’s been hard dealing with our children’s fears that Mommy and Daddy might disappear. For months, I saw that when Daddy and I stepped out of the house, our daughter Michel acted out in anger while Emma got sad. We didn’t willingly abandon our little girls, but that’s how our kids perceived it. It hurts me to see that they’re afraid that we will up and leave again.

Looking back, I think the workers may not have understood mental illness well enough. They labeled our problem a “family crisis,” not a “mental breakdown” and called my tantrums with my husband “domestic violence.” It felt like the workers had set but wrong ideas about our problems, and that ACS came in at my family’s lowest moment and assumed that we’d always been this way.

If the workers had seen our strengths—and if I’d had someone knowledgeable like my lawyer or therapist by my side during the conference—maybe we could’ve strengthened our family without separation.