Trauma is an experience that makes you feel that your life—or a loved one’s life—is in danger and overwhelms your ability to cope. In recent years, child welfare systems around the country have been focusing 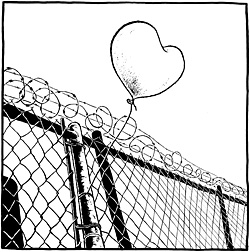 on the role trauma plays in child welfare, and systems have begun to recognize how deeply trauma impacts not only children in foster care, but also parents.

Here Erika Tullberg, associate director of the NYU Center on Coordinated Trauma Services in Child Welfare and Mental Health; Larry Small, deputy director, of the division of clinical practice and development in the Illinois Department of Children and Family Services; and Cheryl Smithgall, acting executive director of Chapin Hall describe how childhood trauma affects parents—and how child welfare could respond better to the impact of trauma.

Q: How does trauma impact parents who come to the attention of the child welfare system?

Smithgall: Parents involved in the child welfare system are more likely to have experienced trauma in their own childhoods than other parents. When the Illinois Department of Children and Family Services began doing trauma assessments, the experiences parents described included witnessing domestic violence or a parent’s drug use, experiencing sexual and physical abuse, parents who either left or died, as well as a lot of community violence. Many parents also talked about how the adults in their lives hadn’t protected them.

As parents got older, those traumatic experiences often followed them. In describing their adolescence, many parents described a lot of drinking and drug use, violent incidents with gangs, discipline problems and dropping out of school. As adults, they had problems with substance abuse, housing instability, domestic violence, and mental health.

Research shows us how deeply trauma affects people’s bodies and brains, which can lead to these kinds of problems. That’s because trauma causes people to have intense responses even to ordinary stress. Trauma also leads people to try to escape their feelings in ways that can be destructive. Lastly, trauma hurts people’s trust and that can make it hard for them to get help.

Q: Why is it important for caseworkers to better understand parents’ trauma?

That feeling of being victimized again can be paralyzing. A parent might fall into a deep depression and be unable to move forward or even show up for visits. If caseworkers don’t understand that depression, they might think the parent just doesn’t care.

People who have experienced trauma also often respond to stress with a lot of anger. If a caseworker just sees an angry parent—as opposed to a parent who is being triggered and needs support—the worker may respond punitively.

Smithgall: Caseworkers have told us that working alongside a mental health professional who helped them fully hear a parent’s story shifted their perspective away from just seeing the parent as the alleged perpetrator to someone they wanted to succeed.

We also know what happens when caseworkers don’t understand trauma. In Illinois, we saw that many parents who experienced childhood trauma were very reluctant to engage in services. After reunification, those same parents were more likely to have their children return to care. Of parents who’d had four or more different types of childhood traumas, 30% had their children return to care as opposed to 7% of other parents. Clearly, those parents didn’t get the help they needed.

Q: What do you want to see change in how child welfare systems support parents affected by trauma?

Tullberg: The first step is to understand parents’ reactions. The National Child Traumatic Stress Network developed a series of fact sheets about the impact trauma has on parents. It doesn’t magically transform things when workers understand trauma. But it can help them give parents appropriate services and support.

Larry: In 2005, the Illinois Department of Children and Family Services made trauma assessment a central part of how it engages parents. In the first 45 days of a case, a caseworker and mental health professional work together to understand the parent’s trauma history. Our hope is that the process builds trust and helps caseworkers think more carefully about parents’ needs.

The first mother we ever assessed had a long history of childhood maltreatment, drug abuse, homelessness and prostitution. She’d already had nine children and lost most of them. But when she finally began to talk about her experiences, she was able to stop using drugs and get her youngest child back. The trauma assessment itself helped her and her caseworker build a trusting
relationship.

It’s not just child welfare workers who need to be trained about trauma, though. So do people in the courts. Parents need to feel that they will be understood and supported if they reveal their childhood traumas, not judged or punished.

We are also trying to increase the number of trauma-informed service providers that work with parents. Many times, caseworkers and the courts just send parents to a standard list of programs—parenting classes, anger management. But too often those services don’t help parents with their own trauma or their children’s trauma, and sometimes they even re-traumatize parents.

Smithgall: Better trauma-informed services are critical to improving the system. Without them, it’s a little too easy to blame parents for not complying, when part of the question is whether we’re referring them to services that are actually responsive to their needs.