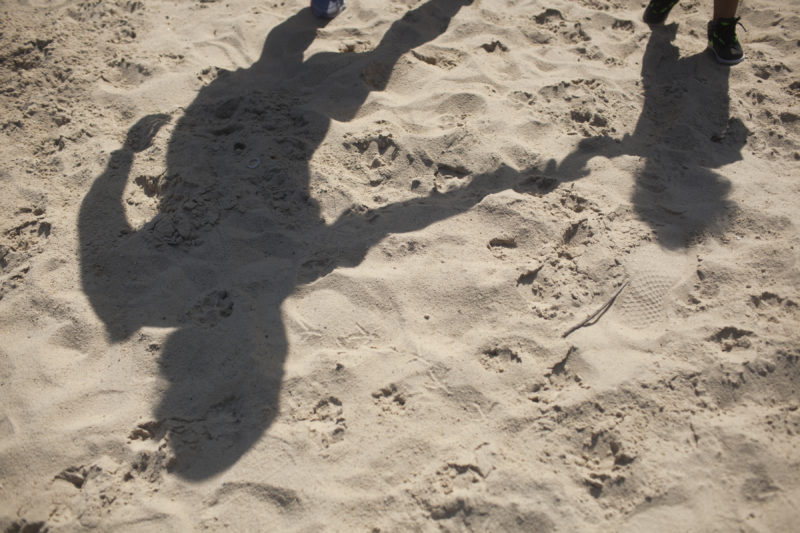 I froze. My head was pounding and I felt like that should have been my last day working in child welfare. I just wanted to go home and lock myself in my room.

I was in Bronx Family Court, being yelled at because a parent on my caseload had missed a visit, even though up until that point, she had always made all her visits.

“What happened? Why didn’t this visit happen?” the judge asked, over and over again.

Because of a miscommunication, my client had misunderstood the day of the visit. In truth, I believe the foster parent wanted the mistake to happen because she wanted to adopt the child.

She wanted to paint a picture in which the worker was incompetent, the birth parent was uninterested and incapable, and she was the best resource for the child.

The judge, on the other hand, seemed like she didn’t remember anything about the details of the case. She seemed overwhelmed, like a traveler wandering in the desert, with no compass or landmarks, too easily influenced by the foster parent’s words to tell her which way to go.

I felt angry that the foster parent had set this parent up for failure. I was too intimidated to be angry that she had set me up to fail as well.

My client was in her mid-30s, and had some cognitive delays, with an educational level of about 7th grade. She didn’t express herself well, her clothes were old, and her hair was never done.

Her first two children had come into care because of her misuse of substances, and because she allegedly sold the children’s food stamps in exchange for drugs. Her third came into care at birth. The case had already been in care for two years prior to my taking over.

But in the year that I’d been on the case, I’d seen a very different mother.

By the time I got the case, she’d separated herself from her children’s father and completed outpatient drug treatment. Eventually, she became an active mentor in a support group for parents with child welfare cases.

She also showed that she knew her son and how to make him happy.

Because the case had originated in the Bronx, it was being heard in the Bronx. But since the mother and foster mother lived in another state, I didn’t regularly supervise visits. But in the three visits I did supervise, my client had activities ready for her son and even requested certain toys from other visiting rooms that she knew he liked.

She challenged him just enough for his level and was patient with him when he was resistant. The child was also very well-spoken for a 3-year-old, and that was one thing they did consistently—talk.

But the foster parent, who usually supervised visits, had a completely different take on the interactions.

Some of the tales she told were: The child comes back hungry. Mom shows up 40 minutes late. Mom does not try to communicate with me about her son. The tales were too many for me to decipher truth from dishonesty. Still, her motives were something I questioned.

The foster mom had had the child since birth, and he clearly had an attachment to her as well. But I was concerned. The goal was reunification, but the foster mother behaved as if, and in some cases told other people, that it was adoption.

It was a relief to me that my agency was also skeptical of the foster mother’s reports.

But while the judge never threatened to change the goal to termination of parental rights, she also didn’t take steps toward reunification.

Instead, she would often simply act frustrated by the discrepancies between what we said and what the foster mother said, calling for one adjournment after another over a period of about six months.

What made it worse was that, although in private, my client could verbalize what she wanted for herself and her son, in court she was easily intimidated, which made her seem confused and unsure. I literally had to kick her foot under the table to get her to speak up. All this made it easier for what the foster mother said about her to seem true.

Ultimately, my agency did a smart thing and hired an outside social worker to do an independent evaluation of her during an unsupervised visit with her son.

In a six-page glowing report to the court, the social worker echoed everything that I saw in the mother from how prepared she was for visits to how she engaged the child.

Then, a few months later, just as I was about to step into the courtroom for another parent, I received a phone call from the worker in the state that the biological and foster mothers lived in.

She was calling from the foster parent’s living room on a surprise visit to let me know that she had received an anonymous tip that the foster parent was using drugs. Should she drug test her?

After the hearing was over, I called back and learned that the foster parent had tested positive for drugs.

“Mr. Edwards, are you there? Hello? Do you want us to remove the child from the home?”

For a moment, I was too stunned to speak. Her drug use was a total surprise to everyone. Then I called my director, and she agreed that we should move the child.

Soon after, the child was moved to a new foster home here in New York. Ultimately, the agency, the new foster parent, the child’s law guardian and the judge all agreed that reunification was a good idea. Final discharge occurred this July.

My client was a woman with a past history of drug use, with cognitive disabilities and very little education, and few resources. In the face of all of this, her determination to be a great parent to her son never wavered.

Still, her chance to raise her son was put in jeopardy by a foster parent who was willing to lie in order to keep the child in her custody.

In cases like these, the contract agencies, the attorneys and the judge need to be aware of the influence foster parents can have in swaying a case in their favor. It’s our job to remain, as best we can, objective.