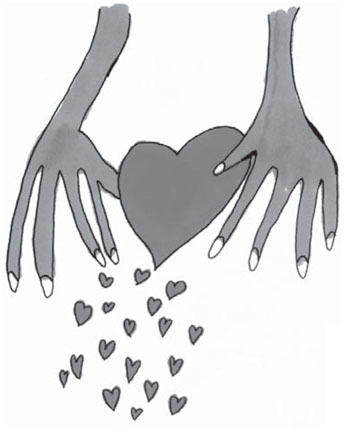 Story as told to Lynne Miller

When I was locked up, I left my son with family, but he was removed from their home because of neglect. It was two months before I found out where my son was. It was four months until I heard his voice again. In prison, most of the time there’s no one to help you with a child welfare case. If you don’t know your rights, you’re screwed.

Finally I met with a social worker who told me, “Listen, you have to get it together or they can take your son in 15 months.” She explained the ASFA law to me. ASFA is a federal law stating that a child welfare agency worker has to file to terminate your parental rights if your child is in foster care for 15 out of 22 months.

When she told me about ASFA, I was scared. I went back to my dorm and shared my feelings with my bunkie. She said, “Oh, God, I have children in care, too.” She started crying and crying, and we were crying together.

Word travels fast in jail. We were in a big dorm with 50 women on one side. I’ll tell you, the sound of 50 women crying is horrendous.

But since I’ve been released, I’ve learned a lot more about ASFA and about incarcerated mothers. 75% of women in prison have children. 11,000 children in New York state have mothers in prison. Can you imagine the sound of 11,000 children crying for their mothers?

While I was in prison, I got parenting and anger management classes and voluntarily entered treatment once I got out. I stayed on top of my lawyer and I made sure I was heard in court.

You know how it is. The judge, the lawyers—they all have their heads down, talking gibberish you don’t understand, but you can stand up and be polite. I said, “Excuse me, your Honor, can I speak?” Of course, the judge told me to sit down, but I was able to ask, “Why am I here? What’s going on? What can I do?”

To them, it was an easy case because my sentence was short and I was eager to get services and get my son back. Still, my son was 12 when I got locked up and he’s 14 now. He’s coming home in a few months.

An Advocate for Prisoners

Since my release, I’ve also gotten involved in advocacy. I went to the Correctional Association of New York’s Women in Prison Project and got involved with a program for women who have been released, called ReConnect. Basically ReConnect empowers us to speak out against injustice.

That led me to join the Coalition for Women Prisoners, a statewide group with 1,000 members from 100 organizations Anyone who is concerned about making sure prisoners’ needs are met can join. We work on changing policies and writing bills. We’re trying to amend the ASFA law—to change it so it doesn’t hit incarcerated parents or parents in drug treatment so hard.

Our strategy is to convince the New York state legislature to make changes in how it carries out ASFA. Every state can make adjustments to ASFA. Some states are harsh toward parents in prison—they treat a sentence as a reason to file for termination of rights. Some say that incarceration alone is not a reason to terminate. Others go further—under certain conditions, they allow incarcerated parents more time to reunify because of the barriers they face in prison. That’s what we’d like to see in New York.

We can make that happen by passing a bill in the legislature. Basically you get a group together of people who want to change the law, and that group talks to an Assemblyman or Senator who agrees with the change. That person writes a bill to change the law and different committees meet and talk about the bill. If the committees agree it should become a law, they vote for it to go to the floor where everyone votes on it.

Our bill was introduced and passed in the Assembly. Now we need a Senate strategy.

This spring, I worked as Community Outreach Educator. I organized people to go to Albany for Advocacy Day. That’s when 300 concerned individuals, including formerly incarcerated men and women, went to talk with 180 legislators.

Some people we talked to support our bill. We also faced people who said, “Why should incarcerated mothers have a right to visits with their child?”

We told them, “It affects children. The separation can lead to mental health issues and behavior problems, and if those children are in foster care, you’re paying money for that. If a child is in care or gets adopted, you’re paying for that, too.”

Some people can really connect to your story. But many people are thinking about the money only.

The advocacy work I’m doing has made me aware that there are people outside of prison who are fighting for our rights. I don’t feel so helpless anymore.

It’s so stressful to lose your child and go through these mental issues as a result. I felt good knowing: “There is help. I’m not alone.” And I know that nothing is going to change if you don’t speak out.