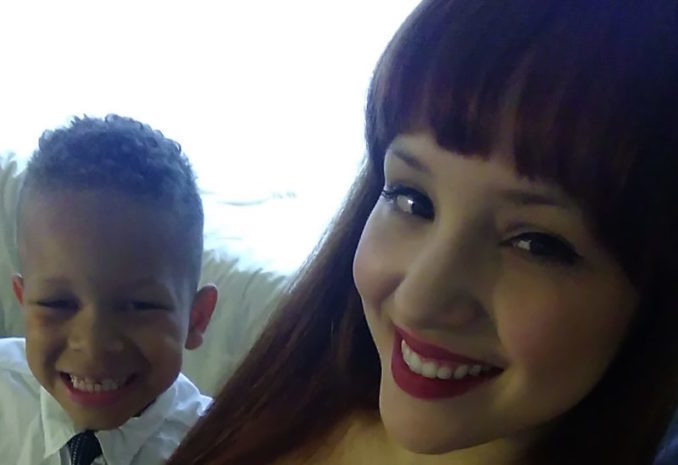 My son was two when I aged out of foster care. Soon I was going to college full time, working 40 hours a week and paying my own child care. Things were easier when I had the group home to help. Once I left care, I had nothing. If I failed, I’d be screwed—and to the shelter we’d go.

I wanted to prove that, just because I grew up in care, there wasn’t anything wrong with me. I wanted to complete college in four years and then get a rewarding job. I didn’t want having a child young to stop me.

But because of my busy schedule, I barely saw my son. Monday through Thursday, I would take my son to daycare, then go to school and work. On Thursday evenings I’d drop him at his father’s for the weekend and then go back to work. I was always super tired and backed up with housework so I often ignored him even when we were together.

At the time, I also didn’t know what to do about his behavior. If we were in the store and he wanted something, or we walked a route he wasn’t used to, he would throw himself on the ground, screaming.

Then the cost of his daycare increased and I could no longer afford it. I quit school and for five months took care of my son during the week and only worked weekends.

During that time, I felt panicked that we’d wind up in the shelter like many other foster youth. I also filled out the food stamp form incompletely and was left without food for two months. I had to ask a manager at work to let me take food home for free. I want to help my son more, but not having money makes that harder.

Finally one day I melted down and went running to my public housing office, shaking, and exploded in tears. The woman there let me cry. Then she adjusted my rent, based on my current pay stubs, down $200 a month so I wouldn’t be evicted. She also connected me to a social worker who helped me find a daycare where my son could go for free.

HELP FOR MY SON

The daycare was great, with small classes and nice teachers. soon, I was able to pick up more work and I even had time to join a gym.

Then one day my son’s teacher told me that when she asked him to bring his chair to a spot at the table, he walked around the table in confusion, and he also had tantrums in class.

We discovered that my son needed speech therapy, and over time his behavior changed drastically because he learned to use his words. When I saw how well he was doing, I felt guilty. All this time I’d gotten angry with him when he simply didn’t understand me. But I also felt good that I’d made a choice that gave him the best shot at achieving his dreams.

After that, things went well for four years. I worked less to spend more time with my son. Unfortunately, I had to put college on hold. But it was worth it to see my son blossom into a funny, talkative kid who loves to dance, play games and read, especially about animals.

Then my sister had a housing crisis and asked to move in with me for six months. I didn’t feel I could say no to her—she’d just had a baby. So I started working six days a week to support us all. Soon after, my son began getting upset and having tantrums in school. The school said they didn’t have the resources to help him so I found him therapy outside of school. My college dream is still on hold.

Right now, I feel tired and stuck. It feels like every time I start to get ahead, someone needs something that makes me put myself on hold. I want to help my son more, but not having money makes that harder. My son’s particularly unhappy in his afterschool program. But I’m working so much that it’s hard to find the time to find a program where he might be happier. I also don’t have the money to pay someone to take him to a program outside his school.

I’m trying to do a little at a time without overwhelming myself. I don’t want to go on public assistance, but if things don’t turn around quickly for my son, I may do it for his sake. Through all the struggles, I try to keep my eye on the prize. For me, that’s college and a job I love. For my son, it’s just helping him be happy and comfortable in his own skin.