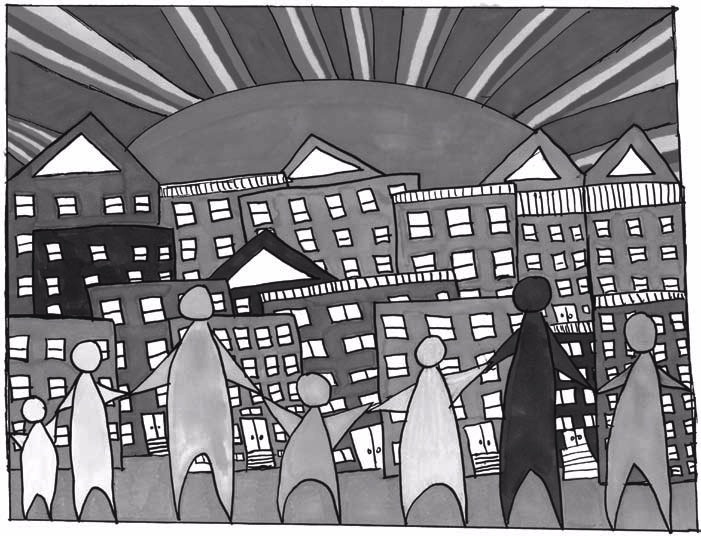 Having no one to turn to makes parenting harder and increases the risk of child maltreatment. But until now, the federal government has mostly funded investigations and removals, without putting much money into supporting and strengthening families. Too often, what that teaches parents is to hide their problems rather than reach out for help.

This summer, Senator Ron Wyden of Oregon introduced the Family Stability and Kinship Care Act, which would allow states to expand support services and keep more children safe at home. A similar bill is now before the House.

Rise interviewed Tricia Stephens, professor of social work at the Silberman School of Social Work; Ross Thompson, professor of psychology at the University of California, Davis; Cailin O’Connor, senior policy analyst at the Center for the Study of Social Policy; and Mary Jane Dessables, director of research and information at the Council of Family and Child Caring Agencies (COFCCA), about the supports that can make a difference.

Q: Why is having support important for parents and children at risk of entering foster care?

Stephens: For the past several years I have interviewed child welfare-affected mothers in New York City about how trauma has affected their lives, who helped them cope with trauma and what helped them bring their children home from foster care. Moms who were able to successfully connect to “social supports” fared the best. Having someone listen who they felt was not judging was one of the most important benefits. Church was often an important place for this. So were groups with other parents who’d had children in foster care.

Having trusting, supportive relationships with professionals in the system also made a difference. Many parents described negative relationships with their caseworkers. But parents who were lucky enough to develop strong ones said that getting that insider support—along with reliable, on-time information about navigating the system—was tremendously helpful in bringing their children home.

Thompson: In my book, Preventing Child Maltreatment Through Social Support: A Critical Analysis, I look at research that shows that when you’re in a crisis, people around you can get overwhelmed and withdraw. When you live in poverty, everyone in your life may be facing lots of stressors. That can leave whole communities exhausted.

People who need help may also feel humiliated by their needs or even resentful of people who try to help them, especially if they can’t give anything back. People who have been exposed to trauma in the past or feel they have to protect their children from bad influences can also find themselves very isolated.

Stephens: It’s impossible to ignore the role that child welfare involvement itself plays in social isolation. Many of the moms I interviewed faced a lot aggressive judgments that they weren’t good mothers or good people, and had a lot of inner conflict about how they were perceived. These interactions often fueled feelings of shame and further isolation.

Q: What can child welfare do to make it easier to find support?

O’Connor: Often in child welfare, social support is seen as “fluffy” or an extra, even though there’s a lot of research on how isolation is a risk factor for maltreatment. Child welfare systems ought to make it much more of a priority to help parents build a support system. There ought to be programs that coach parents on how to make positive connections.

Thompson: Systems can also provide support in ways that reduce humiliation. They can provide services at home, church or a community center, rather than in child welfare offices. Finding ways for parents to give back—for instance, in a support group that allows parents to both get and give support—can be a wonderful way of breaking through isolation.

Programs that connect informal sources of support, like peers and people in your community, with formal sources of support, like psychologists and social workers, have also been shown to be effective. People coming from outside the community aren’t going to be immediately trusted or know what the community needs. You need leaders inside the community for that. At the same time, outsiders often have resources and expertise that communities sometimes lack. It can be powerful when these two groups work together.

Some communities have begun to mobilize around the idea of neighbors helping neighbors, by creating places for people to come together to address the concerns of the community as a community. It’s a model that requires a lot of coordination and overcoming a lot of barriers. But it also has the potential to change the social support families feel every day.

Q: If the Family Stability and Kinship Care Act becomes law, how might it change child welfare? What other reforms do we need?

Dessables: Right now most of what federal funding pays for is foster care placement. One of the best parts of the bill is that it would open up funding so that states could take some of the money they use now for foster care and use it to help at-risk families in their homes. Similarly, when a kid goes home, there’s not much money to help that family make sure the child doesn’t come back into care. The Wyden bill would help to increase those services.

If the bill passes, we think that would be a major step forward. But those services would only be for families deemed at-risk of foster care placement. We would also like to see child welfare systems invest in services for all families, particularly in communities where the largest proportion of kids in foster care come from. If we started investing money in supporting families in the highest-risk neighborhoods right from the moment their children were born, we might see a very different picture in the long run.