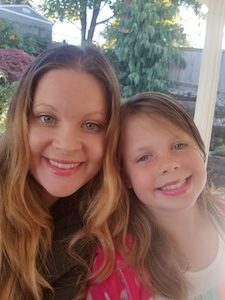 In 2007, Children’s Home Society of Washington held a statewide summit for child welfare leadership. Parents who had been involved with the system made up 10% of participants. The keynote speaker, Brenda Lopez, “stunned everyone with her story of losing her kids and then getting them back and becoming a transformational person,” says Nancy Roberts-Brown, former director of Catalyst for Kids, a statewide coalition affiliated with the Children’s Home Society.

That summit led to two parent leadership efforts: the Washington State Parent Ally Committee (PAC), which focuses on statewide policy advocacy, and the Parents For Parents program, which provides peer mentoring for families in the dependency court system in 14 counties.

Hegle: While my case was still open, I was invited to observe one of the PAC meetings. I was really nervous but I wanted to see if I had a role in any of this. I remember recognizing that all of the pain of my past could now be used to help change the trajectory of the parents behind me.

When my case closed, I began mentoring parents, literally the next day, through the King County Parents For Parents program.

It’s powerful if you can imagine a room of parents like myself who’ve been through intense personal pain and trauma—and now we’re on the other side, walking families through the system, seeing social and racial injustices, and then identifying opportunities for change and ways to raise up parents’ voices at the policy level.

In the last 7 years, PAC has helped pass over 20 state legislative items and budget reform efforts. We’ve
been writing our own bills and following them through all the way to the implementation stage. And that doesn’t include all the other bills where legislators have said, “Wait, have we heard from a parent?”

An early bill was about background checks, to make it easier to place children with relatives. Another was to give incarcerated parents more time to reunify with their children. A bill instituting Family Assessment Response (FAR) changes how investigations are handled so that parents facing more minor allegations aren’t facing a really scary investigation. Through a bill passed in 2015, the Parents For Parents program was funded by the state with a goal of expanding to every county by 2021.

When we’re developing our advocacy agenda, we look at: 1) What are the barriers parents are experiencing in multiple communities across the state? 2) What are issues other organizations are not thinking about? There’s always a battle. We’ve moved the needle forward in one area, but there’s always more to do. The biggest themes are: housing, parent-child visits, incarcerated parents’ rights, racial and gender inequity, and prevention to keep families from entering the system.

Parents at Every Table 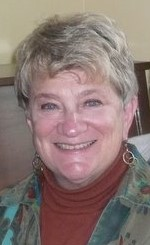 Roberts-Brown: The overall goal is that parents affected by the system be part of the team as a matter of course. People now say, “We don’t want to have this meeting if we don’t have the parent voice. We have to know how this is going to impact parents.”

Hegle: What’s needed now is funding, funding, funding. We have parents with all of this passion. But people also have kids at home and not a lot of money. If parents are experts, they should be compensated accordingly. We’re making a lot of strides funding direct service work, but if you have the word advocacy in there, it’s much harder.

Parents also need a lot of training and supervision. One of the hardest things for me is trying to be a change agent within a system that makes my heart break. Parents are very, very stigmatized in the child welfare system. Working with our Parent Allies, I see times when their whole demeanor looks completely different. Often it has to do with the burden of what’s happening at the ground level to families, which is very hard and demeaning in many, many of our cases.

Roberts-Brown: The impact parents can have also depends on the system. If parents are welcomed and trusted and listened to, then they can be totally instrumental in advocating for parents. If someone brings in a parent but doesn’t believe in parent advocacy,
that can be an impossible situation.

Hegle: When we first come into a brand new community to begin a Parents For Parents program, we reach some resistance—some fear and biases come up. It really takes those professionals who are change agents in a community to say, “This is a great thing.”

Collaboration is a big key to our success. Parents working in the system have to work even harder to show professionalism. We may have to deal with really hard things being said and done to us, but we just have to keep reminding people that love conquers
all and that parents really can spearhead a movement.

Roberts-Brown: I will never forget, when FAR was becoming law, one of the key child welfare legislators came to one of our meetings. She was a very strong child advocate. She was a very strong foster parent advocate. But she was pretty wary of parents. She was going to spend 15-20 minutes with us. We had 15 or so parents at the meeting who introduced themselves one by one and told their stories. Her jaw dropped. Her eyes opened. She took copious notes. She spent an hour with us, and she left the room an advocate for parents.