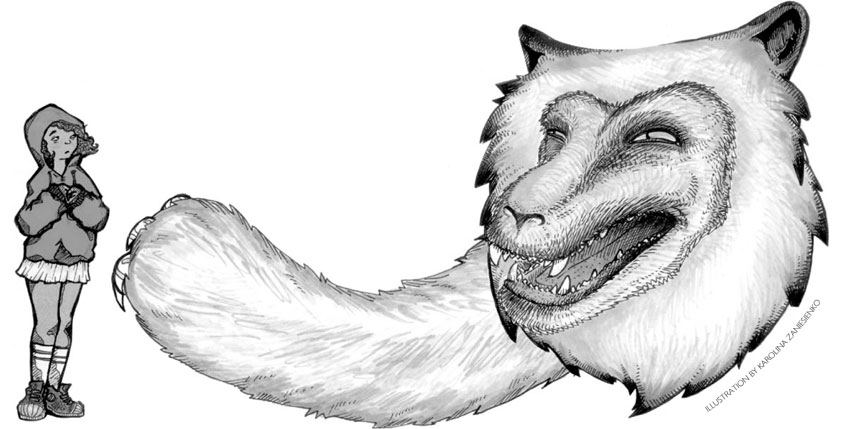 When my daughter was 12, she was kidnapped and sexually assaulted. She went through the trauma of being raped and left to die. This had a devastating impact on her life and mine. She is only now, 15 years later, beginning to heal.

It happened one morning when I left home early to go to a job interview and my children, Pilar and Maurice, were late getting ready for school. Maurice missed the bus and Pilar decided to walk him to his school, which was in a problem neighborhood.

After she dropped him off, she headed back toward her school. Two young men approached her and took her to an abandoned house where they tied her up and assaulted her and left her there alone. She was there for eight hours until the owner happened to come by and find her.

‘We Found Your Daughter’

I found out that she was missing at about 11 a.m. The school called because Pilar did not show up. I became frantic. I immediately called the police to file a missing person report.

They started looking for my daughter. Hours went by and felt like forever. Detectives kept questioning my mother and me. I felt so guilty for not being home that morning. I told myself, “This would never have happened if I did not have to leave so early. I’m a bad mother.”

Finally I recieved a call from the police. “We found your daughter. She is OK. Please meet us at the emergency room.” When my sister and I arrived at the hospital, I was allowed to be with my daughter for the examination. I tried my hardest to be reassuring, telling her, “Everything will be all right,” stroking her hair, kissing her and telling her that she would never be alone.
We went to therapy as a family, moved out of that neighborhood, and my husband and I tried to be supportive, but because my husband and I were not getting along and I was overwhelmed by what happened to my daughter, I was disgusted with myself and depressed. Looking back, I wish I could’ve been more affectionate and patient with my daughter. I wish I’d been stronger for her and that I could’ve reached out to her more.

Getting raped affected Pilar in so many ways. My daughter had nightmares, she began bedwetting and she became depressed. Her grades dropped dramatically and by the time she entered high school her interests turned to trying to fit in with a peer group that had also had bad experiences. They were loud, obnoxious and disrespectful, speaking whatever came to their minds. I think my daughter valued their friendship because she could express her pain around them.

My daughter also became rebellious and sexually active with any guy that would give her attention. I learned through therapy that being raped might make someone either afraid of intimacy or promiscuous. I don’t know why, but she became promiscuous.

When my husband and I would speak to her, my daughter said that she liked the roughneck look and the boys with the thug attitudes, and that they were not boring like her father and I, who were too straight. She told me I was a Miss Goody Two Shoes.

When we tried to protect her by putting her on punishment—no telephone, no company, must be in the house by 9 p.m.—she would still do whatever she wanted, playing hooky or even running away for months.

In my head, I knew that these behaviors were the symptoms of what had happened to her. But in my heart, I felt angry at my daughter because she would not even try to give the therapy a chance. Instead of exploring what happened, she just told me that what happened to her was my fault. Her father would point some blame my way, too.

As my helplessness and guilt turned into bitterness and anger, I questioned my love for my child, my beautiful daughter.
My daughter was only 17 when she had her daughter, Cyre. The first year, Pilar lived with us. While she was not necessarily doting, she was caring and tried her best.

Then, one year later, my husband died following a long illness. We were all in pain and feeling vulnerable. My daughter had been the apple of her father’s eye. I believe she was the most devastated when he died.

Not a Whole Person

A year after that, Pilar gave birth to Ayanna and moved out with her daughters. For a long time already she’d been drinking and smoking weed, but once she moved, it started to affect her parenting. She began leaving her children with strangers and not coming back to pick them up for a few days. Or she’d smoke weed and drink until she passed out in a deep sleep, unaware of what her children were doing. Once when I was there, Cyre was hungry and I saw her go to eat the cat food.

I felt angry, scared and ashamed. I thought of myself as a caring and nurturing mother, but somehow I failed my daughter. How could I have raised a daughter who would neglect her child? I blamed myself for her behavior.

I tried to empathize. I knew that Pilar wasn’t a whole person. She was still grieving from her injuries and the death of her father. But even when I tried to help, Pilar took my actions as criticism, a personal assault, like I was the enemy in a war between us.

The City Stepped In

When she rejected me, she made me feel like I meant nothing to her, like I was a nobody in the street. I felt so frustrated and sad. All I wanted was for her to snap out of it!

Since I couldn’t seem to help her, over the next few months I began stay away from my daughter more and more. I traveled a lot, visiting my siblings and mother, dealing with my own grief, and focusing on my son.

Then one night I received a call from my daughter, crying, “They took my kids, Ma! I don’t know where they took them”

“ACS and the police.”
When ACS (New York City’s child welfare system) came into her life, Pilar and I talked about what to do. Eventually, my daughter agreed to let the judge terminate her parental rights and I adopted her two children. We discussed that she would still be in their lives and that she could get herself together and take them back.

It was not easy for me to become a parent again. It’s exhausting, physically and emotionally.

Even so, I embraced her children as my daughters. I put Cyre into pre-K, potty trained Ayanna and weaned her from the bottle. From the beginning, Ayanna had a warm, affectionate, happy disposition. Cyre, on the other hand, acted stubborn and angry and threw tantrums. Cyre had lived with her mother for longer, and she missed her more.

At the time I took her daughters, I think Pilar was relieved. She was definitely very overwhelmed by the responsibility of caring for her two small girls. But I think that my daughter also felt ashamed and alone when she lost her kids. The first few years that my granddaughters lived with me, Pilar had very little contact with the girls and me. She would talk to them on the phone and make a plan to see them, but would not keep her word.

I found out later that she had formed a close relationship with the family of her new boyfriend, and that she eventually had two more girls with him. It was very hard for me when I didn’t know where Pilar was or how she was doing. I don’t think she knew how to handle our relationship either.

One day when she visited I noticed she’d put on weight, but she didn’t tell me she was pregnant. The next time she came, she put a baby carrier down in the living room and asked me, “Do you think you’ll like your new granddaughter?” I was very angry at Pilar for how she was treating her daughters and me. That time in our lives felt very strange and out of control.
Looking back on my relationship with my daughter is hard for me. It’s easier for me to focus on our lives now, because things are finally getting better for her and me.

After she spent a short time in jail in 2001, Pilar became serious about turning her life around. She said that she never wanted to be locked up ever again, and since then she has truly grown as a woman and parent. She finished a training program that helped her get her life together. Since then she has been working and has moved into an apartment of her own

With the two daughters she has at home, she makes sure they get to school on time, do all their homework, go to bed on time, and respect their peers as well as adults. She makes them her priority. It gives me great pride to know that my daughter has come a long way in the last three years. I feel that we are getting over most of the hurdles. We are more loving toward each other and respectful.

It helps that, through years of individual and family therapy, I have been able to give myself permission to forgive myself for not being able to heal my daughter. I think my daughter has forgiven me, too.

I’ve also changed my style of parenting with Pilar’s daughters. I have been more patient and I show my affection more by hugging and praising my granddaughters. I’m proud of how I’ve changed, and I think Pilar is proud of me, too.

Every weekend now Pilar either visits the girls at my home, or the girls stay with her. Having more contact with their mother means so much to them, especially Cyre. The visits and therapy have helped Cyre become less aggressive and worrisome. She even laughs a little more.

There are some things that I will never know or understand about my daughter, but I’m so glad that she has reached out to me again. She is asking my advice, and she recently became engaged and asked me to be part of planning her wedding reception. I gladly accepted.

Although I don’t know what the future holds for us, my daughter and I know that we are family.