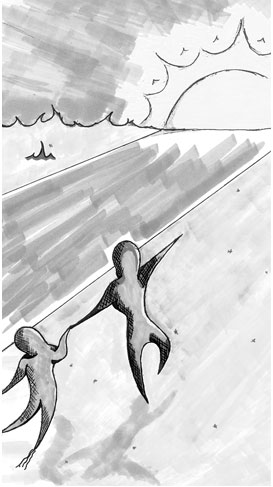 This story is anonymous at the children’s request.

My son was all excited to start first grade. I hoped his transition from kindergarten would be easy. I worried because in nursery school he’d occasionally shown aggressive behavior. His teacher and school officials said, “He’s 5 years old. He will mature.”

But within a month of switching him from a private school to a class of 28 in our local public school, I started to get phone calls home. The teacher said he was disrespectful and would walk out of the classroom after being told he couldn’t leave. At home, I saw my son having more tantrums and crying meltdowns. He really needed reassurance. He was also sleeping restlessly and didn’t want to get up for school.

As my son’s behavior became consistently negative, my fear became almost unbearable. I worried that my own history of substance use was rearing its ugly head. My son was born with drugs in his system. I also feared that my son would turn out like his father.

My son’s father and his family have an extensive history of psychiatric challenges. His untreated mental illness led him to abuse any woman he was with, including me, until I left him.

I used to ask my son’s grandmother about her only son’s childhood. She would say, “He had some challenges.” Later I learned that he was so explosive that his younger sister was kept in a playpen until age 4 because they feared he would hurt her.

When my son began to act up, I thought, “Oh, hell no, my child will not become this dysfunctional man that his father has become. He will become a productive citizen and have normal relationships with people despite his challenges.”

It was clear to me that my son needed some interventions so I requested that the Department of Education do a full evaluation. Even though my son’s misbehavior had become continual, the school dragged their feet.

I was very concerned. By now, the teacher had labeled him bad and was making inappropriate remarks about him at dismissal time. She would loudly say, “Everyone likes when your son is absent.” Or, “He will never be able to accomplish anything because his behavior will get in the way.”

Other parents would say, “Your daughter is such a doll! What happened to him?” I had been the PTA president at that school. Now I was mortified.

The hardest part was seeing how my son was affected by being labeled a “bad kid.” He became more and more resistant to going to school and would say, “Mommy, my teacher and my friends call me names. It makes me sad.”

After hearing for numerous weeks that it would take some time to do the evaluation, I asked my co-workers for advice. “What are my next steps?” I asked. I was introduced to an educational advocate from a nonprofit legal advocacy organization in New York City called Advocates from Children.

Randi was an unassuming powerhouse. She reviewed my case and again requested that the school complete the evaluation. A request from a lawyer seemed to make the school uneasy. The teacher asked me, “Who is this advocate and what is her purpose?” The school immediately began the evaluation.

When the team finally finished their evaluation and we had the Individual Educational Plan (IEP) meeting, my son was classified Emotionally Disturbed, a serious diagnosis. Even so, the school did not put any services in place for my son. I just kept getting phone calls home. I was outraged by the school’s complacency. Clearly, they did not care about my son’s needs.

Randi suggested that I do my own research to find a new school for my son. One option she told me about was the Greenburg-Graham Union Free School District in Hastings NY. “Wow, nice place!” I said, because that’s a fancy suburb. Randi set up a tour and, soon after, the school sent me a brochure. It was beautiful.

The day we visited, my son insisted on wearing a special outfit—a tweed blazer and nice pants. He said, “I don’t want to wear any baby clothes. I am going to school with the big boys and I don’t want to look dorky.” Off we went on the train.

The school tour was wonderful. The school was bright, spacious and very inviting. The campus overlooked the Hudson River and had acres of land—perfect for my son to do lots of running! During the visit, I became hopeful. It was clear that the staff understood my son’s dynamics, and the teachers were very warm, letting my son take the lead and asking him, “Do you know why you’re coming to a new school? What do you want to see here?”

We All Needed Help

I also found family therapy, because My son, my daughter and I were all affected by my son’s difficulties. My daughter, an honors student in middle school, was upset by her brother’s behavior. She’d say, “Stop acting up!”

I knew that finding the right therapist for my family would be crucial so I asked professional friends who they thought would be a good “fit” for my family. I wanted someone who would be culturally sensitive and nonjudgmental. I was also concerned that the therapist be sensitive to my past child welfare involvement. I did not want my therapist to be trigger happy or shape any statements I might make into something worth a call to the State Central Registry.

The first visit with Ms. S. was very exciting for all of us. I made it a big day. First I took the kids out for breakfast and allowed them to choose their favorite foods. When we arrived, Ms. S. asked my son, “Do you know why you are here?” He said, “My behavior is sometimes inappropriate and I need to talk about why I can’t stop myself sometimes.”

Ms. S. smiled and said, “Your son is clear about what going on with him!”

My son loves therapy. Ms. S. is so engaging and talks directly to my son, and she’s helped my daughter better understand her brother’s challenges. Ms. S. truly understands the dynamics of a family that has been separated by child welfare. Ms. S. also reviewed my son’s IEP and told me that my son appears to have Attention Deficient Disorder.

Not long ago, my son started at Greenburgh-Graham. We were able to get him transferred because his school had blown it. They did not follow the regulations to find services for him in a timely manner. At a hearing with the school district, we showed our paper trail and I was able to say that I’d already found a school to take him.

After his first day, my son came home excited. He said, “Mom, I like my new school. They don’t talk mean to me. They don’t make me go to the principal’s office.”

I asked, “What do they do when you are inappropriate?”

“The teachers take me in a special room and talk to me,” my son said. “If I do well, I can earn points to gain privileges.” He earns points by doing his assignments, being considerate to his peers and teachers, and participating in class.

Now my son is up and ready to get on the school bus every day. Some mornings I get a call on my cell: “Mom, call the bus! It’s taking too long. I will miss morning treat!”

My son’s last report stated he is doing well and that the school anticipates promoting him to the second grade. The school has really developed my son’s strengths in math and reading, and the staff help him to cope with anger and losing focus. I’ve seen my son’s self-esteem increase 100 percent. He especially loves to dress up for school like a big boy, with his sweaters and skinny leg jeans.

What a different road my son would be on now if I hadn’t advocated for him. In his old school, he would have lost his spirit, and his attitude toward education would have become, “What for?” The “troublemaker” label that made him very sad would’ve become true.

I’m proud of how my son has rebounded. That’s Mommy’s little sugar!