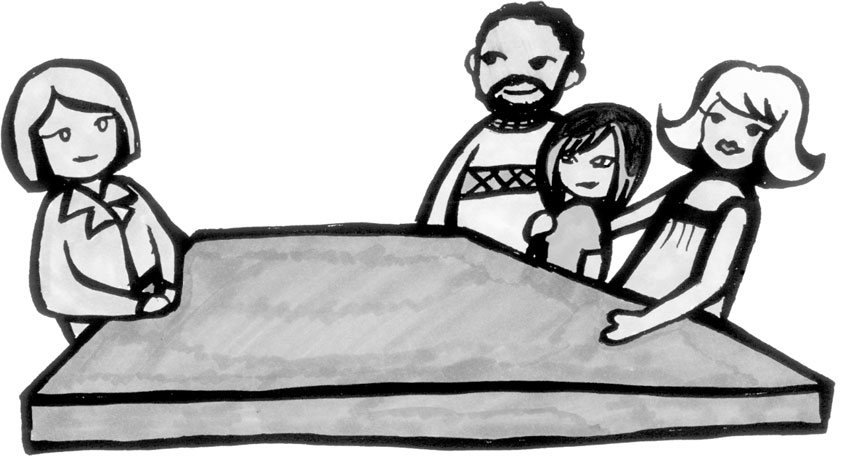 As a parent, dealing with child welfare workers can be an emotional, unpredictable experience. Some workers judge you and others try to tell you what to do before they even know you.

Personally, I found it hard to be open when the worker investigating me was trying to poke holes in all my answers to her questions. I was lucky that I got past the investigation and that my preventive worker was totally different and very helpful. But for others, that kind of initial negative experience can lead to a challenging road.

New York City’s Administration for Children’s Services (ACS) is trying to address experiences like mine and make sure that all child welfare workers are asking difficult questions in a manner that recognizes the strengths families have. Here David Nish, associate commissioner for the Office of Training and Workforce Innovation, explains how the new Workforce Institute is trying to change things for workers and parents.

Q: What’s the purpose of the Workforce Institute?

A: When I came to ACS in January 2015, the mayor had just approved a reform plan for ACS, and setting up a new Workforce Institute was part of that plan. The mayor and the reform plan acknowledged that there were real gaps in how we prepare some of the frontline staff for the incredibly difficult work they do. The Institute is on track to train 3,000 workers this year. It’s for frontline workers across ACS as well as for all foster care and preventive agencies.

Many times over history, workers come in to families and think they know better. But it’s very paternalistic for workers to decide for families what the solutions should be. Instead, we believe it’s a worker’s obligation to listen to families and hear what families want.

If a parent says: “I know I need to go to therapy but I need it to be in my neighborhood,” it’s the worker’s job to find therapy in that neighborhood, not to tell the parent they have to go to another neighborhood. And if a parent says, “I’ve never been really comfortable with therapy,” and wants to try something else instead, workers should understand that parents may know what’s best for them.

That doesn’t mean it’s a free for all. If a child has been removed, workers need to let parents know what concerns need to be addressed in order to get their child back. It’s their job to put the whole situation on the table. But their role is also to help families sort through their options and develop a plan that will be meaningful for them.

Q: Up to now, what kind of training did frontline workers get?

A: Some foster care agencies do a lot of their own training, while a lot of smaller agencies send their workers to outside trainings. ACS has the James Satterwhite Academy, which tries to give ACS staff an overview of everything about the job they need to know. But given the nature of the work and the size of our system, the Satterwhite trainings were really not meeting the needs of employees. A lot of trainings were not taking into account the way adults learn. People were learning in an academic way.

Now we’re building training sites in each borough, and we’re building simulation centers. One center will look like a courtroom. One will look like an apartment. A third will be individual offices. In those centers, we’ll have workers interview actors playing the part of family members. Whether it’s an investigation, a first meeting with a preventive worker, a removal, or a child safety conference, the rest of the class will be the observers. We’ll tape those interactions, and discuss how they went.

Q: How do you expect the training to affect workers and parents?

A: We’re focusing on two big areas in our trainings: “Motivational Interviewing” and coaching. There’s a lot of research that supports both.

Motivational Interviewing is based on core principles: to listen, to repeat back what you think you heard, to use affirmation, and to be where families are in their process. So for instance, if you say to me, “I was supposed to go to therapy but I only went once,” I might respond, “I think it’s great that you went that once,” instead of saying, “How come you only went once?” Motivational Interviewing is also about helping people set their own goals and find their own solutions.

A lot of workers tell me, “I’ve always been the fixer. I’m the one everyone came to in the family.” But the work is not to fix people’s problems. It’s to sit with people as they fix their own problems.

I think it’s really difficult to stay with someone who’s in pain, and many workers have judgments that they may or may not even be aware of about what think they would be better for a family. Workers have to become aware of those judgments if they are going to be effective.

Coaching is about supervisors using those same approaches to empower frontline staff to think on their own. Instead of telling workers what to do, coaching is about asking questions that help worker realize they can solve their own problems.

Q: What obstacles do you face?

A:There are a lot of obstacles: high turnover, high caseloads, agencies that need people to go right in to do the work. ACS has nearly 11,000 employees, and it’s complicated to shift a culture in such a large system.

We have a long list of ways we want to grow the Workforce Institute. We want to develop motivational interviewing courses for working with teens with trauma, with fathers, with parents with developmental difficulties, and parents who have repeat involvement in the system. We’re taking a customer service approach to our work. We have to realize that when we see families who keep getting involved with our system, we haven’t met their needs.

When you develop training programs, you also have to decide whether to make all your trainings mandatory. In the past, ACS has been very in that mode. It’s the same as with parents. But we know that people don’t really learn well when they’re required to do things.

What we’re doing instead is using a competency model. We ran focus groups with staff and supervisors to ask them what skills and knowledge their strongest staff have. Foster care agencies, which are monitored by ACS, will have to show that their staff are meeting these competencies. Instead of saying, “You are required to take every one of these courses,” it’s about assessing staff in an individual way—just like we want staff to work with families in an individual way.