In February, the New Jersey Supreme Court ruled that a positive drug test alone, with no other evidence of harm to a child, is not enough to 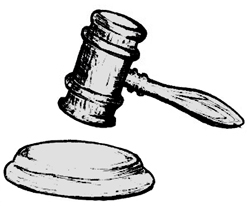 The case just blew me away because I never thought that any court would rule on behalf of mothers using drugs. When my son was born, he and I tested positive for cocaine. I thought I had no choice but to accept that I was a neglectful mother and was going to lose custody of my son.

But the case also confused me. On the one hand, I think anything that makes it less likely that moms will automatically be separated from their children is good. On the other hand, when I had my son, I was addicted to cocaine and at times was neglectful. Was the court saying addiction is OK?

To better understand the case, I interviewed Emma Ketteringham, the former director of legal advocacy for National Advocates for Pregnant Women, which represented the American College of Obstetricians and Gynecologists and 50 other groups and individuals who appeared as “friends of the court.” They provided their expertise to help the court make an informed decision. Here’s how Ketteringham explained the case:

Q: Can you describe the case?

A: This was a pretty typical case that you see in family courts across the nation every single day. The mother, known as A.L., gave birth to a baby. A.L. was screened for drugs and so was her child. The drug test came out positive for the mother, and, ultimately, for the baby. Even though there is no law requiring that a hospital report a positive toxicology, the hospital called the Department of Youth and Family Services in New Jersey (DYFS) and reported the mother for child abuse.

When A.L. was asked about the cocaine use she denied it. She gave an explanation that most people found hard to believe—that she had had a struggle with a friend who had a bag of cocaine and the cocaine exploded all over her car. To me, it makes sense that a parent would deny her drug use in a system that threatens drug dependent mothers with losing custody of their children.

As a result of the report, DYFS removed A.L’s newborn child from her care. A.L. went to trial.

The law says that for a parent to be found guilty of child neglect, the child welfare agency must show that the child has either been harmed or is at risk of “imminent harm.” At the trial, DYFS couldn’t show that cocaine exposure had harmed the baby because the baby was healthy at birth. Instead, DYFS argued that the child was at imminent risk of danger because the mom was using drugs.

But after the birth, the mom tested negative for drugs, and when DYFS visited the home, it saw that the mother and baby were living with the child’s father and his parents, that the people in the house were stable, and that the baby was well cared for.

Even so, they basically said to the judge, without presenting any actual evidence: “We all know it’s true that using cocaine during pregnancy harms babies and that the mother’s use means that the baby is imminent danger.” And the judge agreed. A.L. lost.

A.L. appealed and the case eventually came to the New Jersey Supreme Court. A.L.’s lawyer argued that drug use alone was not child neglect because the state had not provided specific evidence that the mother’s drug use posed a risk of harm to her child.

Q: What do you want child welfare systems and the courts to understand from this decision?

A: One of the most important messages from this decision is that child welfare cases need to be treated like real cases. The state shouldn’t be able to remove a child from his or her parent’s care without actual evidence of harm. We can’t just assume that a parent’s drug use is harming her children; the state must prove its case against you.

Too often, mothers who come to the attention of the child welfare system are treated as if they have no ties to their children and their children have no ties to them. The courts and the child welfare agencies act like it’s not a big deal to put a child in foster care while they figure out what’s going on. In this case, a healthy newborn was separated from her mother based on assumptions about drug use. This would not be acceptable in any other court addressing any other legal question.

What this New Jersey decision is saying is: Family court cases are important proceedings with very high stakes. The burden of evidence must be taken as seriously in these cases as it is in other legal proceedings. It’s saying: “You’re a court. You have to act like a court. You have to require actual evidence of harm and risk of harm. You have to have experts.” Now it’s the job of advocates to hold the courts to that standard.

Q: What does this case mean for pregnant women and mothers who are struggling with drug use?

A: The reality is using illegal drugs during pregnancy is not safe. But the reality is also that many parents who use drugs can overcome drug dependency while caring adequately for their child.

What might surprise many people in the world of child welfare is that the American College of Obstetricians and Gynecologists has come out with a very strong statement urging states to get rid of laws that require doctors to report any suspicion or evidence of drug use to child welfare. These laws drive women away from accessing health care and services that can help them take care of themselves and their baby during pregnancy. When doctors report drug use to child welfare, pregnant women who have a problem with drug use are scared to get help because they know they might lose their baby to foster care. But study after study shows that, whether or not you’re using drugs, if you get prenatal care, you have a much better chance of having a healthy baby and a positive outcome. We want pregnant women to get prenatal care from a doctor even if she’s struggling with drugs.

I tell women who are pregnant and using drugs that there is help for them. If they need treatment, they should enter a drug treatment program and see a doctor for prenatal care. Many understandably are afraid to go to treatment. There is a risk that if you admit to drug use, a child welfare case may be filed against you when your child is born. But parents have a greater chance of keeping their child if they are in treatment, especially if you’re able to find a mother-child program.

If you’ve used drugs while pregnant, you may feel hopeless about yourself and your child, but there are ways to reduce harm to the developing baby. Eating well, getting prenatal care, sleeping, and moderating your drug use even if you can’t stop altogether can improve the health of your pregnancy. You don’t need to think that your child is doomed to failure if you used a drug while pregnant. Studies of children exposed to drugs during pregnancy have found that children exposed to drugs prenatally do not suffer unique harm. The most important thing is for women who are struggling with drugs not to feel afraid to get prenatal care and be honest with a doctor or a treatment provider about needing help.