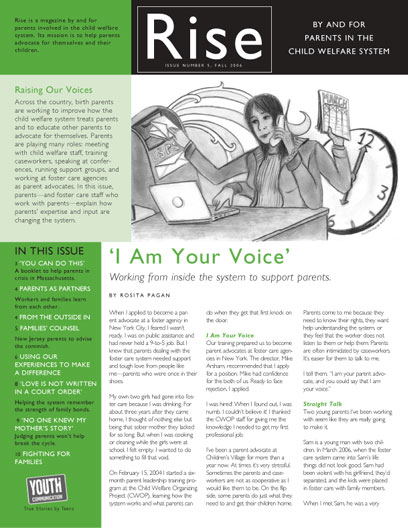 Across the country, birth parents are working to improve how the child welfare system treats parents and to educate other parents to advocate for themselves. Parents are playing many roles: meeting with child welfare staff, training caseworkers, speaking at conferences, running support groups, and working at foster care agencies as parent advocates. In this issue, parents—and foster care staff who work with parents—explain how parents’ expertise and input are changing the system.