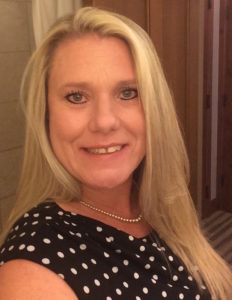 When the child welfare system first came into Toni Miner’s life, she felt shamed and blamed and not supported. For many years, Miner hid her problems—and that led child welfare to come back into her life.

Today, as a family support partner in Jefferson County, Colorado, and a member of the Birth Parent National Network, Miner believes it’s still too hard for parents to be open about their struggles, but she also sees that families do better when parents and workers are able to build that trust.

Here Miner shares her thoughts on why it can be so hard for parents and workers to trust each other, and what both sides can do about it.

Q: How did you get involved with the child welfare system?

A: Back in the early 1990s, when my oldest daughter was about 5, she was sexually abused by a trusted non-relative. Social services came into my life and told me that I was not a protective parent. They did nothing to help or help me help my child cope with what had just happened to her.

I took everything and swept it under the rug. When my daughter tried to bring it up, I’d say, “We don’t talk about that kind of stuff. It’s dirty.” She became a very troubled kid.

When she was 8, I started getting into drugs. I used meth every day for 6 years. I put my two daughters in some very dangerous situations throughout my drug use. Then child welfare came into my life again.

But I was lucky to have a truly amazing caseworker. He even came to criminal court to beg for me not to be put in jail because he saw something in me that I did not see in myself.

Now I work as a family support partner in Jefferson County, Colorado. My purpose is to help other parents succeed.

Q: A lot of parents don’t feel like their worker sees the good in them. They feel their worker knows nothing about them, or sees them as a monster, and they’re afraid that if they talk honestly, it’ll be used against them.

How can parents make a relationship with their worker without putting themselves at greater risk?

A: I’ve seen the dangers of both approaches too many times.

On the one hand, a parent has an open case but the children are still at home. Then a parent opens up, and the next thing you know, the worker is removing those children because of what the parent said. When a worker says one thing and then turns around and does the opposite, there’s no way a parent will even think about engaging with them.

At the same time, your worker provides information about you to your agency and in court, so you have to work with that person whether you like them or not. When parents go blindly through the system just to get through it, they’re also less likely to get their needs met and more likely to wind up back in the system.

The burden shouldn’t be on parents to build that trust. But there are things parents can do.

One way parents can begin to build a relationship with their worker is by sharing positive things about their family. All too often, everyone focuses only on what that parent has done bad. We as parents need to let workers know what’s good about our families.

As your case continues, you may also want to share insights about the issues that your worker knows you’re dealing with. For instance, if the issue is domestic violence, you might say, “I see that my children have been affected by the situation. Even though I was doing what I thought I had to do to protect them, they lived through it, too.” Showing the worker that you’re aware of your children’s feelings can increase the trust your worker has in you.

Deciding whether to open up about challenges you worker doesn’t know about is really difficult. It’s a calculated risk you have to decide whether to take based on the kind of relationship you and your worker have developed.

Q: What about if your worker isn’t helping you get proper resources in a timely manner?

A: Workers are supposed to help parents gain whatever resources they need—not necessarily call all the programs, but at least get families going in the right direction. It’s also a worker’s responsibility to communicate clearly when they’re going to get back to parents. When they don’t, parents don’t know where they’re going, or what they’re supposed to do.

But the reality is that most workers also have more cases than they’re supposed to. Workers have told me they’ve had days when they ate ketchup packets for dinner because they had no time to eat. It can be helpful for parents to acknowledge that their workers are busy.

If more time passes, and you’re thinking of going to the supervisor, I always encourage parents to talk to the worker again first, because chances are you’re still going to have to deal with that worker after that call.

Even if you’re just leaving a message, you might say something like: “I really feel like you’re not taking my case as seriously as I feel it is.” Or, “I feel like I’m not getting the help that I need from you. I’m wondering if I need to go to your supervisor.” That may make your caseworker mad. But it’s better if you give your worker that warning. And if your worker is clearly not doing her job, the supervisor has to know.

At the same time, you can look for other people who can also help you. Sometimes your lawyer can help you find resources. If your agency has parent advocates or mentors, they can be a help to you and to your worker.

Q: What can workers do to work more effectively with parents?

A: One thing the whole system needs to do is to respond much more positively when parents are honest.For example, while I was in the system getting help, no one was paying attention to the trauma my children were going through, and eventually my oldest developed her own addiction to meth that she is working to overcome. My daughter is also a parent, with a child welfare case.

Last year, my daughter called me and told me she’d relapsed. I told her that I had to call her worker. My daughter was so mad at me. By the time the worker came to her house, she’d already stopped using, so her urine analysis came out clean. Still, she told the worker truth. She was accountable. She’d never done that before in her life. I was proud of her.

After that, her caseworker became so creative and the agency used funds to bring in more services so my granddaughter could remain at home. This is what casework should be: recognizing strengths and minimizing trauma on children.

I also think the entire system can do more to help parents take charge of their own cases. Too many times, all the power rests in the hands of social services to tell parents what do, but parents should be involved in creating their own service plans. Workers can also encourage parents to ask questions. Workers need to tell parents: “If you don’t understand, ask why, ask what, ask how. It’s your life, your family, your children. You need to ask.”

When I was a parent partner, we would give out handbooks to parents. The handbook explained their rights, and what questions to ask. It answered frequently asked questions. Parents all the time were saying to their workers, “OK, but why not this? What about that? It says in black and white that this should be happening. Why isn’t it?” It made some workers very angry. But I think that parents did better because they had that book.