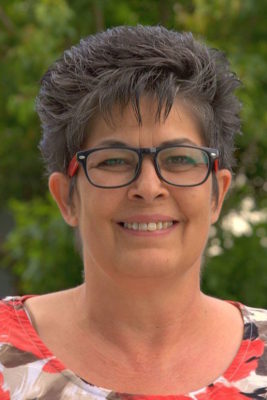 Interview with Sherry Tomlinson, a parent leader in Columbus, Kansas

For more than 15 years, Sherry Tomlinson worked in the child welfare system. Then she lost her son to it. Today, she runs a recovery and jail ministry in Columbus, Kansas; works alongside an attorney representing parents in family court; and is an active member of the Birth Parent National Network, a national coalition of parents affected by the child welfare system.

As a parent helping other parents navigate the system, Sherry shares her insights into how parents can manage their anger, report problems effectively, and come up with a plan for success.

Q: Can you tell us how you got involved with the child welfare system, first as a worker and then as a parent?

A: When I went to school to be a social worker, I wanted to work with the elderly. But when I graduated, the only opening at the social service agency was working with children and families. I worked as a family service worker for about a year, and came to love the work. Then I moved over and did investigations for just shy of 15 years.

When I was a worker, I thought that the parents I worked with knew that I was always trying to do what was best for children and families. Later, when my own child was taken, I learned that even the best intentions are often perceived much differently by families on the receiving end.

How I got involved as a parent is a little more complicated, as it always is. I went through some really traumatic experiences and I developed an addiction to methamphetamines. Eventually, my son was removed from my care due to my addiction. They moved him across state lines and placed him in a kinship home that was abusive.

Most of my contacts with workers in that state were extremely frustrating. I made every attempt to be very honest but it seemed to me that because of the stigma of having been a substance abuser, I was looked at as someone who could not be believed or trusted. Finding someone willing to take my concerns for my son’s safety and well-being seriously was a challenge.

Eventually, a school counselor took an interest in what I was saying and went above and beyond to help my son. That’s when the wheels started turning, and my son was on his way back home. Even though no one at the agency would listen to me, they did listen to another professional.

One thing I tell parents all the time is, “Just because one person doesn’t believe you doesn’t make it OK to stop looking for that person who will.” It may be your caseworker, it may be a parent partner, an attorney, a mental health provider, or a school counselor. If one door is closed, knock on the next door. Eventually you will find someone who will listen.

Q: In your current work, how do you help parents work more effectively with their caseworkers?

A: A lot of parents have a lot of anger at their caseworker and at the system. One of the things I try to do is help them process what’s behind that anger. There are extremely valid reasons for parents to be angry with the system. At the same time, sometimes there’s also fear behind a parent’s anger. Fear of not getting their children back. Fear of failure. When my son was first taken, I had absolutely no belief that I was going to be able to overcome the situation I was in.

Once parents are able to talk about their fears, they’re usually in a better position to move forward in working getting their children home.

I also work with parents to develop their own plan for success.

Normally caseworkers go into a case plan with an attitude of, “This is what we want you to do.” Even if parents think there is no possible way on the planet they can complete the case plan, they automatically agree to do individual counseling and family counseling and treatment and visitations three times a week. The parent will say, “Oh yeah, yeah, yeah. I can do it. I can do it.” All that parent is thinking about is getting their child back.

But agreeing to a plan you can’t complete or that you don’t think will help may put your family in even greater jeopardy. Instead, parents need to think about what they believe will help their family, then find a way to share that respectfully with your caseworker.

Sometimes as parents, we have a hard time asking for help. But parents need to be able to voice what they think will help them in order to better their families.

Q: What can parents do if their visits are being cancelled?

A: Going to visits and getting your visits is extremely important. If your visits aren’t being kept and you want to talk to your worker about it, or if you plan to bring it to the attention of a supervisor or your attorney, you need to make sure you keep careful documentation. That means writing down exactly what happened so you can share details, times, dates and places.

If visits were cancelled, you should write down: How often were you denied visits and on what dates? Why did it happen and what did you do to try to reschedule? Did you call and ask to talk to a supervisor? What was the supervisor’s name and what was said? Write it all down so you can share all that information.

If you missed any visits, you should make sure you can explain those, too. For instance, if you missed a visit because you could only miss one more day of work or lose your job, and that was the only time the worker said that you could visit your child, being able to explain that is extremely important.

You need to have specific examples if you want to be heard and not be dismissed as just one of those difficult parents.

Q: What can parents do if their worker isn’t helping them find services, or the services they’re being sent to aren’t helpful?

A: When I was a worker, we had a resource directory and we’d put that in the hands of parents and say, “Here are all the resources in the county.” I was so proud of it. But when I was a parent, I found out that most of the telephone numbers in that directory were outdated. It was basically a worthless piece of paper.

Sometimes workers don’t know as much about services that work as other parents who have been through it. If you feel like your caseworker isn’t helping you find the services you need, try to find parents who have succeeded in reunifying their families and find out what they did. A Parents Anonymous group, or any parent support group, is a perfect start. You can ask your caseworker, “Are there any parent support groups around? What can you give me as a resource to find support?”