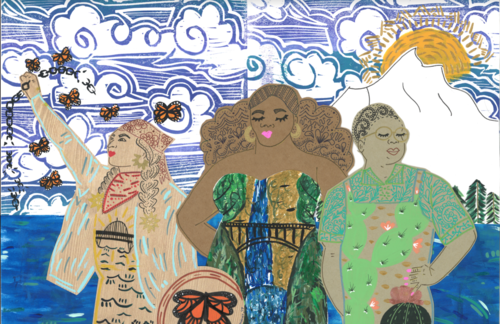 Rise is using the term ‘family policing system’ instead of ‘child welfare system’ because our team believes that it most accurately and directly describes the system’s purpose and impact. While Rise has often also used the term “family regulation system”, the Rise staff led by parents who have experienced the system considered this term “too soft” in describing the harmful role of the system in the lives of families it impacts. “Family policing” highlights the system’s connection to and similarities with the criminal legal system, and also explicitly links our work to broader movements to abolish policing.

Researcher, scholar and activist Dorothy Roberts explains, “The terms traditionally used to describe the system are all positive. “Child welfare system” implies that the system’s purpose is to improve or protect the welfare of children. “Child protective services” states that they are services, and that these services are designed to protect children. “Foster care” explicitly states that it is a form of care. In fact, this system is not about child or family welfare, protection, or care. This system is about regulating, policing, punishing and destroying families.

“We’ve challenged terms that give a false impression of what the system does. Now, we are exploring different descriptions of it. To me, the most accurate term is “family policing system.” Policing captures what this system does. It polices families with the threat of taking children away. Even when its agents don’t remove children, they can take children and that threat is how they impose their power and terror. It is a form of punishment, harm and oppression. I’m not necessarily saying anybody should adopt one term or another, but it is important to challenge the false impression that terms for this system give — that it is about welfare, protection and care — because that is not what it does.”

>> Excerpted and condensed from ‘Abolition is the Only Answer’: A Conversation with Dorothy Roberts by Keyna Franklin, Assistant Editor.
>> Artwork by Eileen Jimenez. Learn more.