In 2007, the mother of two 10-year-old twins with significant disabilities went to New Jersey’s Division on Developmental 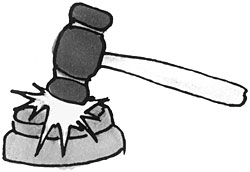 Disabilities for help. They told her they could not help her and suggested she bring her children to the emergency room if she couldn’t handle them. When she did, New Jersey’s child protection system stepped in. They placed her children in a residential treatment center, as the mother hoped they would. But they also stripped the mother of custody of her children, setting a troubling precedent that could make other parents of children with special needs afraid to reach out for help.

Now, five years later, New Jersey’s Supreme Court is set to hear the mother’s appeal. Rise spoke with Diana Autin, co-director of New Jersey’s Statewide Parent Advocacy Network (SPAN), one of the organizations submitting an amicus curiae (friend of the court) brief on behalf of the mother, about the case.

Q: How did this case begin?

A: In 2007, when the twins were 10, they were exhibiting a lot of very dangerous behaviors. One child was running around the house with a knife threatening people. They had been diagnosed with Pervasive Developmental Disorder, and doctors considered the possibility that they also suffered from Bipolar Disorder, two serious diagnoses. (One is a developmental disability, the other is a mental health disability). The children were in a self-contained school program for children with disabilities, but the school couldn’t manage them and was calling home constantly.

The mother was divorced. She was a nurse but had very little support and was desperate to get help. She believed that her children needed to be in residential treatment, at least until they could stabilize. But she didn’t have the money for a private facility.

First she went to New Jersey’s Division on Developmental Disabilities, but they had long waiting lists, and besides, most of their services are not aimed at children. They told her that if she took her children to the emergency room, child protection would put them in a residential treatment facility.

She did just that, and the Department of Youth and Family Services did place her children in a residential facility. But they also took temporary custody of the girls, and then they went to the judge and asked that custody be taken away indefinitely, saying that the mother was not able to manage her children.

We don’t really know why DYFS felt they had to take custody in order to help this mother with her children. We do know that residential treatment facilities are expensive, and we also know that children in foster care are eligible for Medicaid automatically, which will pay for residential treatment. (The children probably would have been eligible for Medicaid anyway, because of their disabilities, but the process might not have been as easy or clear cut.)

The children were in a residential treatment facility for several years. During that time, the father filed for custody, and one of the girls requested to live with him. After that, the judge ruled that only one girl would reunify with the mother, while the other would go home with the father. The judge also ruled that the mother would have no rights to ever visit the child in the father’s custody. Nobody can understand why the mother cannot even see her child.

The mother appealed the case, and the court is set to hear that appeal, either this fall or in the winter.

Q: Why is this case important?

A: If this case is upheld, it could keep parents who have children with special needs from seeking help. This mother was looking for help.

We believe that if this case is allowed to stand, we might never again be able to tell a parent to go to the Division of Developmental Disabilities or the Department of Youth and Family Services for help, even if they are in a crisis. In the past, there have even been a few cases when the state terminated a parent’s rights without a finding of abuse or neglect. If this case is not overturned, we would have to tell parents: “If you go to the state for help, you may potentially be giving up custody of your child, possibly forever.” That leaves children more vulnerable to abuse and neglect.

We worked with a mother a few years ago. Her child was 8 or 9 years old. Because the child had autism, the mother was not able to find an after-school program that would take him. The mother was on public assistance so she needed to go to her public assistance work assignment, which meant she didn’t get home until a few hours after her son did.

DYFS should have been going to after-school programs saying, “You have to take children with disabilities. It’s the law.” Instead they charged her with neglect. Those kinds of cases should never happen.

Q: What can parents of children with special needs do to make sure they don’t become a target of a child welfare investigation or lose custody of their children?

A: First they can make sure they’re doing as good a job as possible advocating for their child’s services in the educational system.

Sometimes schools will fight parents who are advocating for their children in a way that challenges the school. We have even had cases where the schools have called child protection on parents for advocating for their child. If you need help advocating for your child, every state has a parent training and information center. In New Jersey that’s us. In New York, there’s United We Stand, Advocates for Children, and several other organizations. These organizations are funded by the U.S. Department of Education to help parents. Parents who have children with special needs should reach out to them for support. Parents should also learn about additional services their families can access through Medicaid or other systems.

If a parent does become the subject of a case, it’s important for that parent to immediately involve the child’s doctor, psychiatrist, or any other specialist the child may have who knows about the disability and who knows the family. They can help the child protection system understand about disabilities, about the child’s needs, and about how the parent is taking care of their child.

Lastly, parents and parent advocates need to come together and reach out to the state child welfare system to try to educate the system about the challenges facing families who have children with special needs. In New Jersey, we’ve met with people from our state department of education, and our state department of children and families. We try to educate them about the issues that are faced by parents of disabilities and the supports they need. We try to make sure there is more information in handbooks for parents involved in the child welfare system about the rights of families who have children with special needs. We try to insure that the child welfare system has enough information so that they don’t investigate families without good cause.

At the same time, this new office will be part of the New Jersey Department of Children and Families, which also houses DYFS, which makes it even more important that this case be overturned. We don’t want to make it easier for the state to take custody away from parents when they reach out for help.

There also needs to be more training about disabilities for judges, caseworkers, supervisors, and everyone who works in the child welfare system. They need to better understand the challenges facing families who have children with special needs, and not take custody away from parents, or charge them with abuse or neglect, when such actions are inappropriate.